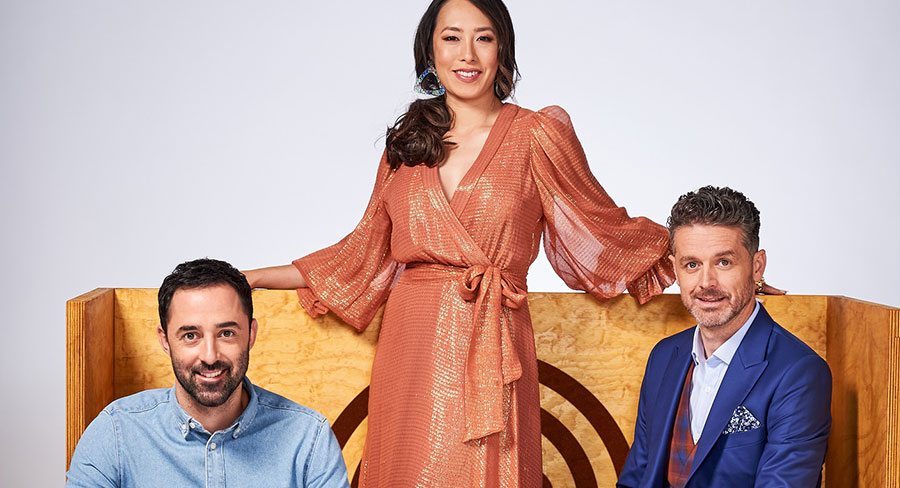 • In the meantime, 10play has all of the previous seasons to watch on demand.

MasterChef Australia judges Jock Zonfrillo, Melissa Leong and Andy Allen are back in the MasterChef kitchen, ready to introduce the next generation of exceptional home cooks.

With Channel 10 saying that this season will be ‘the most delicious season of MasterChef Australia ever’, season 13 is looking tasty.

In a promo released by Channel 10, the three judges muse over what 2020 meant to a lot of people. It was a year where a lot of people had their lives turned upside down, it was a time to ask what we’re doing with our lives and to wonder “if not now, then when?”

The first batch of contestants announced to be heading into the kitchen this year are:

Brent, who says that his cooking is just like his face – not refined at all. He grew up eating meat and three veg, so he’s a 100% self taught cook.

Kishwar, who comes from a big family of cooks, and makes Bengali food that has been passed down from generation to generation. She takes a bit of creating license with it, however.

Minoli, who lost her sense of taste at 31. It’s slowly returned, but the experience gave her a whole new insight and appreciation for food and flavour.

And Elise, who loves feeding people, and wants to make people happy with beautiful food.

MasterChef Australia is produced by Endemol Shine. In a statement about the filming conditions of season 13 and how they comply with COVID regulations, the production company said:

“On the set, changes have been made to the spacing of cooking benches and additional sinks have been added as dedicated hand washing stations. Crew and contestants have limited physical interaction with each other, temperatures are checked daily, and masks are worn at all times when not on camera.”

Channel 10 hasn’t announced a release date for the season 13 of MasterChef Australia yet, but we’ll keep you updated.

In the meantime, 10play has all of the previous seasons to watch on demand.