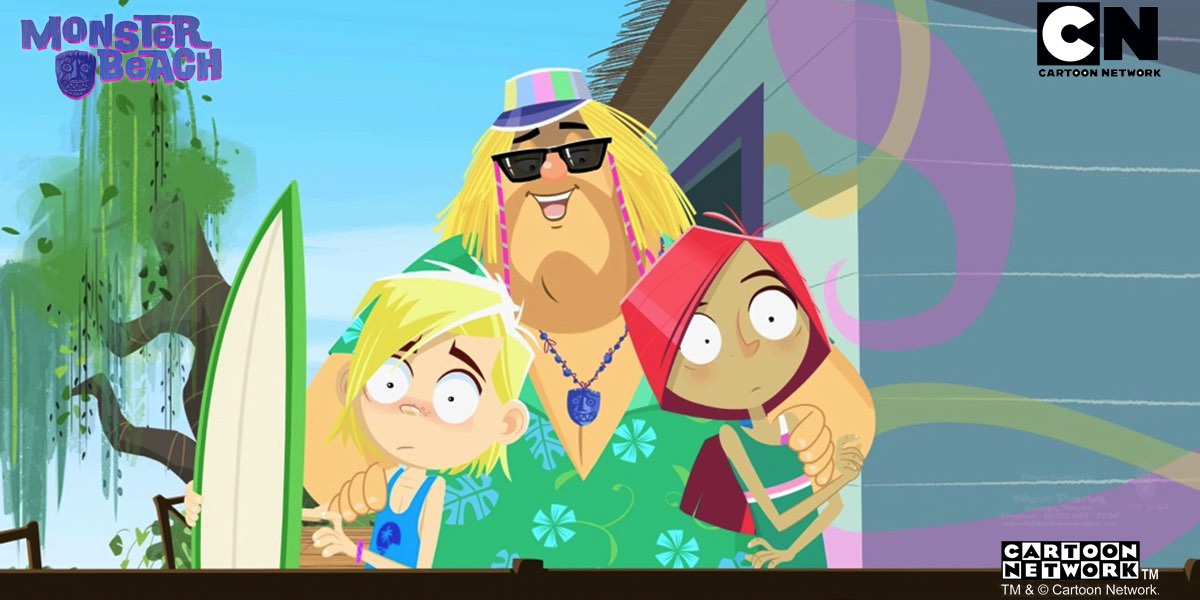 Cartoon Network has announced that four Australian-made animation projects will be part of its regional programming lineup in 2016.

Sitting alongside Cartoon Network Originals from its bricks-and-mortar studio in Burbank, California, such as We Bare Bears, The Powerpuff Girls, Adventure Time and Ben 10, will be a number of Australian-grown comedies from creators hailing from Victoria, Queensland and New South Wales.

Sydney-produced Bill & Tony and The Sketchy Show out of Brisbane are both short-form comedy series commissioned by Cartoon Network.

Another Australian creation, Lasso & Comet, has also been accepted by Cartoon Network Studios’ international shorts program and a short will soon go into production. In addition, Cartoon Network Australia has greenlit a pilot for Monster Beach: The Series. The telemovie by the same name won a 2015 ASTRA award, with Keith Moore recently winning an APRA as composer of the soundtrack, and it’s currently nominated for a gong at the Asian Television Awards.

Mark Eyers, chief content officer for Turner’s kids channels in Asia Pacific, including Cartoon Network and Boomerang, said: “We’re looking to build on our success with Exchange Student Zero and Monster Beach, and develop even more Australia-made content using our “virtual studio model” approach. The level of professionalism of the creators, the creative culture and understanding of comedy animation that can be exported around the world are all reasons for tapping into this impressive talent pool.”

In addition to the TV screen, the content will also air on Cartoon Network Anything and Cartoon Network Watch and Play platforms. Cartoon Network Anything is the recently launched app that provides users a never-ending engagement experience, which is ideal for short-form content. It recently hosted the debut of animated digital series Mighty Magiswords, which offers viewers a choice of different endings. The Sketchy Show and Bill & Tony are slated for a digital debut on the app next year.

For the first time the production team, including voiceover artist Rove McManus, comes together to feature at this week’s  industry event Screen Forever to discuss the universal mix for children’s entertainment: music, animation and comedy.

More about the event here.

Cartoon Network’s Melbourne-based creators Patrick Crawley, Bruce Kane and Maurice Argiro worked on the 13-part comedy-adventure that fuses anime with western animation and ideas. It features the many voices of Rove McManus and the music of Devo’s Mark and Bob Mothersbaugh.