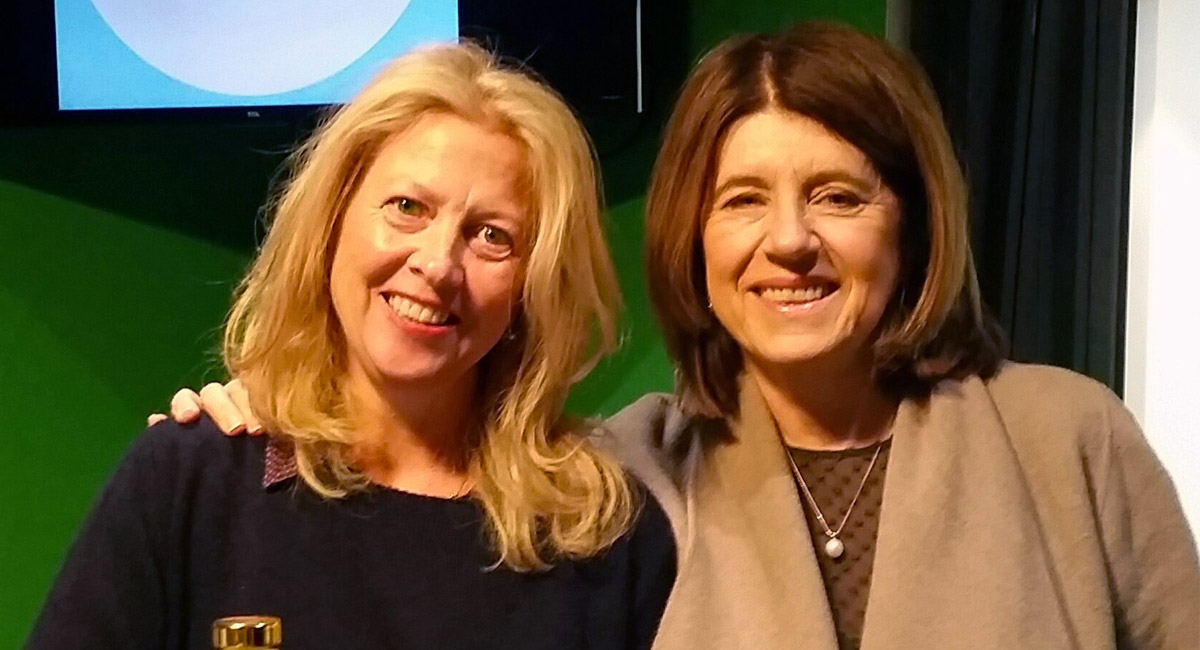 The new Don’t Shoot The Messenger from the expanding podcast division of Crocmedia launched this week. The podcast features former colleagues and lifelong friends Caroline Wilson and Corrie Perkin. The two chat daily on a morning walk, now that discussion is being polished up for a podcast.

While Wilson is well known to many via her role as football writer at The Age and her TV and radio work, Perkin has shunned the limelight more recently via her career as a Melbourne bookseller.

In the introduction to their first podcast, Wilson describes the couple as mutual bridesmaids, and notes they first met at RMIT journalism school with Wilson later a cadet journalist at The Herald, while Perkin was a cadet at The Age. Wilson also noted that Perkin was a football writer before Wilson was, and indeed was the reason Wilson became a football writer.

Wilson also describes Perkin as “Melbourne cultural ‘it’ girl”. Wilson also teased that at college they had a mutual hatred of somebody she said who went on to become more famous than they are. When asked to name them, Wilson said “No way”.

After promising to get to the big issues later in the recording, episode one started with talk about Princess Diana. The big topics later included commentary on the AFL, the retirement of St Kilda’s Nick Riewoldt and the best in food, books, TV and movies. There was a brief discussion about Eddie McGuire with more promised next week.

One of the featured segments is called Grumpy Old Women.

Find the podcast on iTunes.