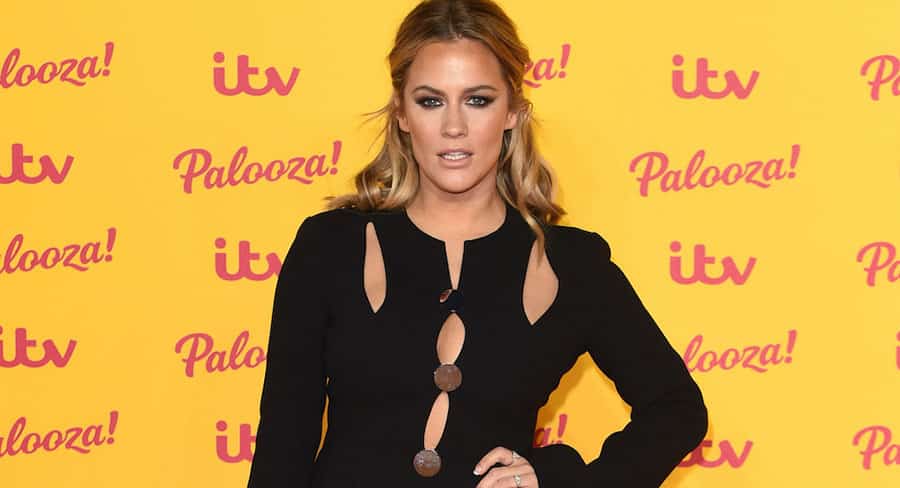 The death of the former host of ITV’s UK edition of Love Island, Caroline Flack, has shocked both the British television industry and television fans. Her death was reported on Saturday with her management revealing she had taken her own life.

Flack’s death comes three weeks before she was due in court for an alleged assault on her boyfriend.

Flack stepped down as the host of Love Island late last year following the assault charge. The current Love Island series screening on ITV in the UK and on Nine in Australia is being hosted by Laura Whitmore. ITV revealed late on Sunday UK time that it would not be screening the Sunday episode out of respect for Flack’s family. The Monday episode is believed to running a special tribute to Flack. 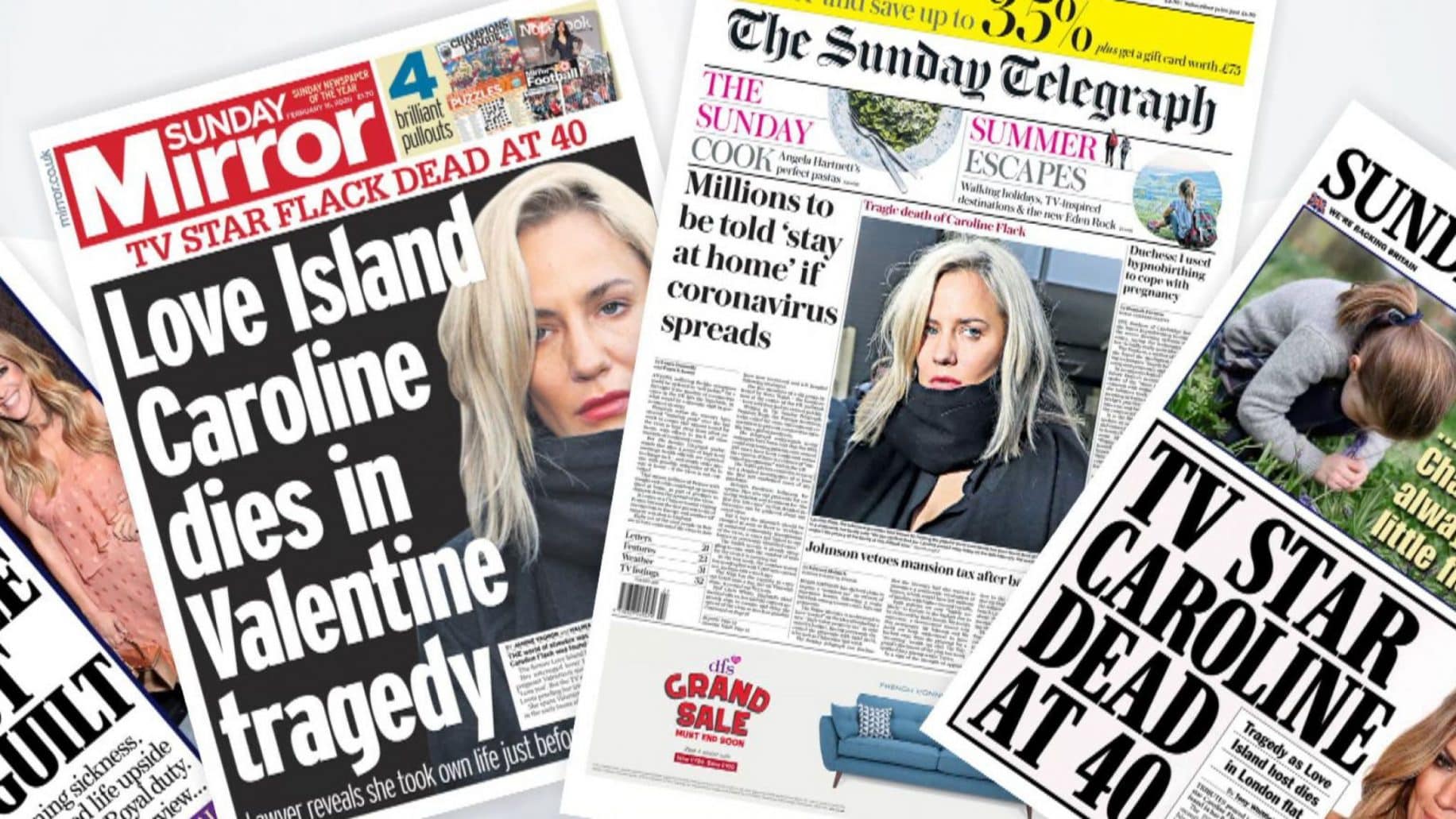 Some colleagues and commentators are claiming the pressure Flack has been under from social media users contributed to her fragile mental state. Others have been cautioning about rushing to judgement on just what might have caused her to end her life.

“Everybody at Love Island and ITV is shocked and saddened by this desperately sad news. Caroline was a much-loved member of the Love Island team and our sincere thoughts and condolences are with her family and friends.”

On Sunday night on the ITV live episode of Dancing On Ice, hosts Phillip Schofield and Holly Willoughby said they were many of their colleagues at ITV who were hurting following the news of Flack’s death. 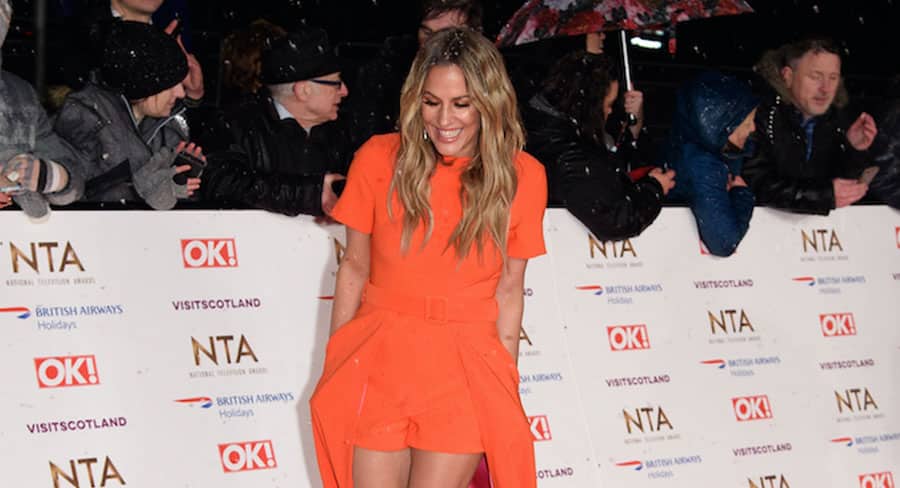 Flack was well known to British TV viewers after she started in the industry as an actor and then moved onto hosting on the children’s channel CBBC. She hosted spin-off series for both I’m A Celebrity and The X Factor, later being promoted to host for one season of The X Factor.

Flack was a contestant in the 12th season of the UK’s Strictly Come Dancing which she managed to win with her dance partner. She later moved to ITV’s Love Island where she hosted four seasons. 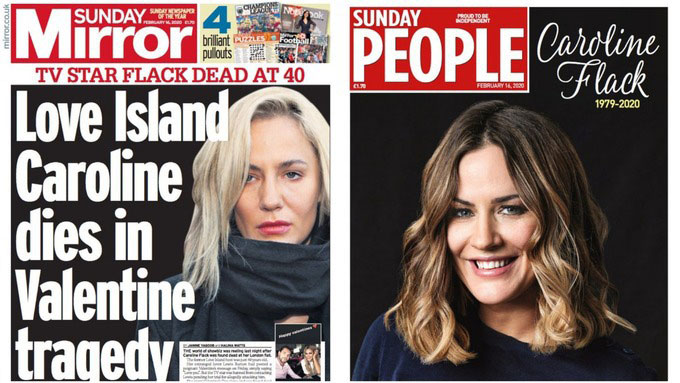 Love Island’s current host Whitmore spoke about her colleague on Whitmore’s Sunday Radio 5 program. Whitmore appealed to listeners to “be kind” to others, adding that she wanted to use the radio show to “call people out”.

“To paparazzi and tabloids looking for a cheap sell, to trolls hiding behind a keyboard – enough,” she said.

“I’m not going to pretend she was perfect, but is anyone? She lived every mistake publicly, under the scrutiny of the media.

“Caroline loved to love. That’s all she wanted. Which is why a show like Love Island was important to her, because the show is about finding love, friendship, having a laugh. The problem wasn’t the show. The show…is loving and caring and safe and protected.

“The problem is, the outside world is not. Anyone who has ever compared one woman against another on Twitter, knocked someone because of their appearance, invaded someone else’s privacy, who have made mean, unnecessary comments on an online forum – they need to look at themselves,” she said.

Whitmore added on her BBC radio show she had been debating if she “should, would or could come on air today” and ultimately decided she would give Flack the respect she deserves.