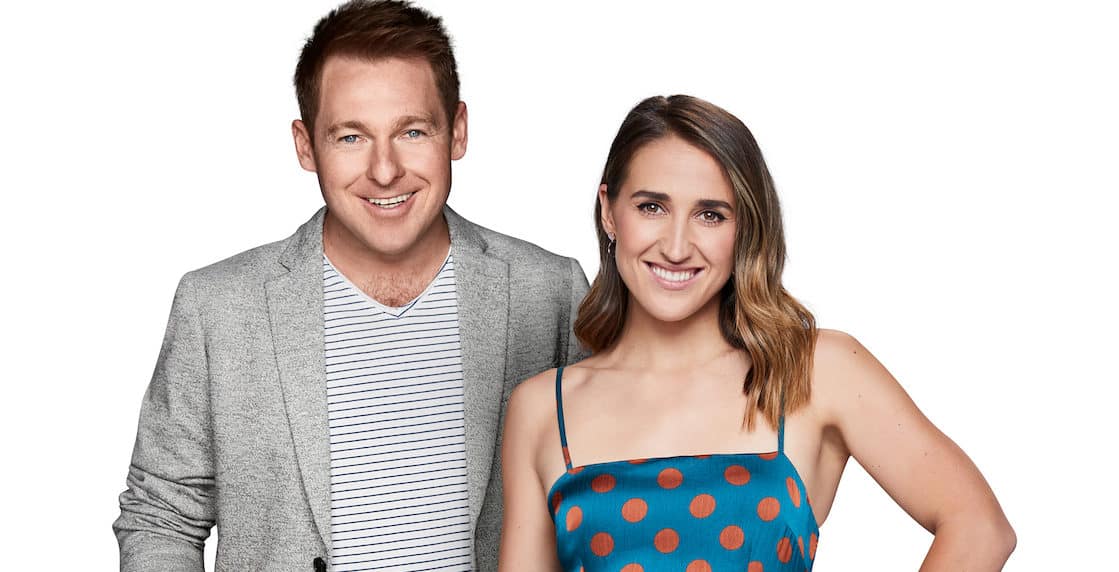 Announcer picks real-life partner over her radio one, returning to NZ

After speculation this might be the final year for the Jase and PJ KIIS 101.1 Melbourne breakfast show, co-host PJ this morning announced her impending departure. At the start of the show, Jason “Jase” Hawkins said the team needed to have a family meeting as there was something they needed to discuss.

On air at 7am, Polly “PJ” Harding said she was quitting the show to return home to marry her fiancée BJ. Her departure marks the end of a six-year on-air Jase and PJ partnership – three in New Zealand and three in Australia.

There has been no announcement yet of a replacement, but candidates include 3pm PickUp co-host Kate Langbroek and Nine’s Lauren Phillips who could co-host with Jason Hawkins.

Of the announcement PJ said, “I have absolutely loved my three years in Melbourne at KIIS101.1. Getting to work alongside my best mate Jase and interacting daily with our listeners really has been a dream job which I will be eternally grateful for. I will miss everyone here at ARN and can’t thank them enough for all their love and support.

“For every single person, last year was incredibly tough and in September I was fortunate enough to get back home to New Zealand to spend time with my family and partner BJ. During this time, I got engaged which was hands down the light at the end of a really dark year, and reinforced how important home really is.

“It’s not been an easy decision to make but I know for me it’s the right one and will kickstart a brand new chapter. I will miss Jase and the whole team so much, but rest assured we will definitely stay in contact as Jase is adamant to be my head bridesmaid.”

Jase said, “I’m still in shock she’s picking to spend her life with her real husband over her work one. Seriously I could not be prouder of what she’s achieved, Peej is an amazing radio host and possibly the most honest and genuine person on air I’ve ever heard. We have become best mates over the years and a part of each other’s family. I’m gutted to see her go home but so glad she’s found a top bloke and is ready to start the next stage of her life as a hippy on the farm. I’ll miss her a lot. Good luck mate.”

On PJ leaving, ARN’s chief content officer Duncan Campbell said, “We are sad to see PJ go, but we won’t stand in the way of love. ARN are genuinely delighted for PJ and wish her and BJ the very best for their future together. PJ is fantastic radio talent and she has brought so much fun, laughter and energy to mornings in Melbourne since Jase & PJ in the Morning launched in 2018. We are looking forward to making an exciting announcement about the future of Melbourne’s KIIS 101.1 breakfast in the coming weeks.”

ARN rolled the dice in Melbourne over the past few years, refreshing breakfast shows at both KIIS 101.1 and Gold 104.3. In doing so, CEO Ciaran Davis and content boss Duncan Campbell opted to import stars from New Zealand and London. While both shows have worked to a certain extent in the market, it was unknown import Christian O’Connell who emerged with the FM market-leading program at Gold while the host with a track record in Australia (albeit in Sydney and Brisbane), Jason Hawkins, wasn’t able to get the KIIS show (yet) to where he and ARN would have wanted it. Nothing shabby though about a station cume of 981,000 which KIIS 101.1 had in the first survey of 2021 released earlier this month.