Charlize Theron as an evil sister fills cinemas with The Huntsman: Winter’s War #1

• Charlize Theron as an evil sister fills cinemas with The Huntsman: Winter’s War #1 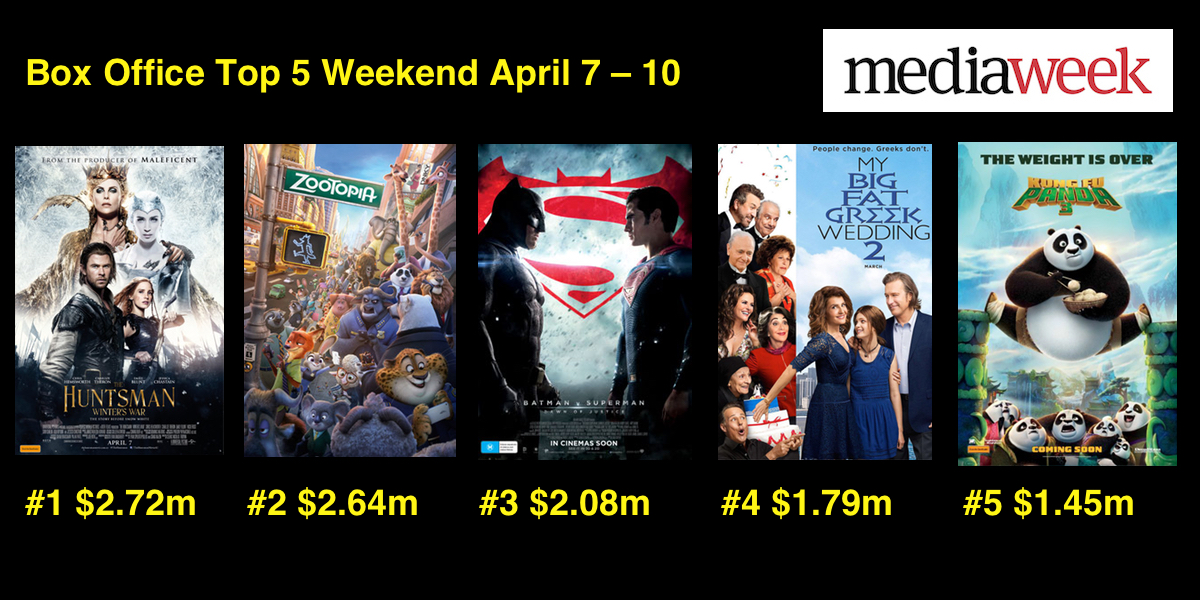 After a burst of activity over Easter, the box office settled to $12.58m over the weekend ahead of the impact of the school holidays.

The first weekend of the fantasy adventure film The Huntsman: Winter’s War ranked #1 with $2.72m. The film stars Emily Blunt with Charlize Theron as her evil sister. Throw local hero Chris Hemsworth and the wonderful Jessica Chastain into the mix and it created box office magic on the 417 screens it opened on at a screen average of $6,541. However that is the lowest screen average for an opening weekend of a movie at #1 this year. (The Lady and the Van did $5,719 when it was #1, but it was the film’s second week of release.)

Rounding out the top five were the other two movies in the million dollar club – My Big Fat Greek Wedding 2 with $1.79m and Kung Fu Panda 3 with $1.45m.