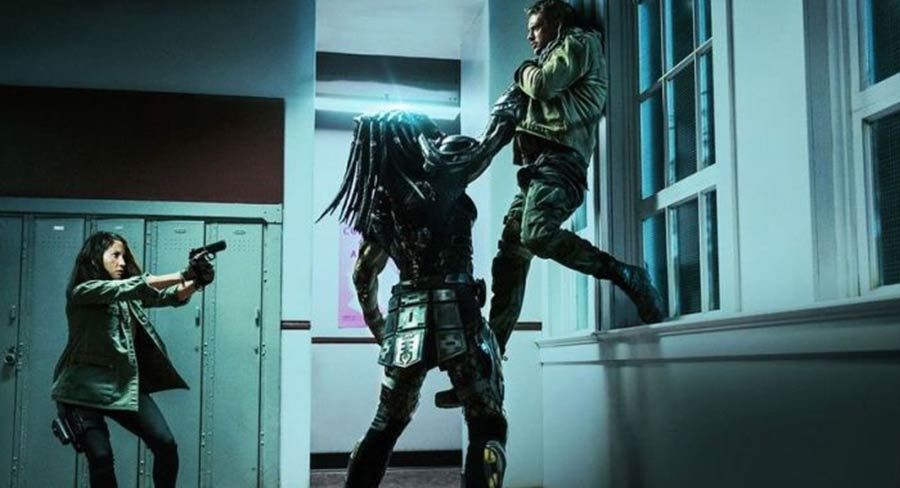 Crazy Rich Asians retains the number one spot this week despite a lot of movement in the top five with two new additions and A Simple Favour having its first full weekend after a limited release last week.

Book Club and The Meg both depart the top five after healthy runs of four and five weeks respectively.

Teen Titans Go! To the Movies! in its first full week of release came in at number six, continuing the momentum of its good reviews, to generate $530,620 at the box office.

Overall, it was a good weekend for the box office with a 4% increase on the previous weekend with the top three films all close in totals.

Despite a 41% decrease from the week before, the smash hit rom com stays on top for the third week in a row with an average per screen of $7,732 and a total domestic gross of $16.96m.

Close to taking top spot in its first week the Shane Black-directed fourth instalment in the Predator film series had the highest average per screen out of all films this weekend with $10,144.

Not far behind the totals of the first two entries on this list, A Simple Favour, based on the 2017 novel of the same name, had an average of $6,682 across 319 screens.

Dropping two spots this week the horror flick from the Conjuring universe is still producing a strong average per screen with $7,635 but is limited by being shown only on 230 screens across the country.

Cracking the top five in its first week the Marc Forster-directed adaption of the Disney franchise Winnie-the-Pooh was able to average $4,162 across 350 screens, which was the most screens any film was shown on this weekend.