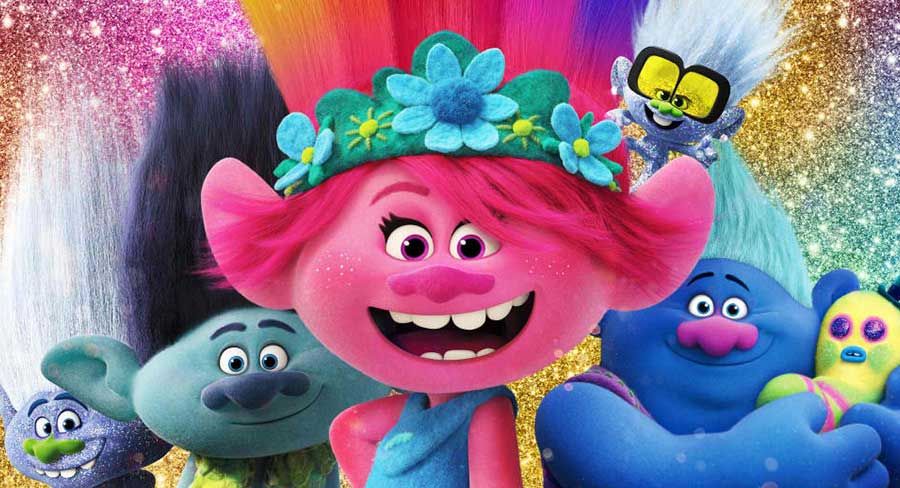 Overall, the Australian box office has declined 4% after generating $3.52m in revenue.

Trolls World Tour is the new #1 at the Australian box office after a slow burn of six weeks (three weeks of pre-release and second week of release) has led the film to a total of $2.91m.

The film knocks off Christopher Nolan‘s Tenet which has dominated the Australian box office since its release five weeks ago amassing a total of $9.84m making it the most successful film since cinemas began to reopen.

The only ‘new’ release to make the top five this week is Star Wars Episode VI: Return of the Jedi which has continued the original trilogy’s strong performance in recent months with each film making the top five.

Overall, the Australian box office has declined 4% after generating $3.52m in revenue.

The family-friendly animated film has proven to have legs after a lengthy stint in the top five has seen it move to #1 knocking off a heavy hitter in Tenet in the process. This past weekend the film averaged $2,795 on 261 screens.

After five weeks the sci-fi blockbuster has finally slipped from the top spot, not falling far though as it lands in the #2 spot after averaging $1,942 on 335 screens, making it the most screened film in the country.

The sequel to After based on the novel of the same name by Anna Todd has now spent three weeks in the top five after averaging $1,793 on 174 screens this past weekend. The film’s total is now $2.33m.

37 years after its initial release the final film in the original Star Wars trilogy finds itself in the top five of the Australian box office after averaging $1,277 on 197 screens.