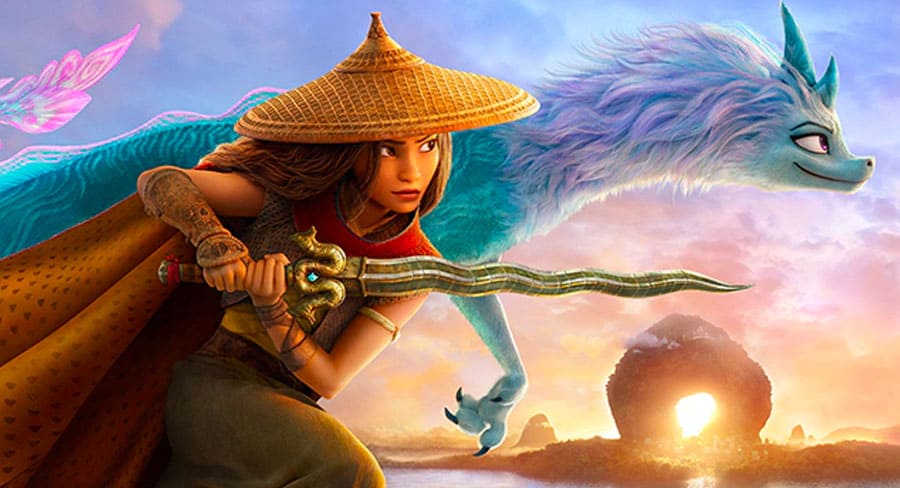 Overall, the Australian box office was up 3% after making a total of $5.83m.

Disney has topped the Australian box office with the release of Raya and the Last Dragon which made $1.45m in its first weekend of release. Disney also made the film available via premier access for $35 on its Disney+ platform.

The 59th film released by Disney Studios comprises of a mostly Asian-American cast was led by Kelly Marie Tran and Awkwafina.

Raya and the Last Dragon wasn’t the only new release to make the top five this week with Chaos Walking coming in at #2.

The dystopian action film is based on the sci-fi trilogy Chaos Walking, adapting its first book, 2008’s The Knife of Never Letting Go by Patrick Ness.

Overall, the Australian box office was up 3% after making a total of $5.83m.

The film was directed by Don Hall and Carlos López Estrada and co-directed by Paul Briggs and John Ripa making an average of $3,837 on 379 screens.

The film stars a big-name cast of Daisy Ridley and Tom Holland, along with Mads Mikkelsen, Demián Bichir, Cynthia Erivo, Nick Jonas, and David Oyelowo. In its first weekend of release, the new movie was the most screened in the country, being shown in 388 cinemas averaging $3,027.

After 10 weeks, The Dry is agonisingly close to entering the top 10 local films of all time with a total of $19.38m, but it will need to crack the $20m mark to replace Strictly Ballroom. It continues to chip away after averaging $1,388 on 270 screens.