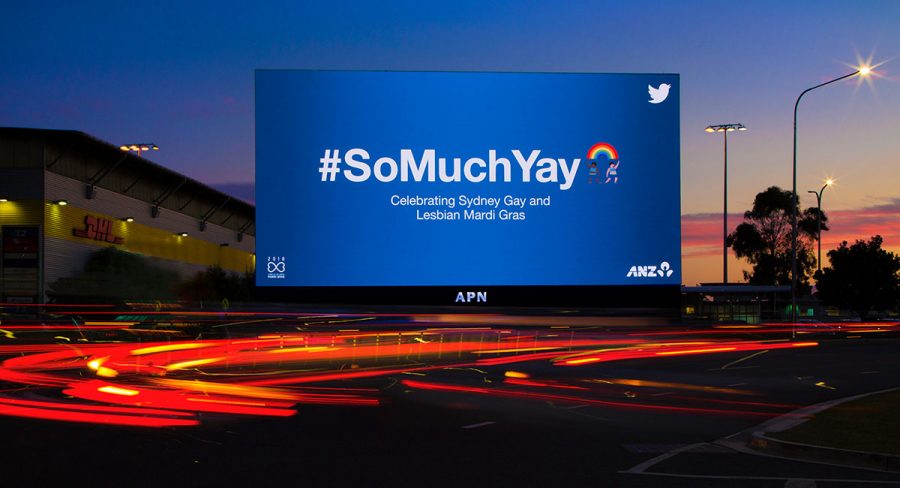 The latest creative work displayed across the APN Outdoor network.

Here is a Mediaweek outdoor gallery showcasing the latest creative work as displayed across the APN Outdoor network.

The campaigns being showcased are:

• Australian Ethical from media agency Benedictus Media with a herb garden built into a billboard in Carlton, Victoria.

• Coopers Brewery with KWP! Media featuring a play on the words “Australian Open” during the tennis in Melbourne.

• A Twitter-powered campaign during the 2018 Mardi Gras festival.

• An ANZ campaign with PHD Network branded “Get On” using transit.