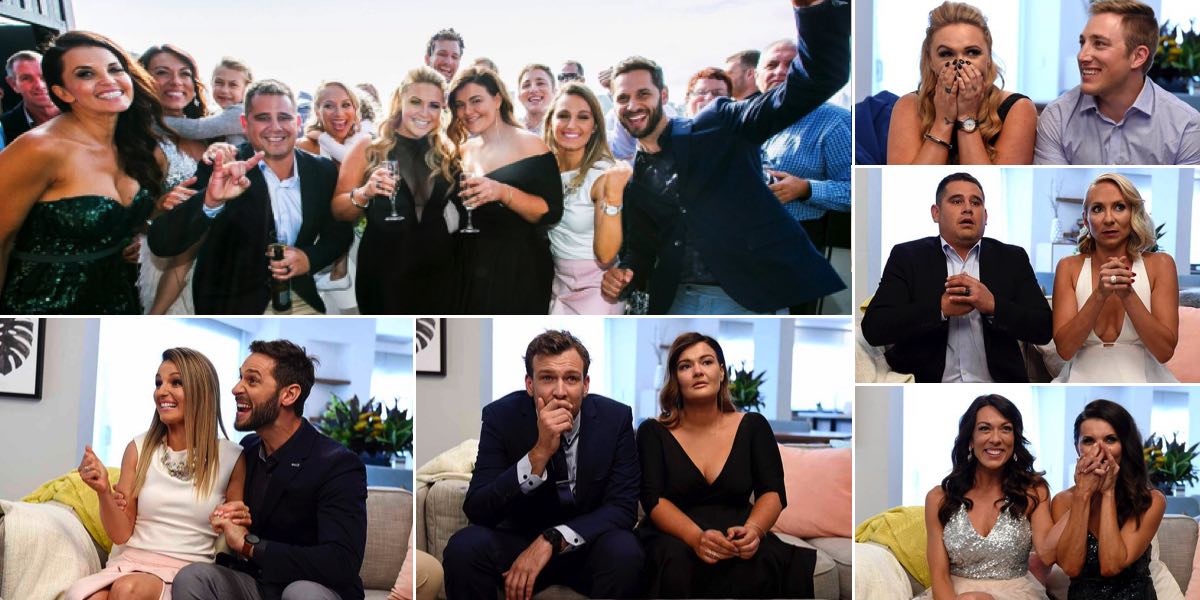 Newcastle’s Dean and Shay were tonight crowned champions of The Blocktagon when their penthouse apartment went under the hammer for $2.3 million – $655,000 above its reserve price.

But it was a night of elation for all teams as each property sold for well in excess of its reserve price, netting a life-changing sum of money for our hard-working Blockheads.

A huge total of $2,539,000 was taken home by the five couples who have spent the past three months transforming an octagonal-shaped former motel into a luxurious, state-of-the-art apartment complex.

That prize money comes after The Block: Triple Threat gave away a world record $3,165,000 earlier this year meaning in just two episodes the Nine format created by Julian Cress and David Barbour has given away 5,700,000 this year.

At The Blocktagon aunctions there was no shortage of eager, cashed-up buyers keen to get their hands on one of these unique properties. Each level of the building was converted into a 225-square metre apartment, with all levels boasting 360-degree vistas of Melbourne.

In the third auction of the night, childhood sweethearts Dean and Shay saw their top-level apartment soar past its reserve price of $1.645 million before eventually selling for $2.3 million. Not only was this the highest sale price of the night, it also netted them a profit of $655,000 – more than any other couple. This means they are crowned the series champions and collect an extra $100,000 in prizemoney.

But it was a very close contest, with West Australian siblings Luke and Ebony just missing out on the top prize by $15,000. In the final auction of the night, their sub-penthouse apartment sold for $2.2 million, $640,000 above its reserve price of $1.560 million. However, at one stage it looked as if the auction was going to be a fizzer when bidding stalled at $1.610 million for what seemed an eternity.

Third place was awarded to the loveable larrikins, Townsville’s Caro and Kingi. In the first auction of the night, their level two apartment sold for $1.735 million, awarding them a profit of $405,000. Their graffiti-inspired property was purchased by Queensland’s Mater Foundation for the Mater Prize Home, to be offered as a prize in an upcoming charity lottery.

Melbourne’s Andrew and Whitney, who revealed on the program that they have recently gone their separate ways, took home $390,000 between them. In the fourth auction of the night, their apartment raced past its reserve of $1.4 million before selling for $1.79 million.In the second auction of the night, Gold Coast mums Suzi and Vonni walked away with a $349,000 profit when their luxe apartment sold for $1.829 million.