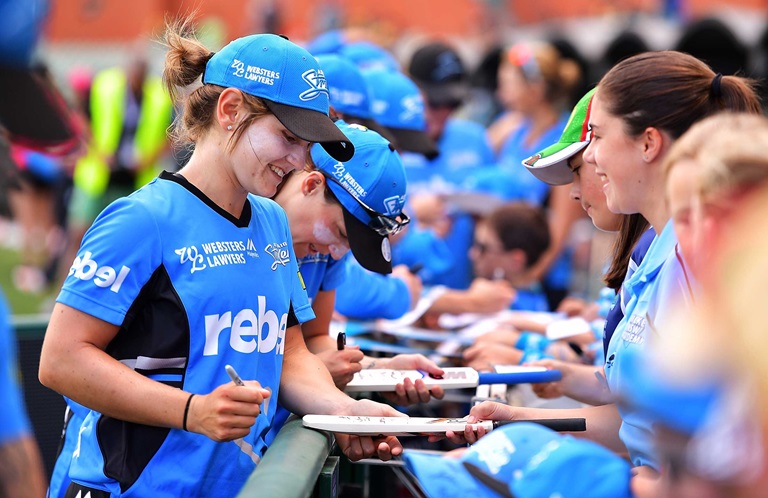 22 double-headers for the BBL and WBBL

Highlights from the new Big Bash schedule released this morning:

• 22 double-headers for the BBL and WBBL

The schedule begins with a stand-alone, blockbuster opening weekend for the Rebel WBBL|03, following the success of the second season of the WBBL.

The carnival-style weekend across Saturday 9 and Sunday 10 December will feature four matches in Sydney, broadcast live on Network Ten’s main channel, as well as two matches in Adelaide that will be livestreamed.

Across the season, 12 matches of the WBBL will be broadcast on Network Ten, with all remaining matches livestreamed on the CA Live platform.

The WBBL leads into the start of KFC BBL|07 a week later, with the Sydney Thunder hosting Sydney Sixers in the Sydney Smash at Spotless Stadium on Tuesday 19 December.

The BBL regular season has increased to 40 matches, up from 32 matches in BBL|06, in addition to the existing two Semi Finals and the Final. Every match of BBL|07 will be broadcast live on Network Ten and across the Macquarie Radio Network.

The expanded competition will see each BBL Club allocated an additional home match per season (moving from four to five) and increase each Club’s regular season fixtures from eight to ten. New markets to attract Big Bash matches for the season will include Launceston, with additional new markets still in contention to host Adelaide Strikers, Sydney Thunder and Melbourne Renegades fixtures this season.

Cricket Australia executive general manager of events and leagues, Anthony Everard said: “We’re very excited to be able to announce the BBL and WBBL schedules for the upcoming season, and we expect this to be the biggest yet thanks to the increased number of matches and the growing popularity of both competitions.

“We know the MOU is still being finalised, but we are confident this won’t affect the upcoming BBL and WBBL season, and we’re looking forward to welcoming a huge number of travelling fans who are coming out for the Ashes. This will help them plan their ultimate summer in Australia.

“Network Ten’s ongoing commitment to both the WBBL and BBL means fans around the country can enjoy more of the Big Bash action. Starting with the stand-alone opening weekend, Network Ten will be broadcasting 12 matches of the WBBL, reinforcing their commitment to growing women’s cricket in Australia. Every BBL match will again be broadcast on Network Ten after averaging more than a million viewers every match last season, complementing the record-breaking attendance, which averaged more than 30,000 per regular season match.”

Network Ten chief executive officer Paul Anderson said: “We are excited about and looking forward to another great summer of BBL and WBBL cricket on Network Ten.

“We are proud to be working with Cricket Australia on the future development of this competition, by broadcasting matches in new venues this summer. Together, Ten and Cricket Australia have built the Big Bash into the most anticipated sporting competition of the summer. This year looks particularly exciting, with eight extra matches taking us through until the first week of February. We can’t wait for the summer of cricket on Ten.” 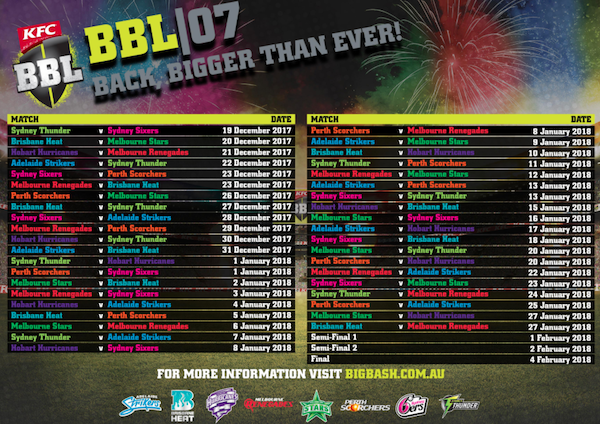