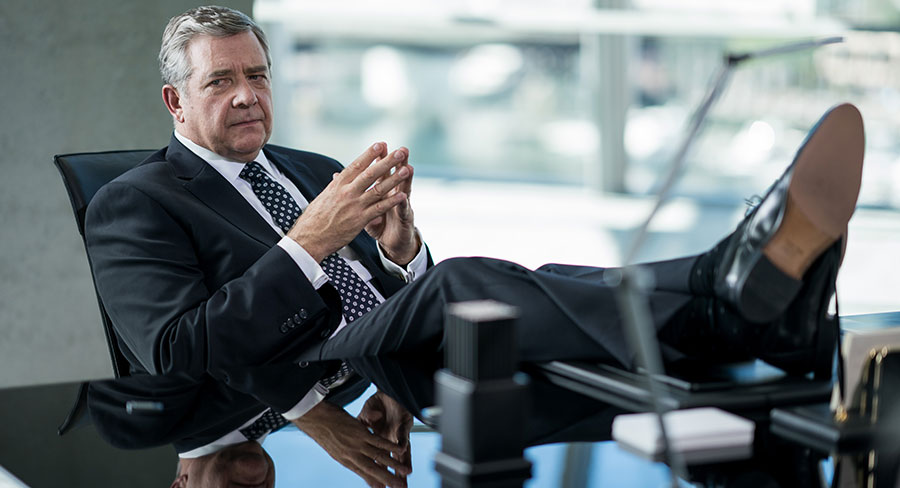 From the creator of A Place to Call Home, Packed to the Rafters, Winners & Losers and All Saints, comes the new Aussie drama Between Two Worlds. The show stars British actress Hermione Norris (Luther, Cold Feet), Philip Quast (Picnic At Hanging Rock, Hacksaw Ridge), Sara Wiseman (A Place to Call Home) and Aaron Jeffery (McLeod’s Daughters). And will air on Channel Seven after being announced at the network’s upfront late last year, with the shows first episode premiering Sunday, 26 July, at 8.30 pm.

The story revolves around Cate Walford’s (Hermione Norris) who’s married to the vicious business tycoon husband Phillip Walford (Philip Quast). With their marriage on the rocks, she is trapped in a tangled web of lies and manipulation. Destructive secrets are unearthed proving nothing is quite as it first may appear, as a shocking twist of fate, collides the dark and ruthless world of the Walford’ with the seemingly disconnected world of widow Sophia Grey (Sara Wiseman) and her two children.

The head of an inherited business empire with holdings across media, mining and property. Phillip is the product of the bullying and domination of his highly successful father. He has hardened over the years to see the world as an enemy to overcome and conquer.

“Phillip has the ability to zero in on any weakness of an opponent and exploit it to his own ends. Revenge is not something alien to him.” – Philip Quast

A bitter and lonely trophy wife, Cate Walford has the pampered and manicured precision of a top socialite, but is deeply unhappy and is often in the arms of other men. Despite her hatred of her husband, she misses the Phillip she first fell in love with.

“Cate is stuck in an ivory tower, but she is shielding considerable vulnerability beneath her hard cool veneer.” – Hermione Norris

Bart Walford is the confused, disturbed and cynical son of the Walford family. Despite presenting as full of self- confidence, he is still very much in his father’s shadow, a father he hates in so many ways, but whose approval is of the greatest importance.

“Bart has incredible obstacles to overcome if he is to break loose from his father to become the man he wants to be.” – Tom Dalzell 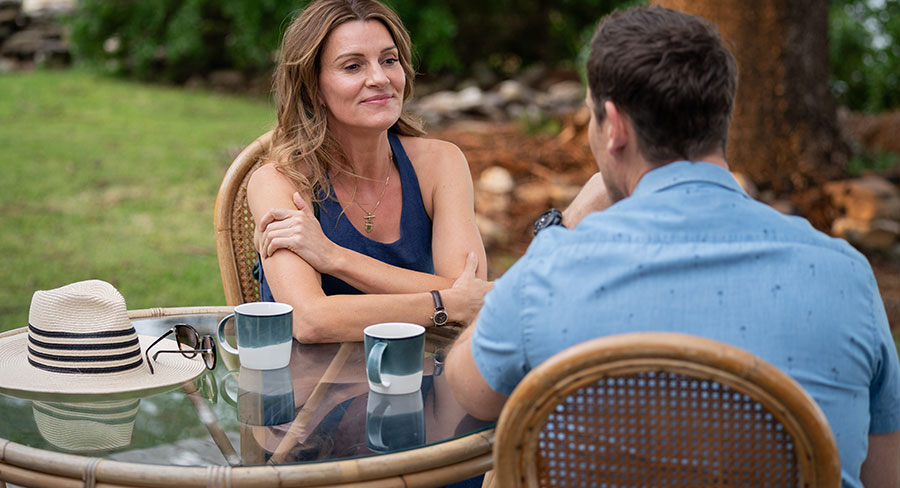 Sophia Grey is a warm and decent woman. She is a single mother to Danny and Bella, and works in a pre-school daycare centre. She seems to be the perfect widow, but no one is ever perfect.

“Sophia’s world is turned upside down when she is forced to re-evaluate her children. This makes her question the whole basis of her life.” – Sara Wiseman

He loves Martina Budd and knows she is the woman he wants to marry. She temperamentally suits him and makes a good show as his WAG. He is blinded to her more pampered princess expectations, as are his family.

As far as the Grey family goes, if the golden-haired heir to Paul’s football genes is happy, all is right with the world.

“Danny is an ambitious AFL player who works hard for his success. However, he tends to take life’s blessings for granted. He’s got a beautiful girlfriend and family, has his whole life ahead of him, but is not prepared to deal with professional and personal reversals brought on by a health crisis.” – Alex Cubis

A proficient piano player, Bella is doing a Masters in Music at the Conservatory and has hopes of a professional musical career.

“When tragedy strikes, she is forced to revaluate her future and make important choices about her identity.” – Megan Smart

David Starke is Paul Grey’s former best mate and coach of Danny Grey’s AFL team. He lost his wife Cheryl in a car accident three years ago and has bought up his four-year-old daughter Carrie on his own.

Handsome, athletic and decent, he has come to feel for Sophia, but has not shared just how deeply with her.

“David likes to think he is a modern-day man, but he still has old school values. Sometimes this serves him, but sometimes this causes conflict as he navigates his ever-evolving intimate relationship with Sophia.”
– Aaron Jeffery

Georgia Konig is the borderline insane product of a controlling relationship with her father.

She initially sees Bart Walford as a game of manipulation to be played in a complex plan of revenge.

But, she soon comes to love him, in her own twisted way.

“Georgia is complicated, scheming and dangerous. She is a very confident and intelligent woman and she has used every one of those assets to spin her intricate web of deception.” – Melanie Jarnson

On the surface, Sandra Jones is a wisecracking, easy going, utterly professional nurse, who is one of the very few up to dealing with the patient from hell, Phillip Walford.

The responsibilities arising from her personal burden, a young son severely brain damaged in a skateboard accident, make her vulnerable to being absorbed into the internecine plotting within the Walford world.

“Sandra is a no-nonsense nurse, single mother and the only person who can handle Phillip Walford. Eventually she is forced to confront the question, ‘How far would you be prepared to compromise your ethics to protect your vulnerable child?” – Blazey Best 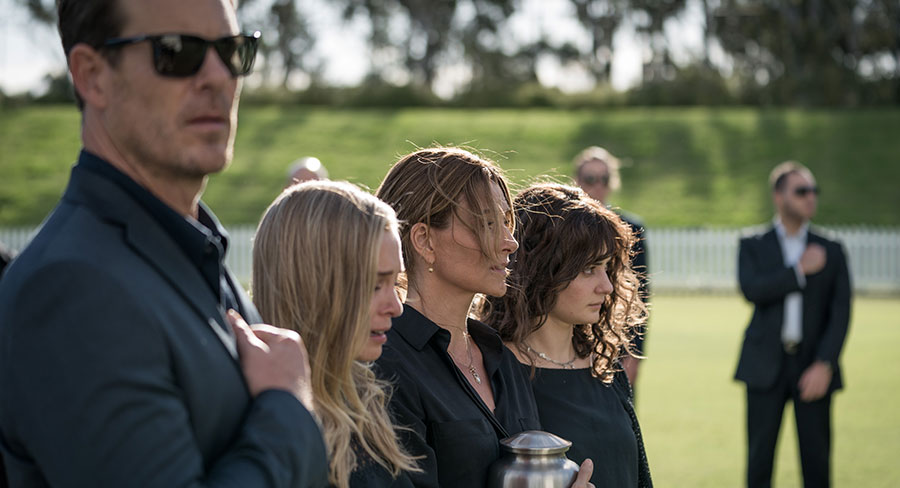 He followed these with the hugely successful dramas Packed to the Rafters, Winners & Losers, and most recently the epic period drama A Place to Call Home which was awarded the Most Outstanding Drama award in the 2017 Australian Logie television awards. It has also been critically lauded by both The Wall Street Journal and The Hollywood Reporter. It has been seen in over 120 countries.

Chris Martin-Jones has been working in the television industry for over 44 years. He has directed many of Australia’s most successful TV dramas including A Country Practice, Home and Away, Blue Heelers, Water Rats, All Saints, McLeod’s Daughters, Sea Patrol, Blue Water High, Packed to the Rafters and A Place to Call Home. He’s also directed many international hit shows such as Xena Warrior Princess, The Beastmaster, Spartacus and the award-winning telemovie Lawless for which he won Best Director.

Ten years ago, Chris began producing Australia’s number one family drama Packed to the Rafters. He followed this up with the thought-provoking crime mini-series Winter and then the internationally successful series A Place to Call Home, which was listed by The Wall Street Journal as amongst “The World’s Best Television
of 2015”. 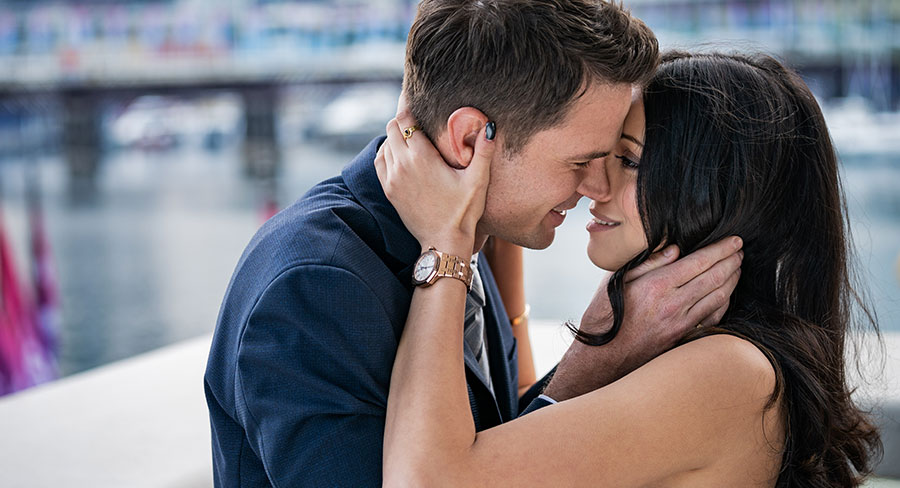