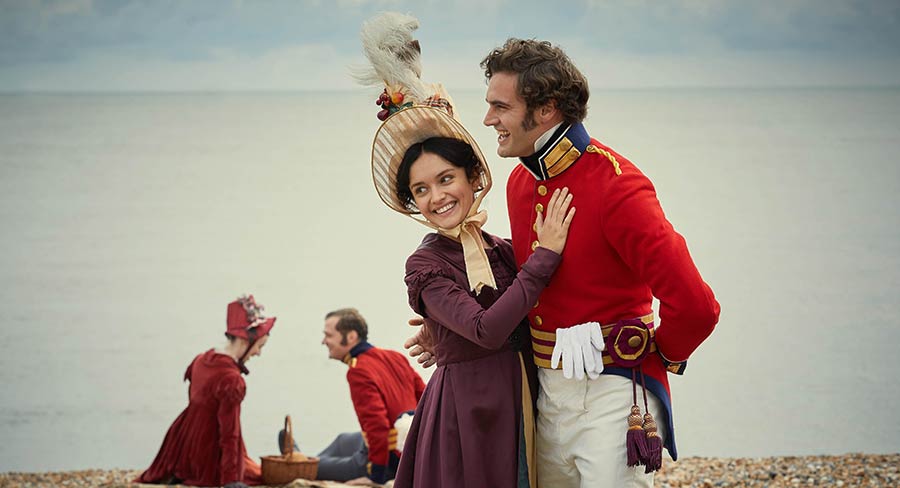 This week BBC First is premiering the wonderful period drama Vanity Fair. The seven-part drama is being called a very modern adaption of William Makepeace Thackeray’s Victorian literary classic. Set against the backdrop of the Napoleonic Wars, the series follows Becky Sharp as she attempts to claw her way out of poverty and scale the heights of English Society using every means at her disposal. BBC First and its drama slate have been showing off the channel’s forthcoming slate recently.

Mediaweek recently spoke with Liam Keelan, BBC Studios’ global scripted portfolio director about the importance of the Australian market and the drama slate.

To find out a little more about the specifics of what is ahead for viewers and the attractions for advertising partners, Mediaweek spoke with Tim Christlieb, director of branded services, BBC Studios, Australia and New Zealand. Although I am very biased toward British period dramas, Mediaweek is predicting Vanity Fair could be on many Best Of 2018 lists come the end of the year. There is plenty of other BBC First content that could compete for a spot though.

Also screening here before Christmas is the first season of Press.

Christlieb told Mediaweek they will be the two major series to screen before 2019 starts. However, he added a third, The Little Drummer Girl, noting it would probably go out in November, although the exact date was not available yet. Guests at a recent BBC drama showcase held by the BBC in Sydney got to preview the series via an extended trailer.

“If you think about what The Night Manager did for BBC First, The Little Drummer Girl should have a similar impact. It comes from the same production company and features a big cast.”

Press comes with some great credentials too, being written by Mike Bartlett, the writer behind Doctor Foster who this time turns his gaze to the British newspaper industry.

As to the delay in getting some series to air in Australia, Christlieb said where they can do that, they often do. However, where it doesn’t make sense for the audience, they prefer to delay the title a little to give the broadcaster time to promote it locally to try to attract the biggest possible audience.

He noted they speak from experience with this strategy: “We have had mixed results in the past when we have tried to rush something out without sufficient lead times.”

While the BBC has been a partner in the two seasons of Top Of The Lake, Christlieb said there was no new drama project close to announcement. “We are still in the process of identifying what our next big production will be. The best model for us is a story that connects well with the UK, so you get the additional scale that comes with a co-production.”

Audiences have enjoyed BBC First so much that there is an assumption that it is the default channel for any great British drama. Sadly that is not the case.

“We don’t get them all,” explained Christlieb. “What we do is cherry-pick what we feel is the best. Sometimes we miss something early on that might end up being a big hit. But there is nothing wrong with having strong UK drama screening elsewhere as well.

“If you look at our slate over the next six to nine months and what we have done over the past four years, we haven’t missed many.

“I have been so privileged to have worked on what is the best channel offering I have ever worked on.”

See also:
• BBC First in 2019: The Little Drummer Girl and Press among the new British dramas
• Why Australia is an important market for BBC Studios: ‘There is a big connection in terms of sensibility between Australia and UK,’ says director of scripted content Liam Keelan.

“It is one of the favourites with a very loyal audience after eight seasons. (Season 8 screens in 2019.) Call The Midwife in the UK is one of the highest-rating shows of the year. The change in cast shows that it is the setting and the subject matter that everyone loves over and above everything else.”

“It’s also coming up for its eighth season. It is very much loved on the platform and remains a huge show in the UK.”

“The series has done fantastic numbers for us in seasons 1 and 2. In some ways we were pleasantly surprised with how well season 1 did and season 2 did just as well. We are very much looking forward to season 3. It comes from the same production company as Vanity Fair and Poldark – Mammoth Screen.”

And much, much more

“We have fantastic success with new titles as well like The Night Manager and Taboo. That’s why we are looking forward to Les Misérables in the new year with the all-star cast led by Dominic West.

“Returning hits we have next year include Luther, Silent Witness and Baptiste, which is essentially the third season of The Missing.”

Christlieb noted how strong that genre is in many TV markets including the UK and Australia. “Fetch saw the opportunity for a British lifestyle channel and came to us. It is a good example of how we respond to opportunity and how we evolve our offering.”

With BBC Earth launching in New Zealand, Christlieb noted that is a very different market from Australia. “We have been in discussions with Sky [in New Zealand] for quite a while about the opportunities around Earth. For that market we virtually convert our BBC Knowledge channel into BBC Earth. It is something we talk to the platforms about in Australia. It is tied up in rights availability for key pieces of content.”

He added he is hopeful BBC Earth might eventually be launched in Australia.