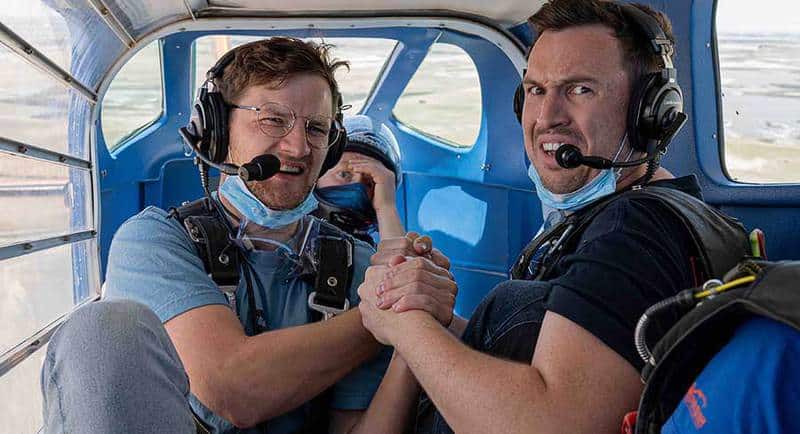 Ben and Liam finished their first year on commercial radio today. And what a show it was – they jumped out of a plane high above Adelaide and broadcast on the way down before their parachutes opened. But open they did, and the two lived to finish the program as the radio stunt entered the record books. 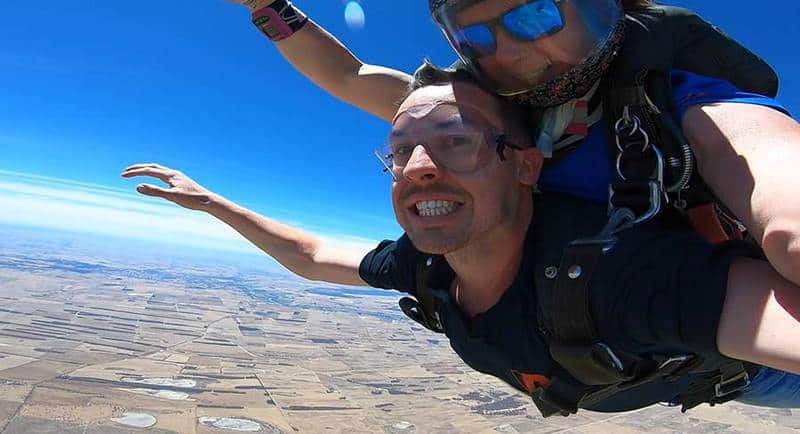 Ben and Liam signed with Nova Entertainment to host Adelaide breakfast in 2019 and started on air in January 2020. Although the GfK survey year finished two weeks ago, Ben and Liam have hosted a Nova national summer breakfast since then.

After a career in community radio and then triple j, the duo has ticked off the first year in commercial radio with some success. They hit the core demo target immediately in Survey 1 and then held those listeners across the year, peaking in survey 6 when the show ranked #1 FM overall. In Survey 8 their breakfast show and the station ranked #1 under 50 in share and cume. 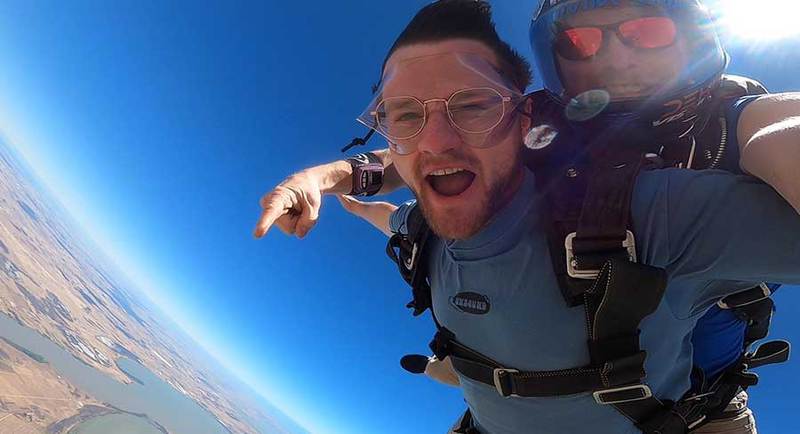 Part of Ben and Liam’s attraction for listeners is that they walk the tightrope between chilled out and overproduced.

“We try really hard to make a show that sounds like we are making it up as you go,” Ben Harvey told Mediaweek. “But really it is all planned.”

Liam Stapleton added: “Even though it might be planned, we realised when we have been national again after a year in Adelaide, some of the stuff we do is pretty weird.”

“After spending a year at Nova we have discovered what the show is and its strengths,” said Ben. “At the start of the year we were still figuring out what the show was, and it felt like the audience was learning with us.” 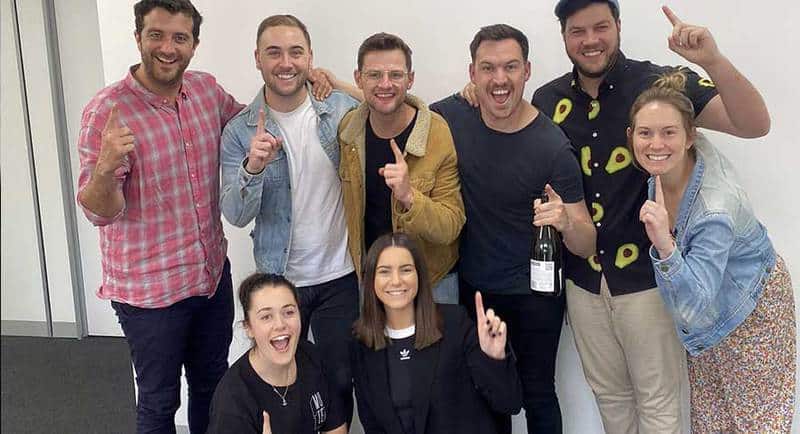 Even though at triple j their show was national in metro and regional markets, Ben and Liam explained they are much better resourced at Nova Adelaide.

Liam: “For starters we have Jords [Jordan Marchall] who we are paying to sit in on this call to make sure we don’t say anything shit. Producer Belle came with us from triple j and that was the whole ABC team. Now we also have exec producer Wolf who has been at Adelaide for a decade and he has been a great asset. We have cameraman Cam who used to film our stuff at Fresh in the community radio days. We also have Zac on production from Perth. There is also Taylee who reads the news.”

The bounds of what they can and can’t do don’t seem to have changed too much.

Liam: “It feels like we can get away with less, but we do get away with more at Nova. It’s like ‘do whatever you want on air’, but if something is shit, we will find out about it pretty quickly. We kind of like that because it has helped us improve.”

Ben: “We are being held to a higher standard.”

With Nova head of programming Ben Latimer based in Melbourne there have been few in person meetings in the past nine months, but plenty of Zoom chats. Latimer returned this week and caught up with the team the day after the border restrictions eased.

Ben: “We have two proper one hour airchecks every week so there is always constant feedback. Ben Latimer is great at managing our morale and he looks after us very well.”

The duo has been working long hours for much of the year wanting the make the most of their first opportunity in commercial radio. They believe though what they have been doing is sustainable.

Liam: “We had some holidays earlier in the year in Covid times which was the right call. We felt a little burnout about a month ago, but when we feel we are broadcasting good content it makes it worth it. If we were getting pantsed in the ratings it would suck, but it has been a good year for us.”

After survey six when the show went #1, congratulations came from announcers around the Nova network, former colleagues from triple j plus messages also from Mix 102.3 in Adelaide and Jase and PJ in Melbourne. “Now we have to get another #1 and hold onto it. One [win] is not going to cut it,” said Liam.

“We had a wish to go #1 in the first year. Maybe we should have been more specific and asked to hold onto it!”

Ben and Liam on the radar 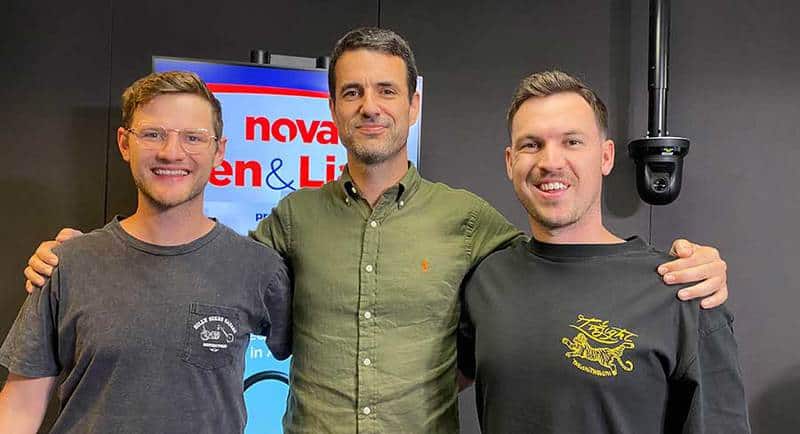 Ben and Liam with head of programming Ben Latimer

Hiring Ben & Liam happened late in 2019, but they had been on Nova’s radar for a couple of years, Latimer told Mediaweek. Being also from Adelaide as well, Ben Latimer had crossed paths with them a number of times. They spent time at Adelaide community radio stations PBA FM and Fresh, and they used to holiday at the same SA caravan park!

“When Dylan Lewis told us he was leaving Nova Adelaide late last year, we swung into action and presented them with the opportunity,” Latimer told Mediaweek.

Nova has entrusted the breakfast shows in Melbourne, Adelaide and Perth to Latimer. In Perth, Nathan, Nat and Shaun dominated the radio landscape again this year, while in Melbourne Chrissie, Sam and Browny ended the year #2 FM breakfast in cume in a market upended by Covid.

Latimer spent more time hands on with his newer Adelaide show this year. “We expected them to maybe take longer to find their way on commercial radio. The early success blindsided us a bit. We knew they had potential, but the fact it came so quickly was a bit of a surprise.”

Latimer noted that one of the strategies this year was to highlight the individual traits of both hosts as most of the audience were more familiar with them as just a duo.