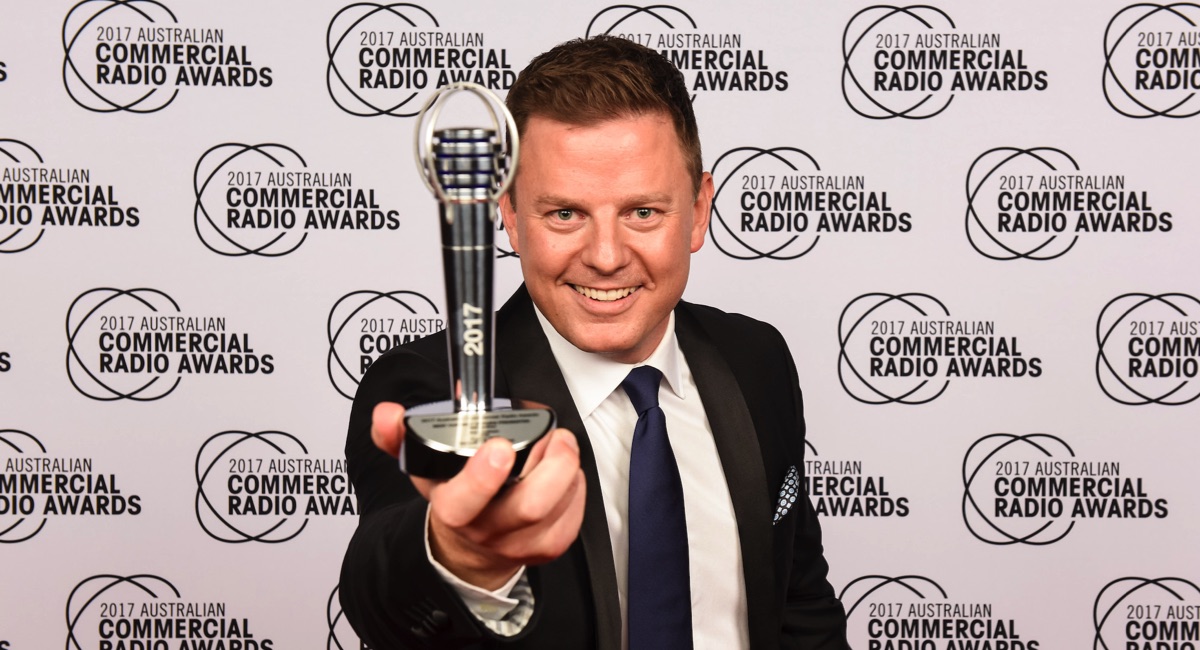 Ben had also signed not one but two new media contracts

Fresh from his win at the 2017 ACRAs for Best Current Affairs Presenter, Ben Fordham joined Mediaweek for a podcast recorded at his Sydney home. It had been a big week for Ben and his family as brother Nick Fordham had been at the centre of the storm that surrounded Nine, TEN and Lisa Wilkinson. Nick is Wilkinson’s manager and her name came up later in our interview.

To top off a busy week, Ben had also signed not one but two new media contracts in the days prior. (See below)

One of the things Mediaweek was keen to cover off with Ben Fordham was why he had stepped back from full-time TV and given radio his full-time attention a couple of years ago.

“Keep in mind that when I made that decision I had been doing full-time TV – on the Today show – and radio (2GB drive) simultaneously,” he explained. “I had promised my wife Jodie that I would only do both for one year. Four years later I was still doing both. Jodie and I had breakfast one day and we started talking about having kids. She suggested I wouldn’t have time to have kids given my workload, and I blurted out I wouldn’t be doing both jobs next year. Despite deciding on the spot, I pretended I’d been thinking about it for a while.

“I decided to give up Today because the radio show is my drive time show. The Today show wasn’t and it was time to move on despite Karl Stefanovic’s best efforts to twist my arm to stay – it was a decision for our family.

“Freddy was born in December just as I was finishing on Today. Instead of waking up with Karl and Lisa, I started waking up with Freddy, and now Pearl.

“Instead of leaving Nine altogether I sat down with David Gyngell and said there was an opportunity for us to go our separate ways if they wanted to spend the money elsewhere. He replied that I was a ‘lifer’, staying at Nine for life. He proposed I reduce my role and reduce my pay a little and I am so glad I did.”

Fordham is now the “fill-in guy” at Nine news and current affairs. When Karl is away Fordham fills in, he fills in on Today Extra when needed and he can also be used as a Nine newsreader or even a guest host on A Current Affair.

“I am a bench player these days, which suits me just fine with a son close to three and a one-year-old daughter. I have met a lot of colleagues who’ve admitted to me they stuffed up the early years of being a dad because they weren’t there. You are mad if you don’t learn from other people’s mistakes.

“I went hard early in my career. I didn’t go to university. I started working in radio when I was 16 and then went hard, thinking that when I did have kids I would be able to spend as much time with them as possible. When they grow up I might be able to jump back in and do something in the early mornings. Later in the day the kids can be a handful, and Jodie has to deal with that while I am on the radio in the afternoon.”

Ben Fordham is not represented by the Fordham Company, which was started by his mum and dad Veronica and John and now run by brother Nick. They do get involved if Ben is approached by someone away from 2GB or Nine.

After years of hearing his parents talking about negotiating contracts, Ben said he is pretty well placed to handle his own negotiations.

“I deal directly with Russell Tate at 2GB and now Hugh Marks at Nine in consultation with the news boss Darren Wick.

“I have just closed deals with both of them. The new contracts will see me remain at Nine and 2GB for the next five years.

“These were long contract periods – I usually do two- or three-year deals. I didn’t want to have to think about this in another two years. I wanted some certainty around it and to be able to put my head down and do some hard work for both organisations. Part of the Nine deal is doing Ninja Warrior and also continuing to fill in.”