• From demolition derby in the USA to Voodoo worship in West Africa and martial arts in Japan.

The series will see Todd Sampson explore demolition derby in the USA, Voodoo worship in West Africa and martial arts in Japan. 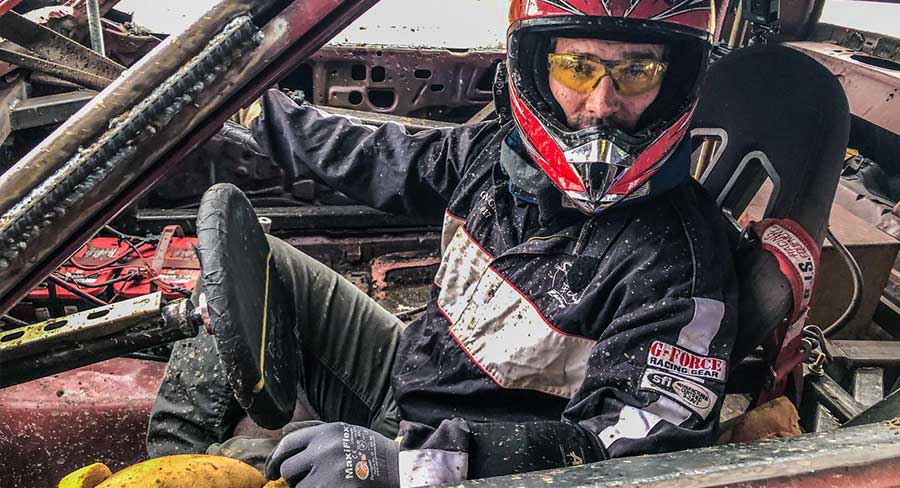 Mediaweek caught up with series’ director and producer Jeff Siberry to discuss “The best gig in television at the moment”.

Body Hack uses a small team, along with Sampson and Siberry, that includes a couple of cameramen and a sound operator, with episodes usually taking about 2 weeks to film. The show has taken the team to places like the tundra of Siberia, the jungles of South America and the Gaza strip. Siberry said that it is a long process to zero in on the story that they want to tell. A lot of research goes into an idea before it is then vetted to see if it is an engaging and visual story.

Siberry said this stage is also important because productions like these are too expensive to wing it and this allows the production team to put the money on the screen.

“If that means investing a few more days for a sequence or getting a high-end special grade camera to show our samurai slicing in extreme slow motion we will do that.

“These stories are intended for the entire family. These aren’t blokes’ adventures stories. This is really about a culture and a people. The budget really reflects that editorial need to tell a holistic story.” 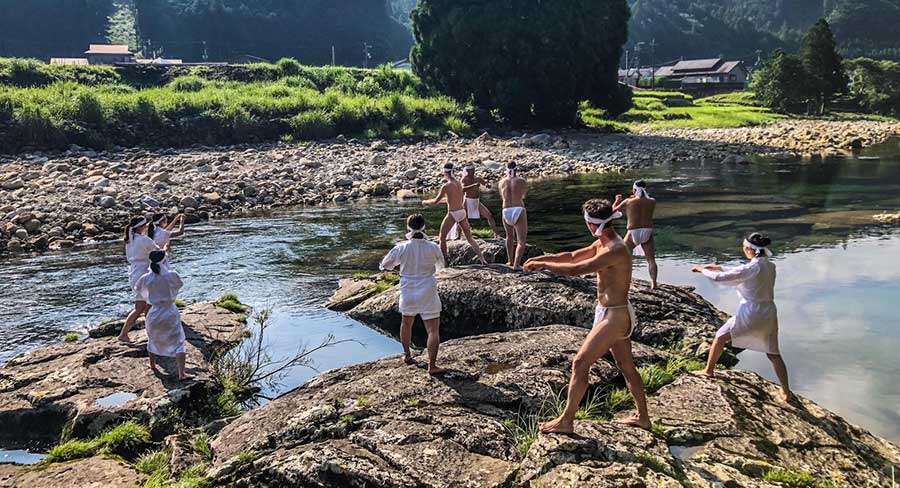 The next step is that they engage a local fixer to go in and do further research on the ground and make first contact with the talent involved, which ranges from a remote tribe or an individual like Mexican Luchadore Cassandro (Season 3, Episode 3).

“Body Hack is all about learning from extraordinary people and how that can be applied to our everyday lives.

“When we did the Voodoo episode we had an amazing production team on the ground in Benin and it showed in the film that these people aren’t just helping a foreign crew they are telling a story that is important to them and want it presented in an accurate way.

“The most important thing is to be very respectful of all the cultures that you are embedding with and to give them the opportunity to voice their story. That comes down to having good listening skills and respecting their beliefs.” 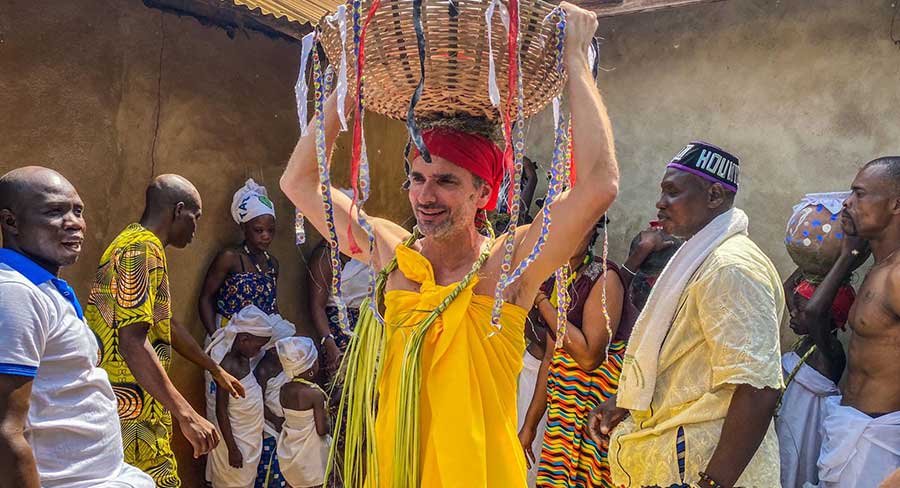 When asked what the most dangerous situation that the show’s production team has faced, Siberry said that there is almost too many to pick from.

“Covering the protests in Gaza were quite scary with live fire, tear gas and people being shot. Any time you find yourself in that situation it is certainly scary.

“When we climbed the mountain in Nepal that was not a re-enactment that was real. It was a real mountain and there were risks involved in that.

“No one has yet invented the TV show worth dying for. We all want to tell a great story but ultimately we all want to come home to our loved ones.” 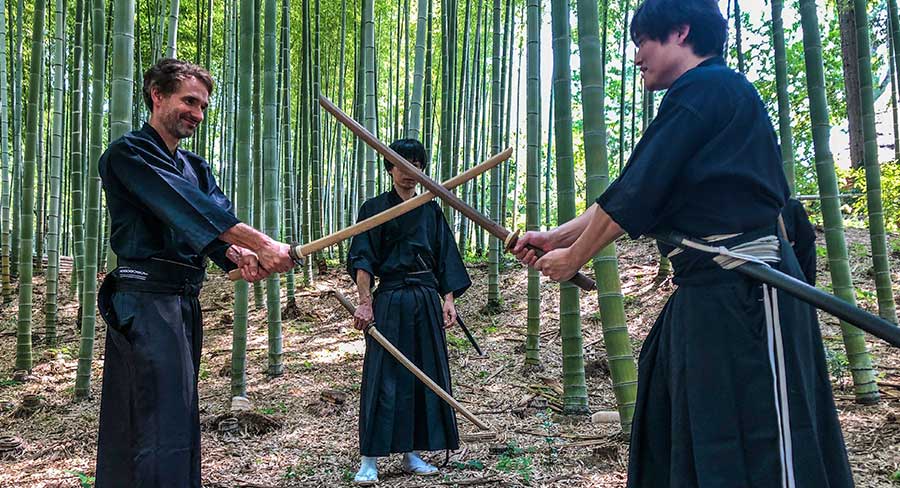 The fourth season will open with Sampson exploring the world of demolition derby in the United States which Siberry described as a joyous celebration of the whacky culture.

“We made the point to focus on a female driver in this story because it was really about community and family. When you think about demo drivers you think about a bunch of rev head blokes that like to smash cars – and yes that is mostly true, but it also involves a lot of families. We wanted to make sure we told a story about a family that wasn’t specific to one gender but about the community.” 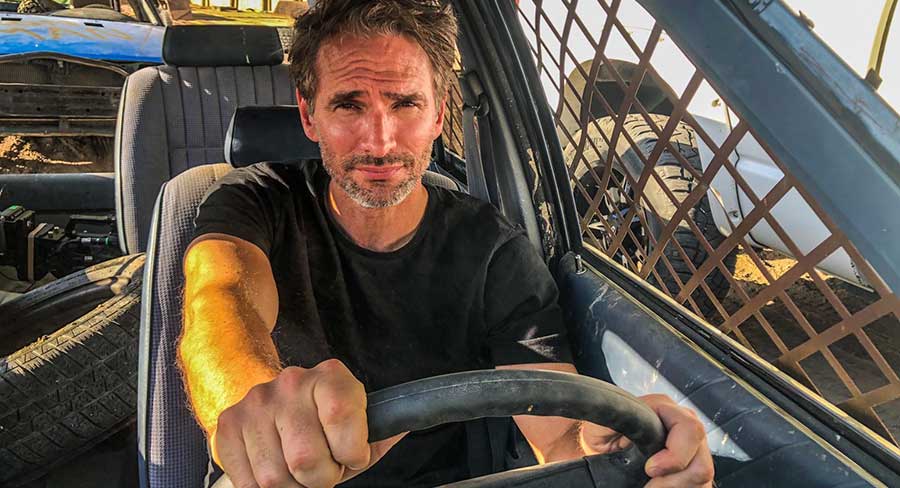 A sense of community and family is a theme that also bleeds into the show’s second episode, which centres on mixed martial arts in Japan.

“I had been wanting to do a story about Japanese martial arts forever, so when it was time to look at Japanese martial arts we made a decision to tell the story mostly from the female perspective because it has not been traditionally told that way. We sought out the only female-owned and operated Yabusame (the art of horseback archery) school to film.” 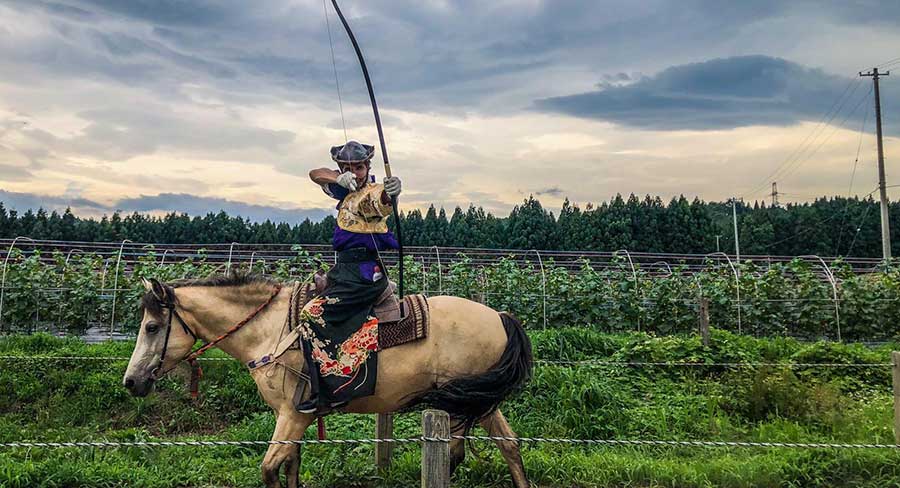 Siberry explained that the show is made to raise questions and create a dialogue for families to discuss topics and to challenge perspectives and ideas. The show’s Voodoo episode is a prime example.

“We focused on a female priestess who introduced us to the world of Voodoo. Voodoo comes with so much loaded baggage because it has been demonised by either the media or history. When you get into it you realise it has a fascinating history and it’s been a mostly misunderstood religion, so we wanted to get to the heart of what Voodoo is.” 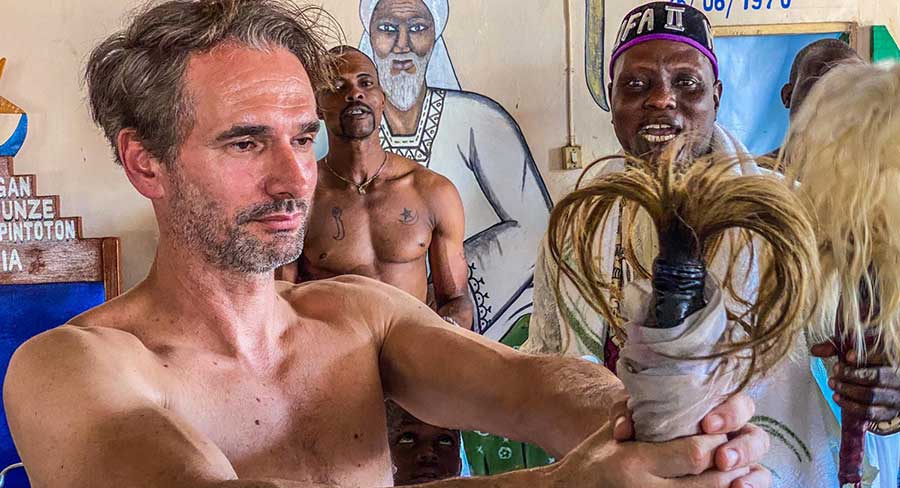 Todd Sampson’s Body Hack season four will premiere on Network 10 and 10 Play on September 14. The show is an EQ Media Group production for Network Ten Australia.