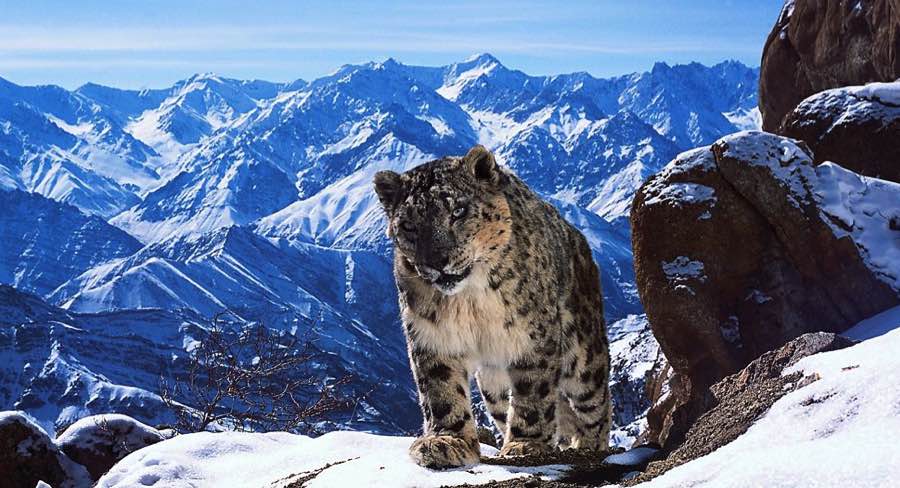 BBC is calling this change the launch of a “new premium factual channel”.

The BBC Knowledge channel on New Zealand’s subscription TV service Sky will be rebranded to BBC Earth to take effect on October 22. BBC is calling this change the launch of a “new premium factual channel”.

Titles in launch week include Planet Earth II, Spy in the Wild, My Year with the Tribe, Without Limits and Trust Me, I’m a Doctor.

Closely following the launch, BBC Earth will host Being Human, a season of programs airing in November exploring the human race, how we might improve the way we live and what the future could hold for civilisation. Shows will include Future Human: AI, The World’s Most Extraordinary People and Meet the Humans.

Tim Christlieb, BBC Studios Australia and New Zealand’s director of branded services, said: “We are delighted to be launching the BBC Earth channel on Sky, offering best-in-class premium factual programming fronted by the BBC’s renowned presenters. BBC Earth is a well-established global brand that uses compelling stories to engage audiences with the wonders of our universe. We are confident that this new channel will resonate with local audiences given New Zealanders’ strong connection to their natural environment, cultural curiosity and love of travel.

“While many of the familiar faces and shows on BBC Knowledge will transition to BBC Earth, we’ll be adding more natural history and adventure to the mix, and moving factual entertainment programs like Who Do You Think You Are, Dragons’ Den, Traffic Cops and Top Gear to BBC UKTV.”

Sky’s director of entertainment Travis Dunbar said: “The BBC is globally renowned for the quality and diversity of its factual content and we are delighted to be bringing BBC Earth to Sky customers.”

“Through this global brand they can now access this unique mix of premium content while still watching the favourites they’ve come to know and love.”

BBC Earth will join existing BBC channels – BBC UKTV and BBC World News – on the Sky platform as part of its Entertainment package. It will also be available to live stream on Sky Go and selected shows are available for catch-up on Sky Go and Sky On Demand.

About BBC Earth programs to be available in launch month

Planet Earth II (22 October) A decade ago, Planet Earth redefined natural history filmmaking, giving us the ultimate portrait of life on Earth. Ten years on, advances in both filming technology and our understanding of the natural world mean we can reveal our planet from a completely new perspective. Now, Planet Earth II allows us to experience the world from the viewpoint of animals themselves.

Spy in the Wild (22 October) Animals love, mourn, deceive and invent – just like us. A new generation of spy cameras reveals how similar we are by using highly entertaining footage combined with fascinating scientific details.

My Year with the Tribe (22 October) Living in treehouses and using stone tools, the Korowai were only discovered in the jungles of West Papua 40 years ago. Will Millard visits this tribe to better understand the pressures they face and how much of their traditional hunting and gathering lifestyle still exists. What he finds shocks, surprises and confounds him, as he witnesses the last gasp of an ancient way of life that once defined us all.

Trust Me, I’m a Doctor (24 October) The doctors are back to get behind the hype and headlines to find the truth about what’s good for your health.

Without Limits (28 October) Six disabled people ride out on an epic journey along Vietnam’s Ho Chi Minh trail to discover a country of contrasts and a place to find themselves. Their journey highlights the beauty of Vietnam and challenges how the participants view their own disabilities.

Wild New Zealand (27 October) This series reveals the country’s rich and intriguing wildlife stories, from the bustling communities of penguins hiding away in giant daisy forests to the kakapo – Earth’s only species of flightless nocturnal parrots. New Zealand was also the last place to be visited and settled by people from western civilisations, who brought with them new animals like sheep and new predators like the stoat. Finally, Wild New Zealand meets the pioneering conservation heroes who are fighting to save some of its most endangered species.