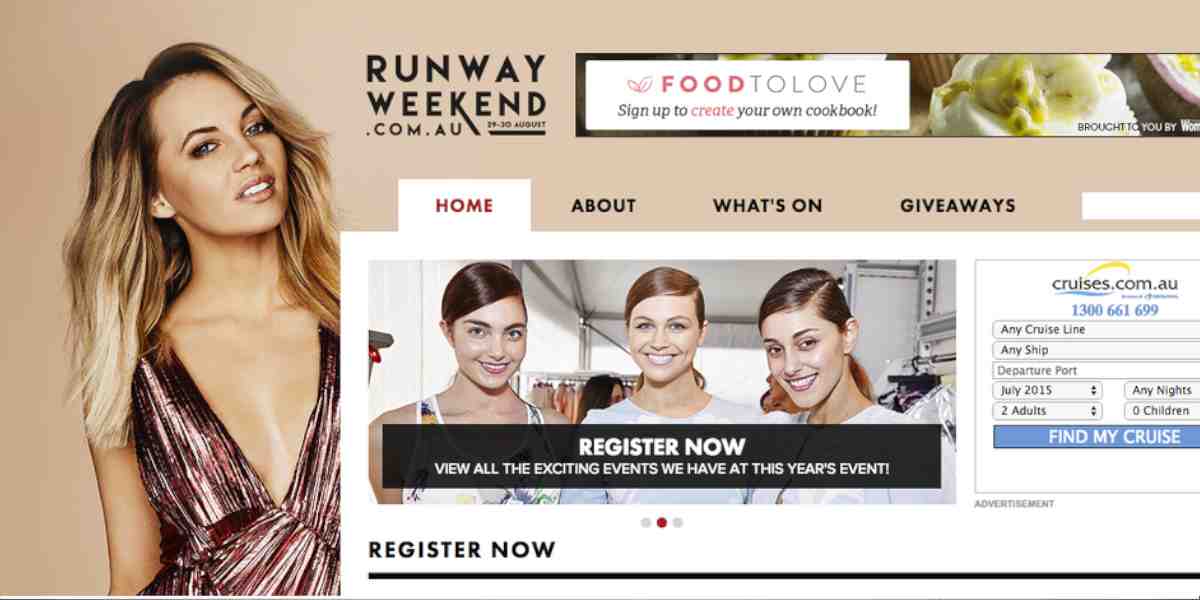 Bauer execs and editors, advertisers, celebrities and Runway Weekend ambassador Samantha Jade gathered last night at Sydney’s Overseas Passenger Terminal to celebrate the launch of Bauer’s Runway Weekend, an interactive reader event held in the same venue on 29 and 30 August.
A part of what was previously 30 Days of Fashion and Beauty, Runway Weekend will feature fashion shows and interactive fashion and beauty exhibits. Sponsored by Holden, most of Bauer’s female-focused titles, including Cosmopolitan, Cleo, Harper’s Bazaar, Dolly, Elle, NW, OK!, Shop Til You Drop, The Australian Women’s Weekly and Woman’s Day, will participate in the weekend. The rebranded Runway Weekend follows Bauer’s Homes, Food and Design weekend earlier this year, and precedes the Health and Wellbeing Weekend that will come later this year.
Mediaweek spoke to Bauer’s director of brand, Simon Davies, who said that the new event format was about letting the event shine. “It was really driven by the fact that Runway Weekend has always been a flagship event for us, it’s the way that we get the highest consumer connection to the brands,” he said.
Given the breadth of the brands involved, it’s clear that Bauer wants women across the different demographics to attend. He wouldn’t specify how much revenue the publisher anticipated earning from Runway Weekend, saying only that it was about increasing awareness of the magazines as brands. “There’s a wide audience base we’re appealing to, so there are different things – it might be a higher end fashion show curated by Bazaar, or a more ready to wear show from Shop Til You Drop. We’re bringing the brand to life in way that allows the consumer to experience the brand outside of the confines of the page of the mag. It’s one of the key touch points for us and increasingly it’s about looking at the titles as brands across mag, mobile, social and other digital platforms,” he said.
Elsewhere at Bauer, The Australian Women’s Weekly is conducting a high tea tour, and Elle is kicking off its The Little Morning Of Life Changing Ideas early next month. Elle editor Justine Cullen recently told Mediaweek that the event was a guinea pig for the Hearst-Bauer title, which is looking to increase the revenue generated from events. “It’s a testing ground for us – all of us in publishing are looking at new revenue streams, and events globally are a great option for magazine brands.”