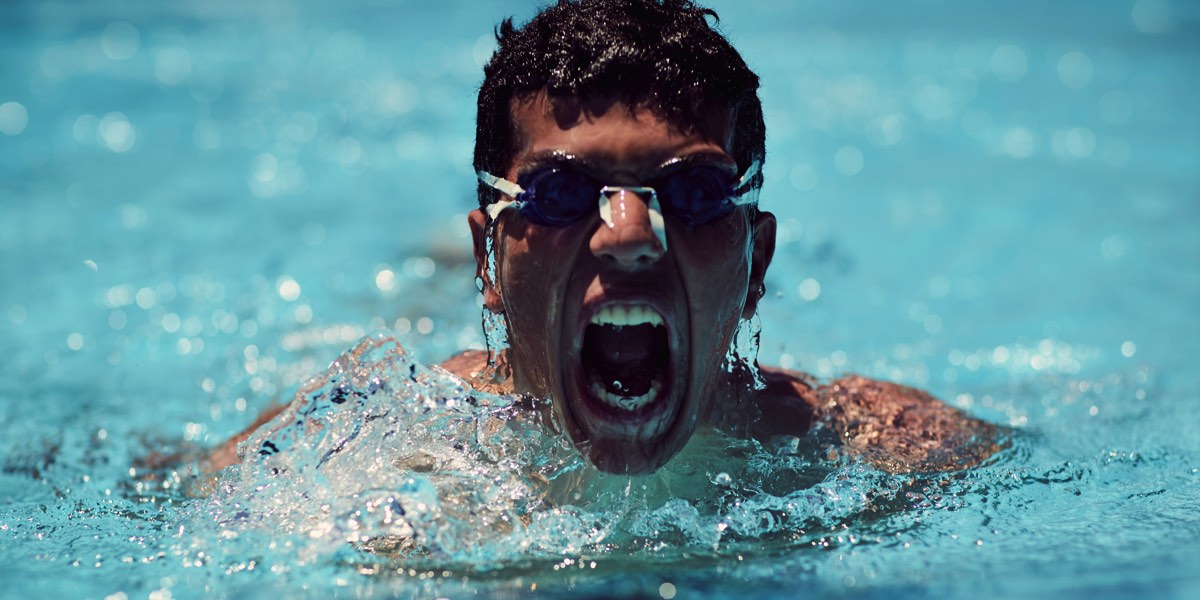 The four-part ABC TV drama, Barracuda, is based on a book by Christos Tsiolkas. Airing on Sunday nights in the lead-up to the 2016 Rio Olympics, Barracuda tells the story of the fictional Danny Kelly, a 16-year-old swimmer in a bid to win gold at the 2000 Olympics in Sydney while also dealing with challenges he is facing socially within a prestigious exclusive boys school.

For the ABC, which had prior success with the adaptation of Tsiolkas’ novel The Slap, commissioning the series was a no-brainer.

“This was a dream project, like The Slap before it” – Ayres

Tony Ayres, who produced the series for Matchbox Pictures, explained: “We pitched it to the ABC – The Slap was a good experience for them and they were very happy with the way it performed. When they could see where it could fit in terms of their programming and that it was complementary to the Olympics happening this year, they were very eager to do it, screening it before the Olympics as a talking point about our society, our society’s obsession with sport and winning, and the personal cost of what it takes to get to that point of where you win.”

Conversations for Barracuda began with Ayres and Tsiolkas a considerable time after The Slap had been produced. The Slap was broadcast initially by the ABC in 2011, with a US adaptation following four years later. Tsiolkas’ book Barracuda wasn’t published until 2013. 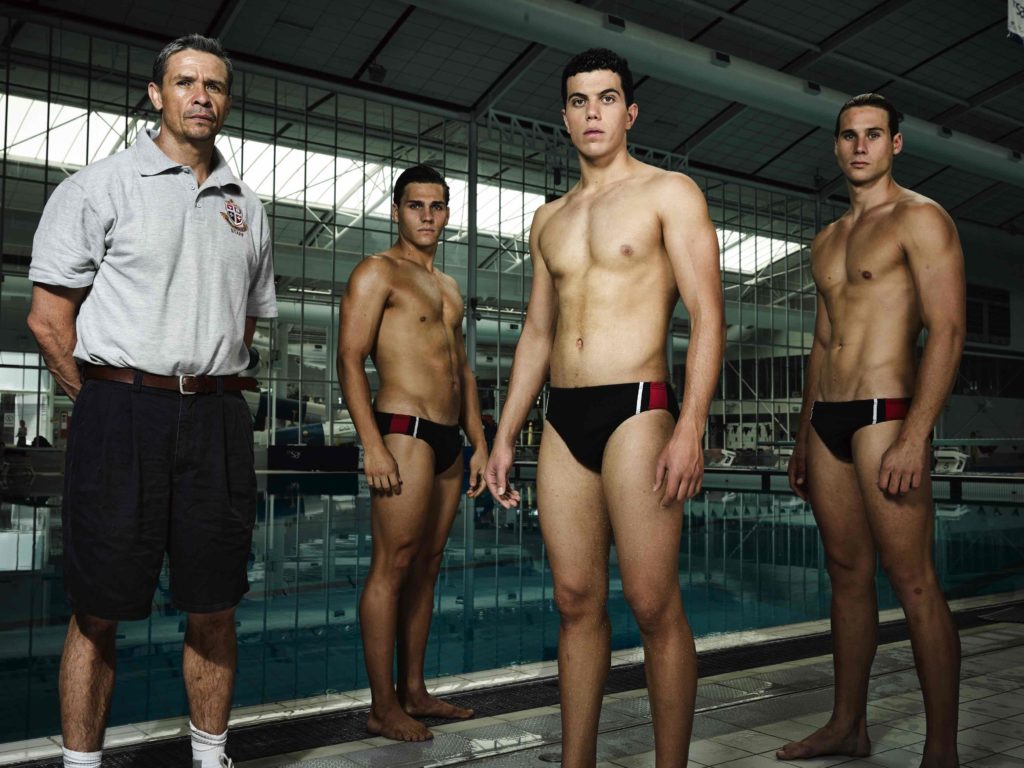 While the Barracuda TV show is quite different from the book, it still honours the intention of the original text.

“The centre of the book is the story of that boy grappling with what success means and what failure means. It felt a particularly relevant thing to be talking about in the year of the Olympics,” Ayres said.

Often authors are protective of their original work when it comes to a film or TV adaptation. Tsiolkas, Ayres reported, was quite the opposite. He was open to collaboration with the creative team on the series and to pushing the show in different directions.

“Christos is a dream,” said Ayres. “His attitude to adaptation is ‘the book is mine, the adaptation is yours’. Whether it’s a film or TV series, he said that I, [co-producer] Amanda Higgs and the writers Belinda Chayko and Blake Ayshford were given the ability to fabricate, invent, shift things around. He’s not in any way precious as an author.

“He came on as a consultant all the way through. The great thing about Christos, I found with both experiences of working with him, is he gives you licence to be bold in the way that you treat the material. He is the first person in the room to say, ‘Let’s change that. Let’s make this. Let’s go further. Let’s push this harder.’ It stops you from self-censoring or not going as far as you need to go. There are things that happen in the show that didn’t happen in the book, but felt right for a dramatisation. Both Blake and Belinda felt an incredible licence from Christos to invent. 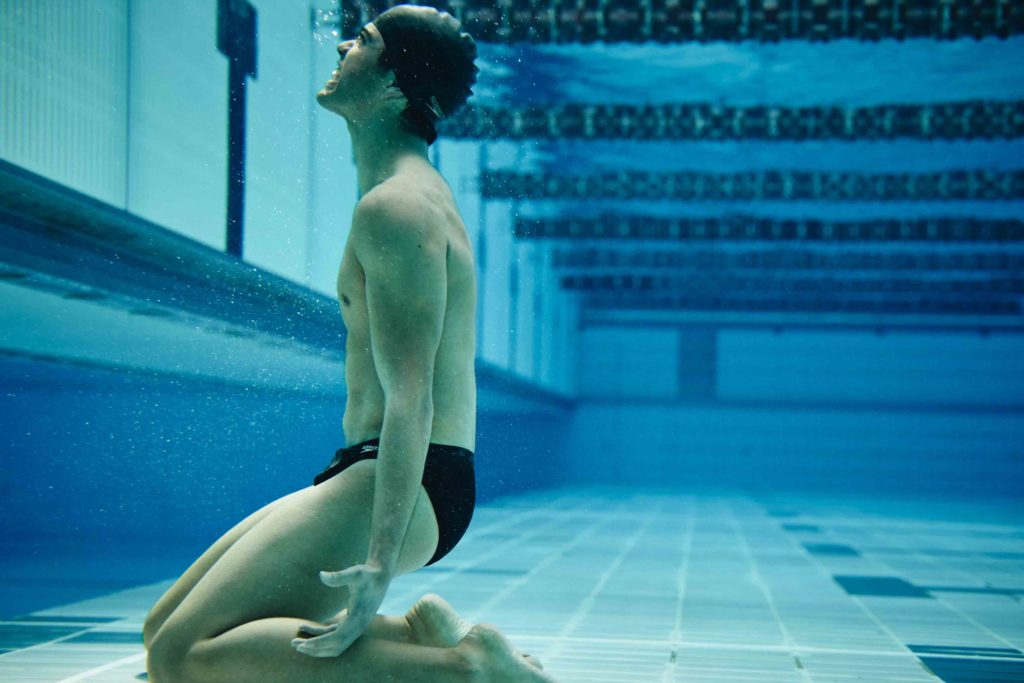 “This was a dream project, like The Slap before it. When I pitched it to Christos on how I would adapt it, very early on I worked out what I thought was the right structure for it as a TV series, how we should tell the story. That pretty much is the story that we’ve told. The TV show is the same structure as what I pitched to Christos that lunch two years ago.”

Starring in the show is teenage actor Elias Anton. The role is his first on-screen credit after being discovered by casting agent Jane Norris. Anton had initially auditioned for a role in Ayres’ young adult series Nowhere Boys as a 13 year-old, but was unsuccessful at the time. Norris remembered Anton and brought him in for Barracuda.

“He’s an exciting young actor. This is his first major lead and he is in every scene in the show. He’s incredible,” Ayres said.

The challenge for a role like this is finding an actor who can carry the series while also looking convincing in the swimming pool. Norris struck gold with Anton, whose real-life brother is a swim coach.

“We cast him with enough time for him to have several months of very intensive training,” Ayres revealed. “We had Nicole Livingstone as a swim coach on the shoot. She was great. She would tell us where the goggles should fit, where the cap should fit. When she looked at the rushes she looked at which bits of swimming were convincing and which bits weren’t.”

In a recent interview with Mediaweek, Matchbox Pictures producer Penny Chapman revealed that parent company NBCUniversal was reluctant at first to emphasise the Canberra locale of its political thriller Secret City until they saw how great it looked on screen. Despite having such an Australian-focused storyline at the core of Barracuda, it doesn’t appear to have been a concern with this series.

“What NBCU – and one of the reasons I admire them so much as a distributor – responds to is the quality of the work,” Ayres explained. “They feel, especially in today’s market, if the work is really strong, specific, and can move and affect an audience, then that’s what’s going to be what sells it. It’s not where it fits into a particular genre or style. It is about the quality of the work.

Being so focused on the journey to the 2000 Olympics roots the story in a hyper-specific era of Australian history, layered with considerable meaning for Australians. While Ayres believes that the story could have been made more contemporary, shifting it to the modern day, it would lose a connection to the essence of the book: “The significance of being in those 2000 Olympics was crucial to the drama. I think you could tell the same story today, but I don’t think it would be as true to the book. For us, that was one of the parts of the book that felt really right for us.”

Beyond just the technological and societal differences of the 1996-2000 period that this film covers, athletes themselves are under different pressures today.

“Today there’s so much more about sponsorship and marketing, and what you say and what you’re doing with athletes is under constant surveillance. Everyone has a smartphone that they can photograph or film people with. Those would have been the issues we’d have to deal with. Even though I think they’re interesting issues, they were still secondary to the concerns of the book,” Ayres said.

Barracuda premieres Sunday 10 July at 8:40pm on ABC. Every episode will be available on iview immediately after the first episode airs.