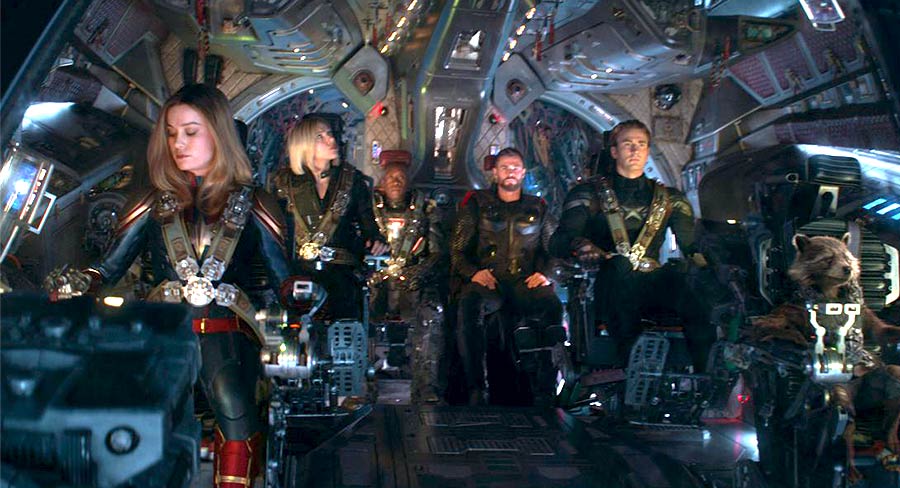 Avengers: Endgame has ended its first week with $50.13m

Walt Disney now has the three biggest ever opening weeks at the Australian box office. The latest release to join the ranks of the screen legends is Avengers: Endgame.

The Motion Pictures Distributors Association of Australia reported on Thursday that the movie has ended its first week with $50.13m – that doesn’t just break the old record, it shatters it. 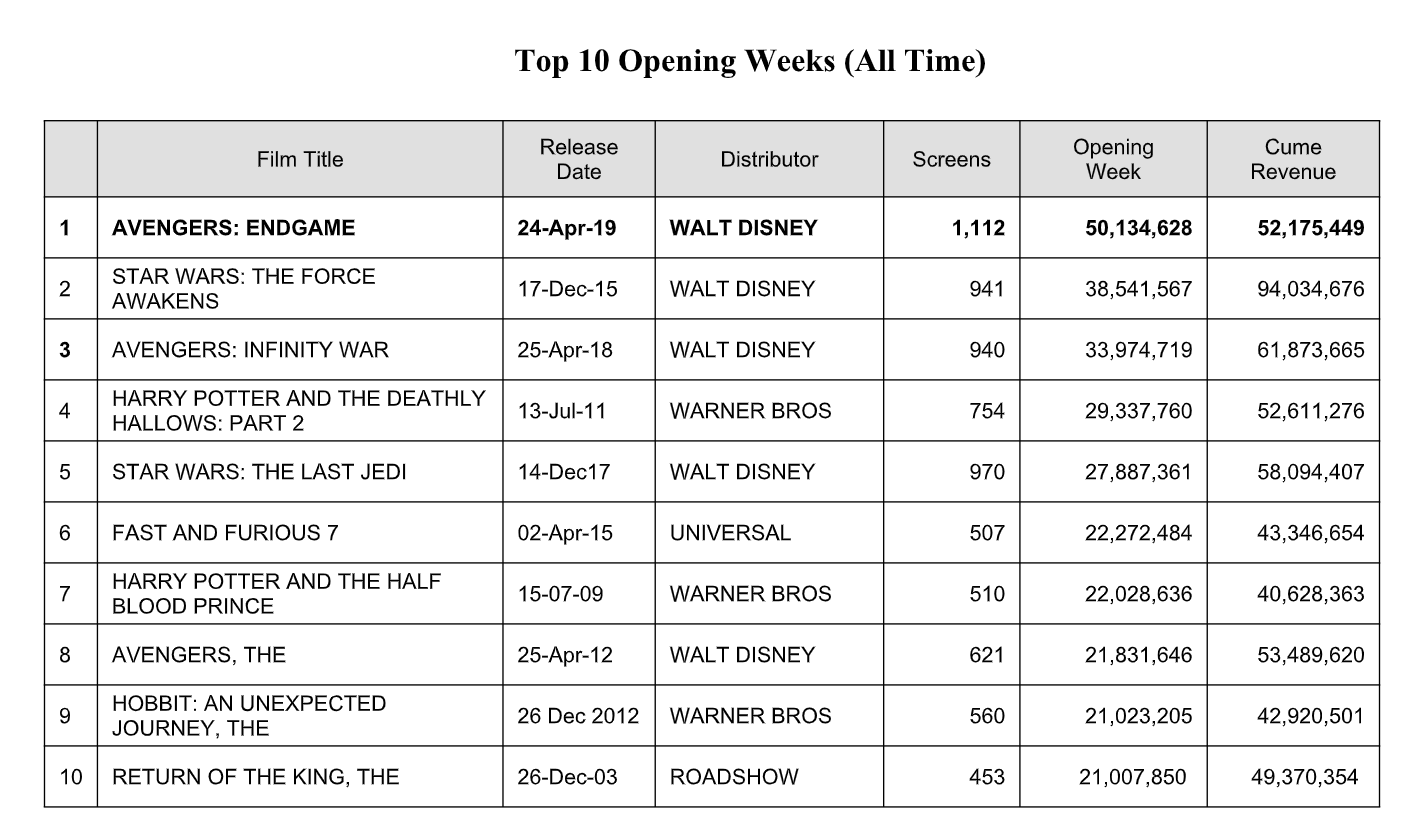 Topping the Best Opening Week chart previously was the 2015 December release of Star Wars: The Force Awakens, which opened with $38.54m.

The top 10 is dominated by four major movie franchises – Avengers (3), Star Wars (2), Lord of the Rings (2) and Harry Potter (2). The only chart entrant not part of that club does come from a strong franchise too – Fast and Furious.

This chart also demonstrates that April or December are the months you want to release a blockbuster. Four movies were released in each month, the other two were let loose in July.