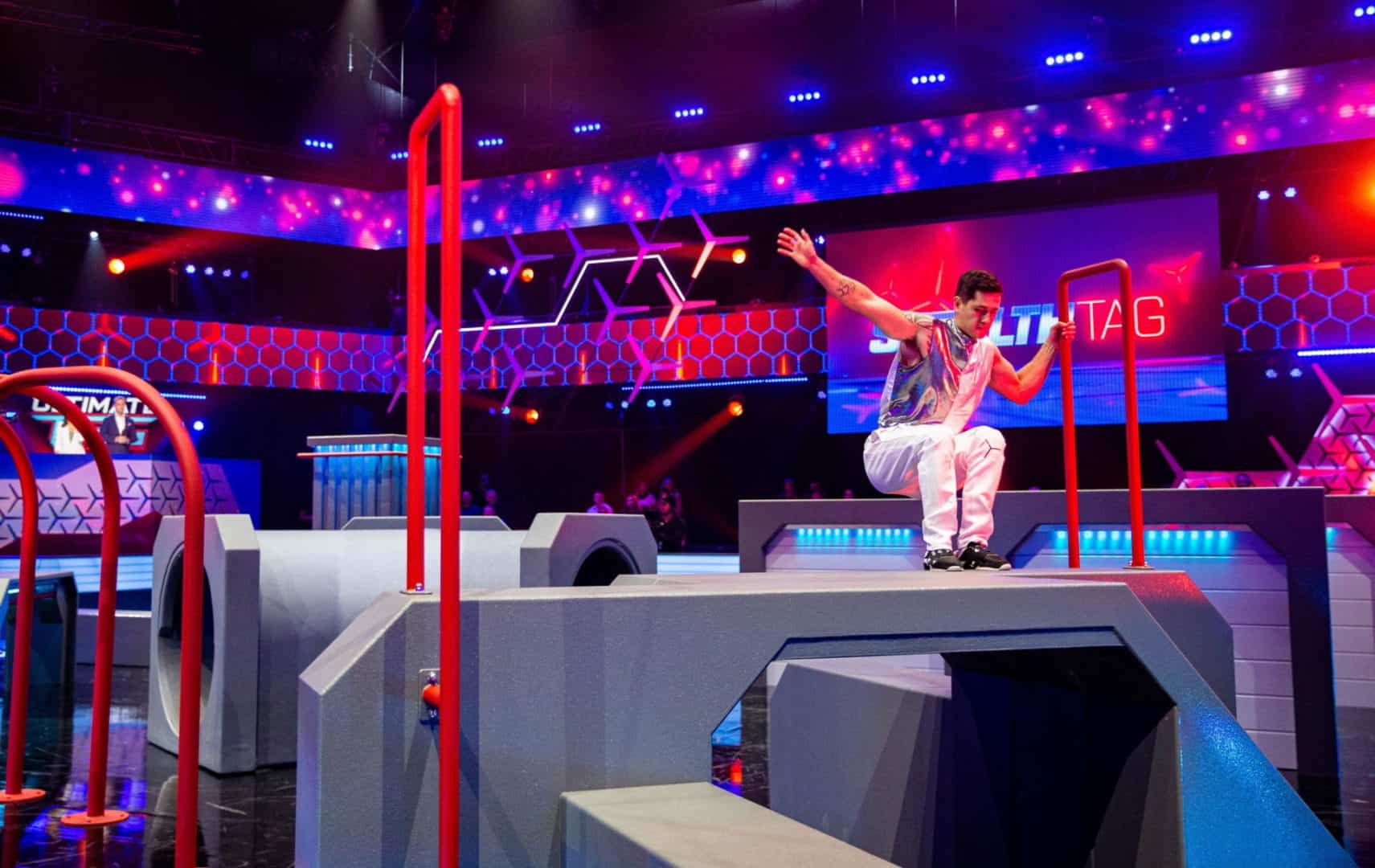 There’s only one golden rule in Channel Seven’s new show, Ultimate Tag: don’t get caught. It sounds simple enough – after all, tag is a game so simple that kids all over the world play it – but it will be anything but easy when contestants go up against Australia’s fastest twins.

Brodie (known as Rapid) and Dylan (known as Razor) Pawson are champion parkour athletes who are fiercely competitive, strategic, and famous for precision running at extreme speeds and daring heights. The two of them have almost 11 million followers on social media, including almost 10 million on TikTok, where they show off their death-defying stunts.

The twins have competed and found success on numerous seasons of Channel Nine’s Australian Ninja Warrior as ‘The Awesome Pawson twins’, with Razor, in particular, pulling off some incredibly impressive runs. Not to be outdone though, Rapid has since won multiple speed competitions in Australia and overseas, including the Australian Parkour Championships Singapore and AAPES Jump Off, both in 2018 and 2019.

When it comes to Ultimate Tag, Rapid and Razor are stepping into the arena with one simple goal: catch anyone who steps in their way. The twins make front flipping over buildings look easy, and are bringing just as much style and flair to the game.

Ultimate Tag will see competitors vault, dodge, tumble and dive their way through three-dimensional courses to earn a place in the final heart-pounding end game and be crowned Australia’s male or female tag champion.

Join Ultimate Tag hosts Abbey Gelmi and Matt Shirvington – who held the Australian 100 meter national sprint title from 1998 to 2002 – for high-octane, physical family fun and find out if there really is anyone in Australia fast enough for Rapid and Razor.

Watch a sneak peek of the twins on Ultimate Tag below: