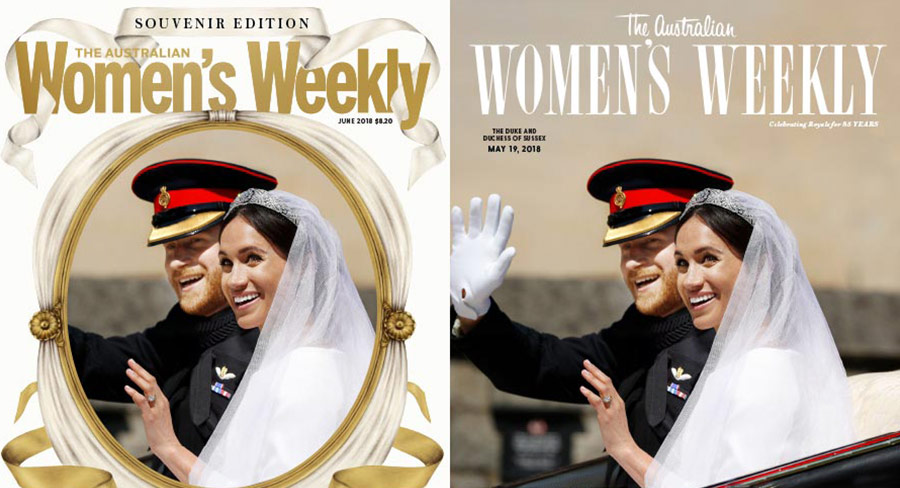 ‘There was never really a question about doing something special as this.’

Having celebrated every royal event that has taken place in the last 85 years, Bauer Media’s The Australian Women’s Weekly wasn’t going to stop now.

It marked Prince Harry’s wedding to Meghan Markle by producing a souvenir edition of the magazine and hosting a high tea for its readers.

The love for the British royal family is still strong among the consumers of The Australia Women’s Weekly. Editor-in-chief Nicole Byers told Mediaweek that Meghan Markle, who is now the Duchess of Sussex, would take the fanfare around the royal family to new heights. “Meghan brings a real modernity to the monarchy,” Byers said. The staff behind the Bauer Media monthly title gathered in the office on Park St in Sydney on May 19 to witness the wedding broadcast together. The team then worked over the weekend to produce the magazine, which hit the stands on May 24.

“We owe it our readers to deliver something like this. There was never really a question about doing something special as this,” Byers said.

The souvenir edition of The Weekly has 50 pages dedicated to the royal wedding. A challenging part of producing it was selecting the images. “We looked at every photo thinking, ‘In 10, 20 or 30 years, would these still have the same impact? Will it conjure up the feelings of the day?’” This is important because readers of The Weekly collect special editions of the magazine. Following the ceremony, the pictures from the royal wedding were plastered on the front pages and covers of many newspapers and magazines around the world. Australia was no exception, with many mainstream entertainment magazines like New Idea, Woman’s Day and Who publishing royal wedding covers. Vogue Australia printed a one-off special edition too.

“What The Weekly offers is reports from Australia’s best-connected royal journalists, which is a real signature of our coverage. The execution of the cover and the simple and refined design is something that people come to us for,” Byers said. Speaking about personal highlights, Byers said, “When Meghan stepped into the chapel and the sunlight shone on her through the stained glass – that was a real symbol of strength. It represented a strong, independent woman embarking on a life-changing event that was not only going to change her life, but also revolutionise the English monarchy.”

Now that the much talked-about “wedding of the year” is over, what is The Weekly looking forward to?

“I would be lying if I didn’t say that we were looking forward to a little royal baby some time in the future,” Byers quickly answered. [Laughs] “Little Louis was just born so there are going to be a lot of cute moments there. “The fact that Meghan and Harry are coming out for the Invictus Games later in the year is really important. It will ignite Australia’s love for this couple even further.”

As for The Weekly, the magazine turns 85 this year. Celebrations to mark the occasion are in the planning and being kept tightly under wraps by Byers. “We have a few special events and an edition coming later in the year,” she said. The magazine recently launched the Our Women Of The Future initiative, which is a search to find young women achieving great things in the areas of Community Health and Charity, Entrepreneur and Business, and Innovation and Technology.