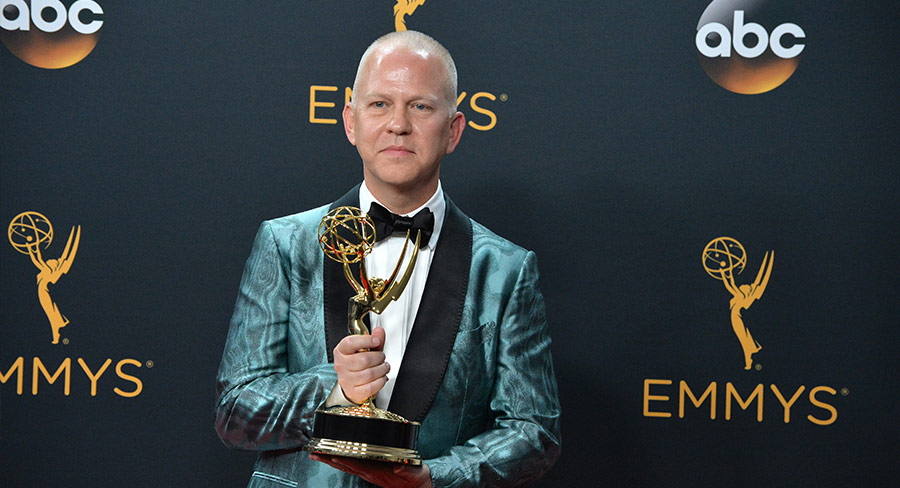 • From Nip/Tuck to The Assassination of Gianni Versace

I watched all 100 episodes of Nip/Tuck, convinced with every riotous instalment that it could not possibly get more morally corrupt. Every week I was proved wrong as the show always scraped new lows in reprehensible behaviour. And after six seasons of scandal and silliness, its producer Ryan Murphy proved he was only just getting started, with a prolific output ever since (and Netflix is his next home).

His dramas have sometimes been hit (Feud) and miss (Scream Queens) but they are impossible to ignore. And his incredible American Crime franchise, is unmissable, beginning with the multi-award winning The People v. O.J. Simpson and now on Foxtel’s showcase The Assassination of Gianni Versace.

This is the international TV drama of the year so far for me. Over nine episodes, it effortlessly recreates the most opulent of worlds, with Versace’s over the top mansions, and serial killer Andrew Cunanan (played by an actor Ryan Murphy discovered for Glee, Darren Criss). And despite it covering some of the creepiest territory yet (and that’s saying a lot, given Murphy’s wildly uneven American Horror Story), this is totally mesmerising from start to finish. It opens with the gunning down of Versace and then bounces around in time but, by showing every murder first and then following it with Cunanan’s twisted machinations, it helps make the tale even more twisted. Darren Criss in The Assassination of Gianni Versace

Murphy is never afraid to cast the biggest of stars, all of whom make you forget who they are. OK, maybe Cuba Gooding Jr wasn’t a great OJ Simpson, but others (like Susan Sarandon and Jessica Lange as Bette and Joan) were totally convincing.

This time round, you will believe that Penelope Cruz is Donatella Versace and Ricky Martin will break your heart as Gianni’s partner. Australian audiences, used to seeing him on The Voice, won’t see anything they recognise here – he will amaze those fans.

Which brings us to fellow Voice judge, Delta Goodrem, who nailed Olivia Newton-John’s singing voice but could not get the rest of the illusion. The second part of Olivia: Hopeless Devoted To You, which one wag on rightfully described as “Hopelessly Convoluted”, was a ratings disaster, leaving all to declare, yet again, that the Aussie biopic is over.

And in that format, maybe it is. Covering an entire lifetime is getting old and, if the story needs to be set all over the world, that’s when we really get into trouble. There is not one second of The Assassination of Gianni Versace that is not dripping in authenticity or lushness, and Aussie productions cannot match multimillion-dollar budgets like that. It’s no longer good enough to re-create the climax of Grease, originally filmed at a high school oval in Los Angeles, at Luna Park in Melbourne. “It’s no longer good enough to re-create the climax of Grease, originally filmed at a high school oval in Los Angeles, at Luna Park in Melbourne,” writes Mercado

Perhaps the future of Aussie biopics is to stop trying to cover it all and concentrate instead on just one major event. ABC’s Saturday movie, Burton and Taylor, doesn’t try to re-hash the legends’ multiple marriages and divorces, like the laughable Liz and Dick (Lindsay Lohan and Grant Bowler) did. That’s because Helena Bonham Carter and Dominic West focus on the pair’s last play together, with the richness of their earlier history infused into just one event.

Aussie production houses should also ask themselves if there is a bigger story to tell, other than just another celebrity’s success, tragedy and redemption. Ryan Murphy always makes sure he has bigger themes to dwell on, like the racism at the heart of the OJ Simpson story or the homophobia driving the action with Gianni Versace. Let’s figure out what bigger stories could be told, other than Aussie blokes leaving their wives for younger women (Brock and Hoges), millionaires living life large (House of Bond and every Kerry Packer miniseries) or Delta releasing a new album just in time for Mother’s Day.