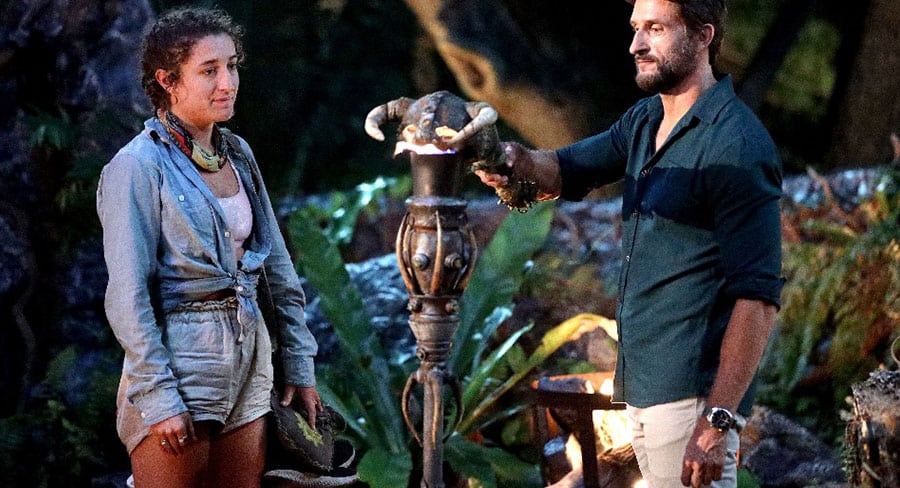 • The Godfather, received the correct name from the Golden God

Faced with the ‘old v young’ alliance at Vakama, the day began with Mat realising he needed to get his hands on an idol.

Remembering Henry had grabbed an idol at the first tribal council, he endeavoured to procure it, should his tribe be sent to vote again.

Still holding a grudge against Daisy for blindsiding him last season, David was out for revenge and set about hatching a plan to make it happen.

Realising Mat would be the key he needed, David suggested an unlikely alliance between the two, keeping it a secret from the rest of the tribe.

With Mat onside, the stage was set for the ultimate Survivor blindside.

Facing off in the reward challenge, both tribes fought to get their hands on piping hot coffee, but it was Mokuta who walked away with the goodies.

On the way out, Mat made a beeline for Henry to ask for the idol if he was headed to tribal next. With the power of the idol only lasting until the next vote, Henry was left to think it over.

During a midnight chat with David, Mat laid his cards on the line. It was agreed that Vakama went back to tribal council, David was to tell Mat who his alliance was voting out, so Mat could save them with the idol. In return, Mat would ask his alliance to vote out whoever David was gunning for.

Stalling at the prospect of voting out Daisy, as he wanted to keep a physically strong tribe, Mat realised it required a lot of trust between both parties, but he was willing to risk it to keep his alliance intact. 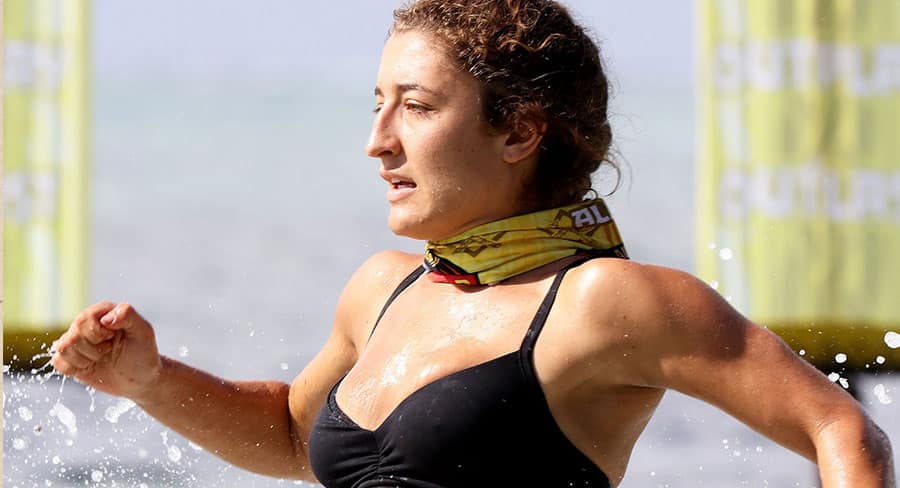 At the water-based immunity challenge, the tribes were neck and neck, facing off to score a goal with a wooden ball. It was anyone’s game, until Mokuta finally won the battle.

With Vakama headed back to tribal, Henry hugged Mat, handing him the immunity idol. The pass however, didn’t go unnoticed with eagle eyed AK running to tell his alliance.

With the ‘sexy’ alliance aware of the idol, they planned to leak the information that Moana was their target, when really it was Jacqui.

But Mat, being the Godfather, received the correct name from the Golden God and placed his faith in David’s word that his alliance was really voting for Jacqui.

Knowing there was an idol already in play, everyone in the tribe was keen to get their hands on another, and so an idol hunt was on.

When Brooke found it first, her alliance was over the moon. Little did she know, she had set the wheels in motion for David to flush the idol so it couldn’t be played against him in future votes.

Telling Mat to spread the word that his alliance was voting for him, keeping Daisy’s name a secret, David walked into Tribal Council hoping his plan to boot his enemy and flush the idol worked.

Playing along with each other’s stories, the Godfather and the Golden God went head-to-head, letting their ‘rift’ rise to the surface.

When it came down to vote, Mat played his idol for Jacqui, Brooke played her idol for David, and with Tribal Council playing out exactly how the Golden God had planned, a completely blindsided Daisy was sent home.