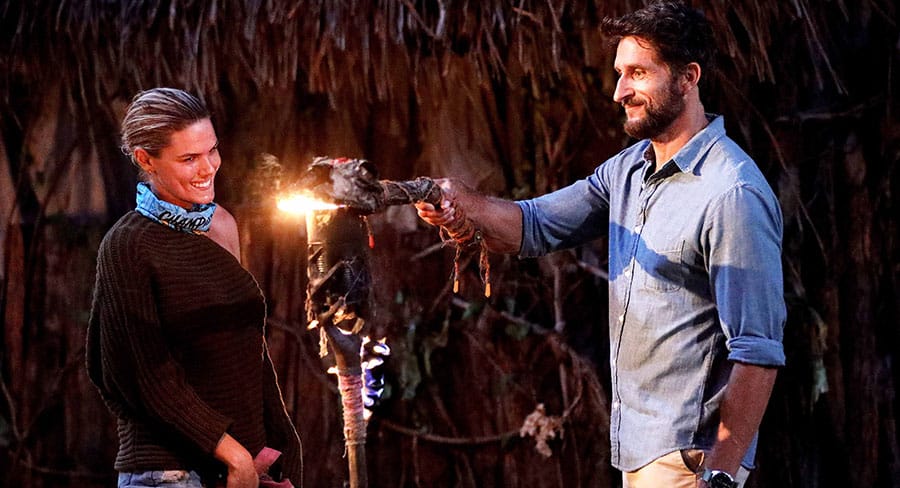 It was time to even the playing field in the dramatic seventh episode of Australian Survivor when the contestants were told to drop their buffs! New tribes were formed, but that didn’t stop the curse of the Champions as they were sent back to Tribal Council, blindsiding VIP gaming manager Sam Schoers.

When the two tribes met Jonathan, the Contenders were shocked to see that NRL legend ET was voted out at Tribal Council. Having won five immunity challenges, the Contenders have well and truly had their redemption on the Champions, whittling them down to only seven tribe members. And with that, it was time to drop their buffs and form new tribes. 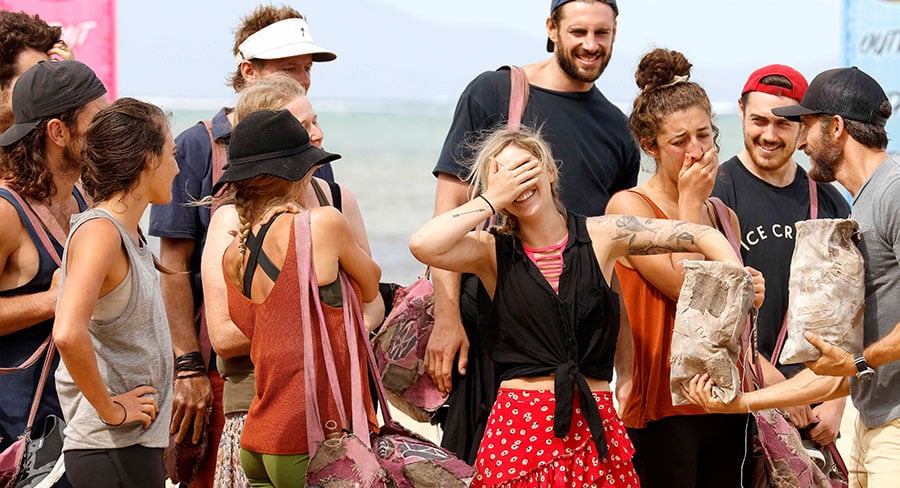 After picking out their new buffs at random, it was game changing for some and game destroying for others. Janine, Abbey and Pia managed to stay together as an alliance but were moved to the Contenders beach with Ross and Simon, joining Harry, Matt, Casey and Shaun.

On the Champions side, Daisy was devastated to be leaving the other half of her power couple, Shaun, but remained in the majority with six other original Contenders, Andy, Sam, Sarah, Hannah, Baden and John, joining the last remaining Champs, David and Luke.

Facing their first immunity challenge as new tribes, the Champions and Contenders were up against an excruciating endurance challenge where, in pairs, they had to hold a squat position and avoid knocking over the blocks that sat between them. In the end, it was down to Abbey and Janine for the Contenders and Daisy and Sam for the Champions.

In a desperate move, David and Luke begged old tribe mates Janine and Abbey to throw the challenge for them, knowing their heads were on the chopping block in their new tribe. However, Janine and Abbey stood strong and after lasting longer than 55 minutes, took out the win, sending the new Champions to Tribal Council. 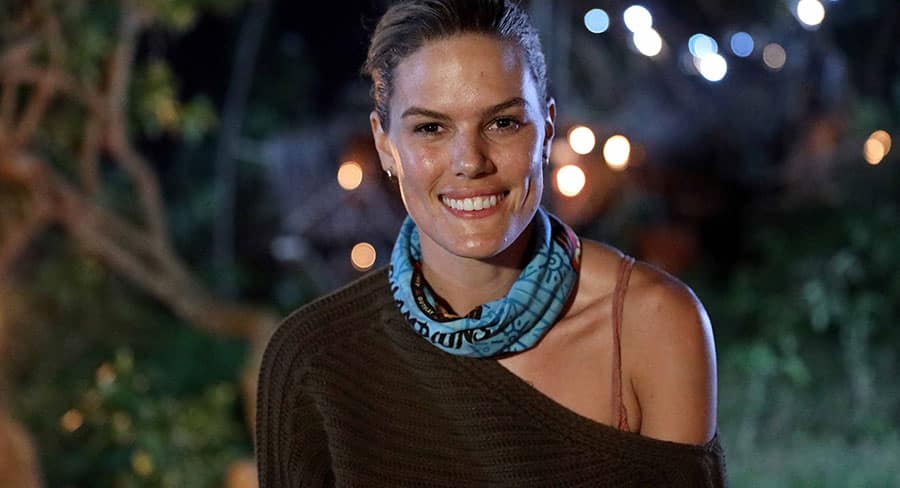 After returning to the Champions beach, it wasn’t looking good for Luke and David as they pleaded their case to each of the original Contenders, who were all standing strong.

At Tribal Council, David and Luke began hinting that there were cracks in the original Contenders alliance and that the vote was not a sure thing. In what could only be described as a truly glorious blindside, Sam was the seventh person voted out of Australian Survivor.