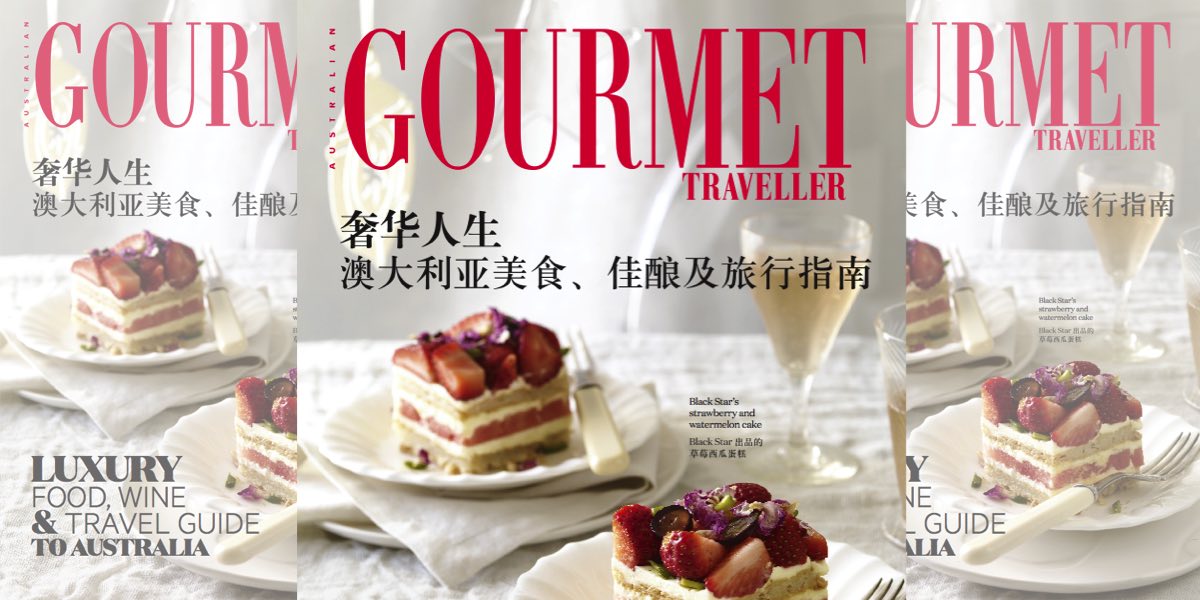 It’s a year of celebration for Gourmet Traveller this year. “Talk to us at the end of the year and we might have gained about five clothing sizes,” giggled Gourmet Traveller publisher Cornelia Schulze looking at the editor of the magazine, Anthea Loucas, who nodded in agreement with a smile.

The company’s premium travel and food title will kickstart the New Year by celebrating another New Year. The title’s 100-page Chinese edition will debut on January 21, just over two weeks before the Lunar New Year on February 8.

“Chinese tourists are a huge part of tourists coming to Australia…They are now the largest group coming to Australia,” Schulze said. “We felt that Gourmet Traveller was ideally suited to give those visitors a bit of a taste and insight into what they might really have to see, do, taste, and experience in the country.”

“Advertisers also want to speak to that market,” Loucas added.

Another magazine in the Bauer Media stables, Harper’s Bazaar, has published an annual Chinese edition for the past two years with 2016 being its third. “We did follow in the footsteps of Harper’s Bazaar. At the end of the day, the content and the aim of the product is still the same, [which] is to serve that market – we just to think about it in English and then translate it. The ideas have the same editorial integrity as they would when approached in English,” Loucas said.

Speaking on the difficulty of editing a magazine in an unknown language, Loucas scoffed: “It takes some getting used to. It takes a lot of trust on behalf of our translators.”

A lot of content from the past issues of the magazines was aggregated for the Chinese edition, and in one instance it was the opposite.

“One of the stories that we devised and designed for this issue [the Chinese edition] was The Most Instagramed Cult Desserts in Australia, knowing that it would appeal to this social and very media-savvy group.

“Then we realised that was a great story for the English edition, so we actually went backwards and translated into English. That is appearing in the next issue.

Explaining how the approach to the Chinese edition was different to the regular ones, Loucas said: “This has a function that is slightly different to a regular Gourmet Traveller in that we approach it as a beginners guide to the country.

“We did a lot of research. I spoke with a lot of hotel concierges and some of our luxury clients and also specific concierges that deal with these high net-worth individuals that come from China and what they like to do here.”

When Mediaweek asked if this would be a one-off, Schulze very confidently stated: “I am not going to give you an exact timeline. But, this is not going to be [the] last one.”