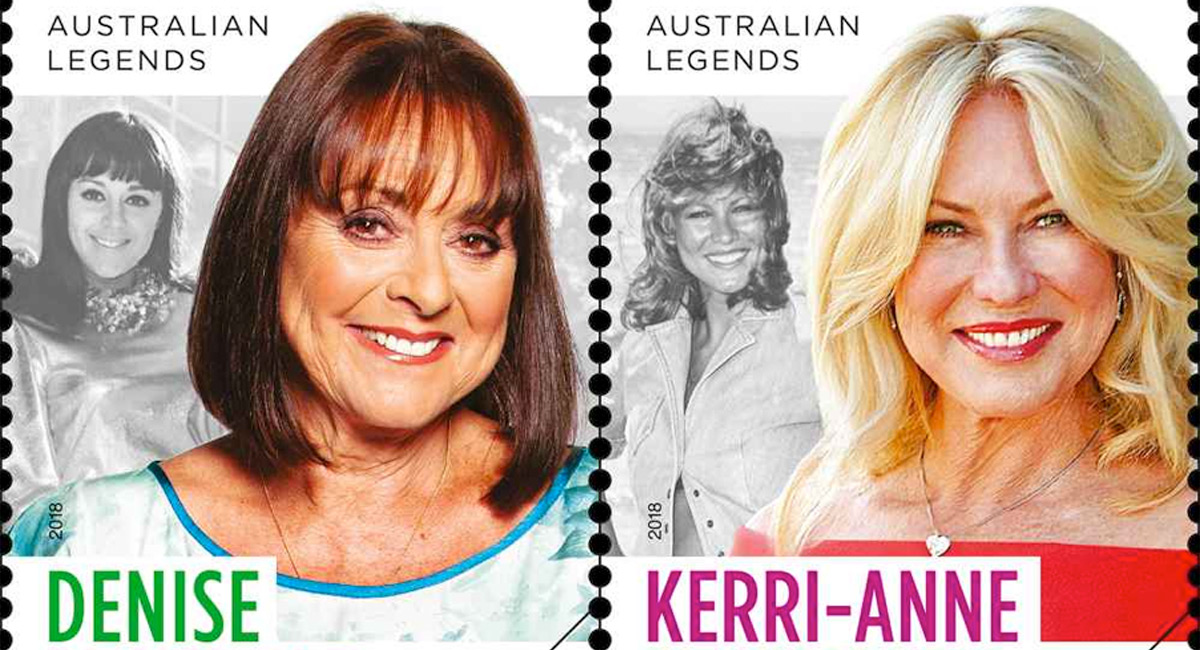 Five Aussie TV legends have been honoured in a special collection of stamps as part of the Australia Post Australian Legends Award.

Kerri-Anne Kennerley, Ray Martin, Daryl Somers, Denise Drysdale and Bert Newton all feature in the new stamps. The designs incorporate a current portrait of each Legend, together with an action shot taken during their television heyday.

“Each of these multi-award winning television personalities have made unique contributions to the Australian entertainment industry and have played a role in forming our national popular culture,” said Christine Holgate, Australia Post managing director and group CEO.

The stamps were designed by Jason Watts of the Australia Post Design Studio.