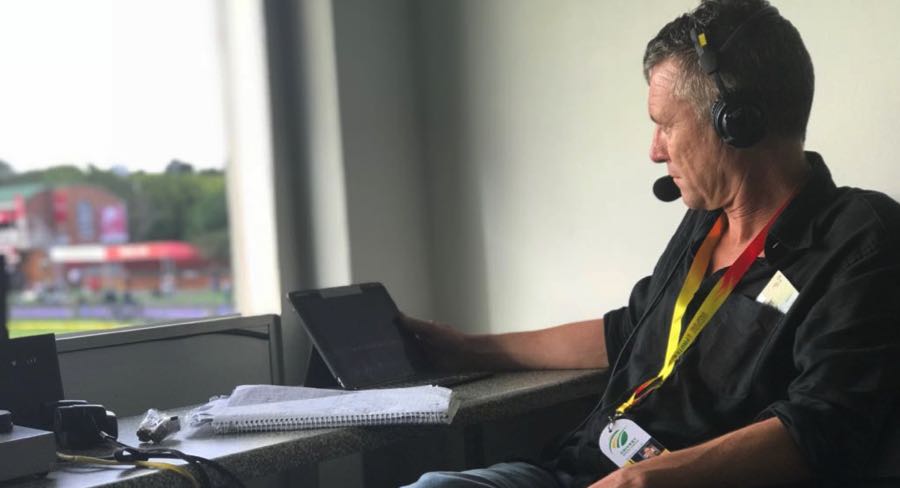 The Australian’s sports journalist on the ‘self-serving’ relationship between journalists and players and cricket’s new home this summer.

After the ball tampering scandal that unfolded in Australian cricket earlier this year, The Australian’s award-winning chief cricket writer Peter Lalor hopes that it doesn’t reduce enthusiasm around the sport this summer.

He told Mediaweek: “Attendance in test matches and viewing audience on television only ever go up with cricket. I hope not too many people have been turned off by what happened in South Africa.”

Lalor recently won the Peter Frilingos Award for Outstanding Sport Reporting at the 2018 Kennedy Awards for his work on the ball tampering scandal.

“I’d convinced myself that I didn’t have a chance,” he said. “It was one of the biggest stories I have ever worked on.

“It wasn’t really a scoop. I was reporting on something that most people were across. If there was any degree of exclusivity to it, it was that I travel with these people and have known them for a long time.”

Lalor was sitting in the foyer of a hotel on the day that suspensions were handed to Steve Smith, Cameron Bancroft and David Warner. “They would only allow you that access if there is a degree of trust between you and them,” he said.

“People criticise sports reporters for sometimes being too close to their subjects but I would counter that by saying we wouldn’t get a lot of the stories that we get if we weren’t close to them.”

What may have made his report stand out from the plethora of others about the incident was the “human take” on a situation that was “very, very dramatic”, Lalor said. “I even wrote in one of the pieces that I just wanted to give Steve Smith a hug and tell him that everything was going to be all right, but I knew it wouldn’t be. He came over that morning and asked me, ‘Can I have that hug now?’”

Lalor calls the relationship between sports personalities and journalists “self-serving”.

“Everyone is looking after themselves to some degree in this relationship,” Lalor explained. “You have to have the strength of character to criticise when they need to be criticised.

“I have said to players sometimes, ‘Look, one day I am going to do you over. I want you to remember that.’ [Laughs] It has to be out there. It can’t be a one-way street.

“If they aren’t scoring runs or are not taking wickets and I think they should be dropped from the team, then I will write that. Likewise, make runs and I will do a handstand for you.”

The Australian cricket team and journalists covering the game have a busy 12 months ahead of them. “This one is going to be a six-test summer,” Lalor said. “We will roll out of the summer into a World Cup. Then that will go into the Ashes. Then we will be into the 2019 summer.”

However, for Lalor, the upcoming season of cricket is going to be an exciting one.

“Australia is in heaps of trouble. With Smith and Warner banned, that’s 200 runs per test match they have to find from somebody else,” he said. “As a journalist, I am really looking forward to it because there are going to be a lot of new players and a lot of new stories to tell. I am anticipating a good summer. To be honest, the last summer Ashes were a little boring with a set team. It doesn’t offer a journalist much meat to chew.”

After many years of writing about cricket, Lalor admitted that he has lost the ability sit on the couch or watch the game from the stands with a beer in hand and cheer on the team. “I don’t do that any more,” he said. “But I do get to sit in the press box and cheer on a story.”

The recent change in the broadcast home of cricket in Australia has opened more opportunities for cricket writers. Fox Sports and Seven are on the hunt for new voices to join their coverage. “There are discussions from Seven and Fox Sports around bringing the unique perspective that we have in the press box,” Lalor said.

Asked if he will be seen on television over the summer, he laughed and said: “Can’t say too much. There is still bit of a shuffle going on. People are still working out what they are going to do. Keep your fingers crossed and hopefully you’ll be spared my head on the screen.”