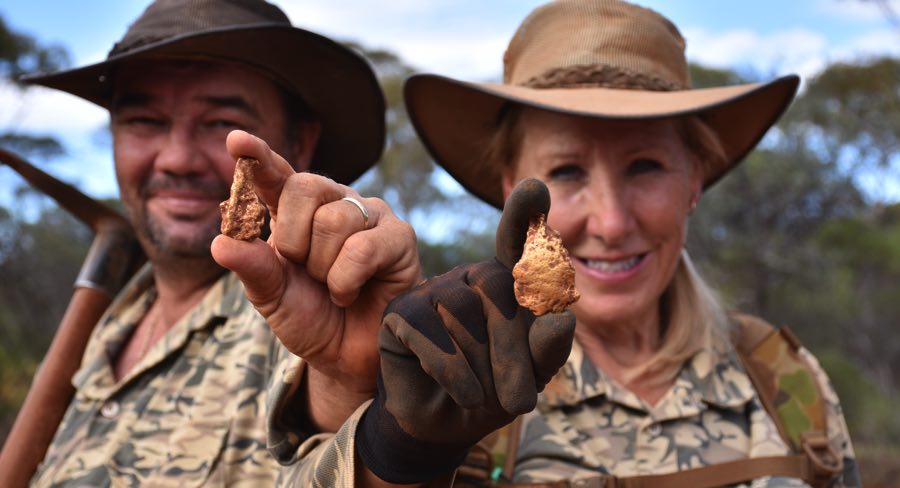 Discovery Channel has announced its two highest-rating shows will return in 2019. Production has commenced on the fourth season of Aussie Gold Hunters (13×60) and the second season of Outback Opal Hunters (13×60).

Production on Aussie Gold Hunters is currently under way and will see the return of Vern Strange, Christine and Greg Clark, Ted Mahoney and daughter Tyler, as well as a rookie team The Scrappers fronted by British gold hunter Alex Stead.

The series has aired in over 33 countries and territories since it launched including the UK, Germany, Spain and Italy.

Outback Opal Hunters is made by Prospero Productions. The second season of the show will mark the return of Justin Lang, Daniel Becker, Kelly Tishler, and Col Duff, along with brothers Peter and Mick Cooke. Outback Opal Hunters season two is currently in production and the filming has expanded to Western Australia.

The series has aired in over 20 countries and territories including the UK and Germany.

“We are excited to be continuing our investment in local programming with the return of these two fantastic titles,” said Jonathan Rudd, Discovery Network Asia Pacific’s vice president factual and sports products. “Aussie Gold Hunters continues to grow each season, finding new audiences and breaking records for the channel. We couldn’t be more thrilled with its success. Season 1 of Outback Opal Hunters was a breakout hit for us and we can’t wait to see what the new season has in store as we increase our offering to 13 episodes and add Western Australia to the mix.

“A core component of Discovery’s programming is showcasing extreme jobs and Australia is renowned for having some of the most dangerous and unique professions in the world – gold prospecting and opal mining are no exception. There’s a huge appetite for these stories and characters, not just in Australia but internationally, as their success in overseas markets demonstrates.”

The new seasons of Aussie Gold Hunters and Outback Opal Hunters will launch on Discovery Channel in the first half of 2019.