The ABC receives a good audience turnout for Budget 2015 coverage

Treasurer Joe Hockey’s 2015 budget announcement last night received plenty of coverage with broadcasters and radio stations planning and promoting their coverage of the big day weeks prior to May 12.

Sky News and the ABC had hours of programming leading up to and after the budget announcement to ensure they helped viewers get their heads around what was ahead for the Australian economy and how it would impact them.

While MasterChef Australia may have stolen the thunder last night, the audience turnout for the budget coverage on the ABC and other commercial stations was fairly notable.

ABC News had a pre-Budget audience of 885,000 followed by the Treasurer’s Budget Speech on 733,000 which was enough to rank #2 in the slot behind MasterChef. The broadcast of the speech ranked #10.

The 8pm Budget Special offered much for 600,000 viewers from Leigh Sales mauling Joe Hockey through to shots of interviewers and their guests freezing outdoors in the late autumn Canberra evening.

On subscription TV, Sky News’ coverage of the Budget Speech was watched by an audience of 50,000. The numbers then dropped to 45,000 for Budget 2015: The Verdict hosted by Sky News Political editor David Speers.

Print got in on the action with many major mastheads dedicating their front page to last night’s announcement. 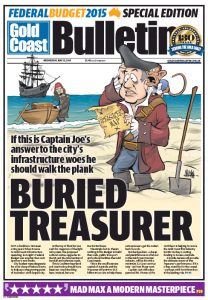 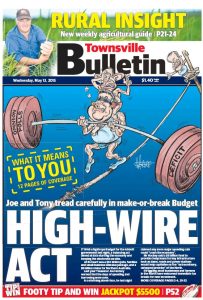 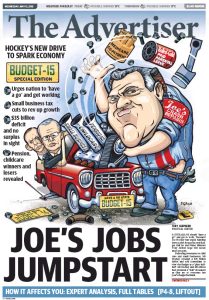 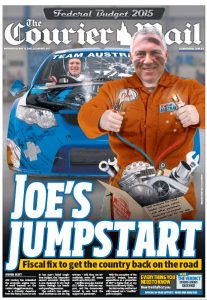 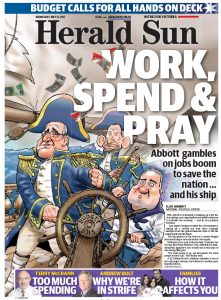 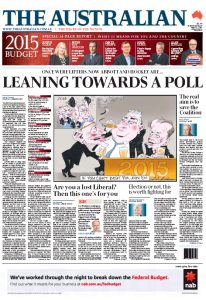 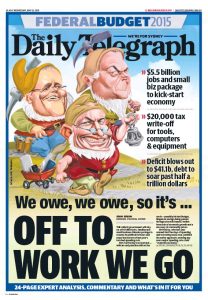