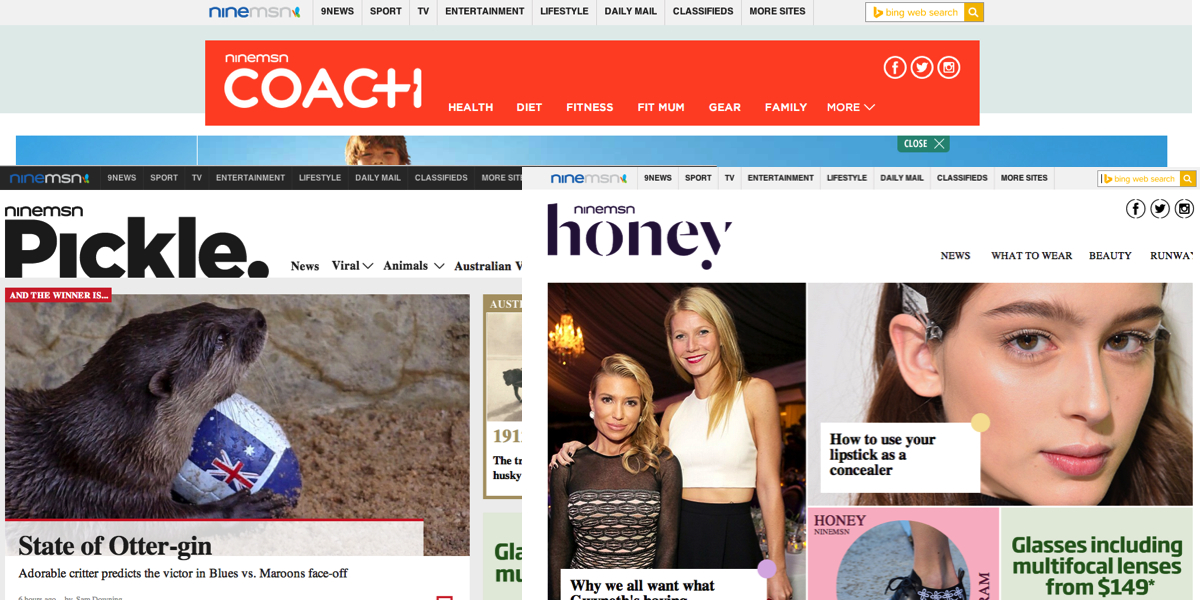 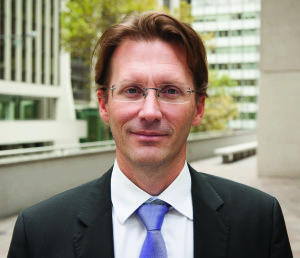 Audience demand was key to the development of ninemsn’s recently overhauled lifestyle sites ninemsn Honey, ninemsn Coach and ninemsn Pickle. Canvassing beauty and fashion, health and fitness and viral content, the three sites represent a more targeted content approach for the digital publishing giant. “We’ve had 18 years of operations and experience with an audience, and we’ve been closely following what content is consumed and how. We’ve got a really deep understanding of what people want. We were also given an opportunity to develop some owned and operated lifestyle properties. That’s really where this comes from, it’s been the combination of opportunity around audience coinciding with our content partnership with Bauer ending,” ninemsn editor-in-chief Hal Crawford said.

“When we looked at what we thought our audience would like, we had a real chance to be individual. Each of our new sites – Honey, Pickle and Coach, they are all quite distinctive in a way that corresponds with some aspect of the mainstream Australian audience. We saw around fashion and beauty that there was a gap in the market between the bloggers and the fashion magazine guys. Around Coach, we thought that fitness and health was being underserviced in terms of positivity. The ability to be positive around the news and information that you’re delivering is obviously a great asset, commercially as well as editorially. Pickle really crystalises what we were doing at ninemsn already, but we were doing it in different sections which were sometimes not a comfortable home for that sort of viral material. So we created a place where it could not only sit comfortably but where we could go hard on it,” he added.

The new targeted content offerings ninemsn Honey, ninemsn Pickle and ninemsn Coach were not developed in reaction to international players like BuzzFeed and Mashable moving into the Australian market, Crawford was quick to state. “Absolutely not. What I would say is that all of those sites work in the same space as Pickle for a reason – because there is massive interest from people. It’s a content classification that makes a lot of sense for people, and because of that there’s a lot of competition heating up. But no, because the content we’re putting on Pickle is the same as what we’ve been doing for years. Previously we were putting them in holders like the Nine News website or just under the generic lifestyle tag. Now, we’ve developed a specific, stand-alone destination for that content.”

Crawford noted that both audience and advertiser reaction had been largely positive. “The Nielsen numbers for April are good – we’re really happy to see Honey beating its fashion content rivals, it’s brilliant. Pickle isn’t classified within Nielsen so it’s difficult to compare. But it has 646,000 views, which is a very strong start for the site. Coach started really well too, and affirmed out belief that there was an audience for these sites. Each one of them has over 300,000 real people reading them, which is remarkable. Honey was where we were initially focused, because that fashion and beauty space has quite a few competitors. But it really started with a bang, we were the official digital partner of Mercedes Benz Fashion Week and that really helped our traffic and our brand.

“The advertiser reaction has been great too. Before we launched, we had also been around in market talking to people and it’s great to be able to come back to them with some actual audience. There’s a lot more reality in what we’re talking about, and it’s been a very favourable response. I’ve been to Sydney and Melbourne to chat and we have people in Brisbane, but I will go anywhere there’s an agency that wants to hear from me.”

Social integration is key to the ninemsn offer, Crawford continued. “It’s an important editorial strategy to maximise the website hits you’re getting. The more you can diversify your distribution, the better. Ninemsn is a destination site and we get a lot of traffic to the home page which is great. But we are also gunning to drive more traffic directly from social networks. To do that, a hook is hugely important, and depending on your content vertical, Instagram can be very helpful. Twitter is also important, although it’s not what I’d call an absolutely major traffic driver – as a lot of people have commented, Twitter is about reaching influencers. There’s a mix of things that we do, and social entries to the site are very important.” 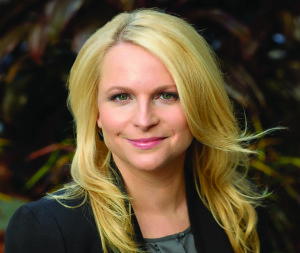 ninemsn plans to develop long-term relationships with agencies and clients that continue beyond an individual campaign, Mi9 national sales director Emma-Jayne Owens asserted. “There will always be a balance between something very specific for a campaign and stuff that will run over the longer term. We want to work with a range of different advertisers that may come in and out from a campaign perspective, but turn to us for marketing.”

The positive advertiser reaction that Owens told Mediaweek the new sites were enjoying means this shouldn’t be too much of a challenge for the digital powerhouse. “The reaction has been really good, and in the past month it’s gotten even better – obviously we were telling the market for some time that this was coming, but most recently we’ve been going around with Hal and our deputy editor Emma Chamberlain and doing client and agency roadshows. The interest and confidence in all of the lifestyle brands has been really encouraging. We had some early indications of what was happening from an audience point of view, but there’s been even more interest from the ad side since the audience numbers have really delivered.

“This is the biggest launch that we’ve had this year, and it’s the next step for us in evolving the whole ninemsn network. We did the Nine News site, then these three new lifestyle brands and we’ll also be looking at food and homes later this year. That’s all part of a network-wide plan to help us evolve and make us much more responsive and much more image led. We’re also making the sites much more immersive for the audience, and there’s a lot more to come for ninemsn in this area. We’re doing more website refreshes to deliver against the needs of the audience and to make sure that we’re delivering a great content experience and a great advertising experience right across the network. In no particular order, finance, sports, homes and food are the next things on our agenda,” she said.

Native content is a big part of ninemsn’s advertising play, Owens added. “Particularly within the lifestyle space, the whole idea of native is that is should be very editorial based and natural. What we’ve found from an audience perspective is that it’s all content, but it needs to have the same look and feel as pure editorial. What we’re offering is across the depth and breadth of our entire editorial team, as well as our ad guys. We’re making it an integrated offering.”