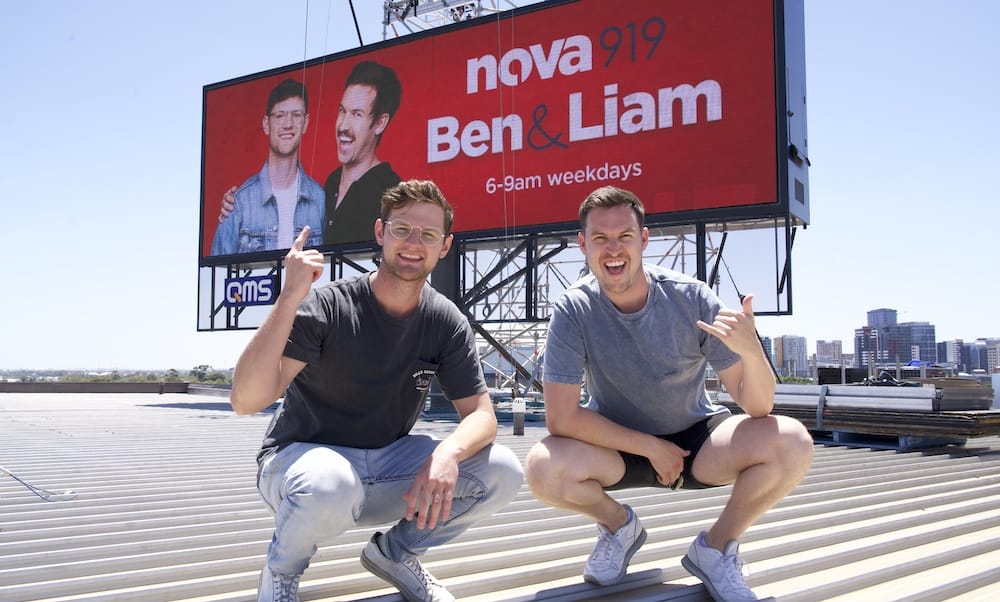 It is not exactly on top of a huge high-rise, but eight stories above the ground is still high enough to induce vertigo for some.

That is where Nova Adelaide breakfast hosts Ben & Liam were this morning for a broadcast in front of a giant Nova billboard. Ben & Liam: They are there somewhere

Situated at the corner of corner of West Terrace and South Terrace, the breakfast boys on the broadcast had a view across Adelaide Parklands and the Wester Terrace Cemetery. They even managed to work in some live reads for venues in their sights.

The duo carefully worked the maximum publicity from Channels Seven and Nine – weather from Seven Adelaide’s Amelia Mulcahy and a hopeful promise from Nine Adelaide newsreader Kate Collins the Ben & Liam billboard broadcast might be on the 6pm News. “Let’s hope it’s a slow news day,” she advised.

During the Ben & Liam billboard broadcast they spoke to a number of passers-by on the phone with some admitting they had switched channels from their normal breakfast radio choice.

There was also a bit a rain this morning too, getting a little heavier as they got close to the finish time of 9am. 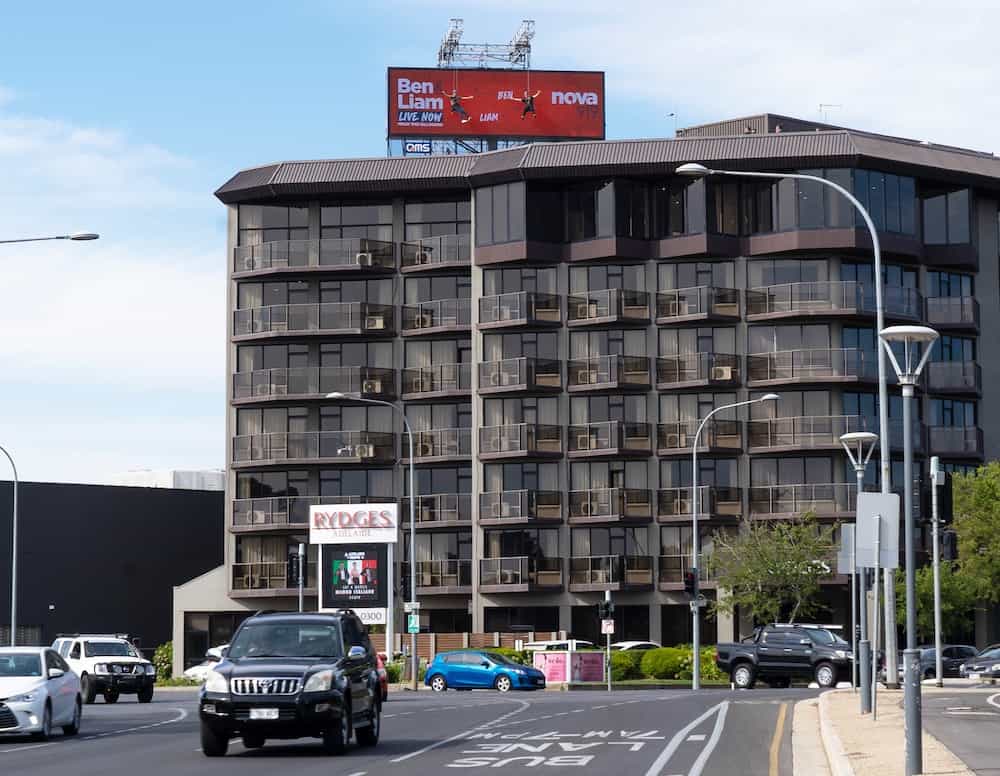