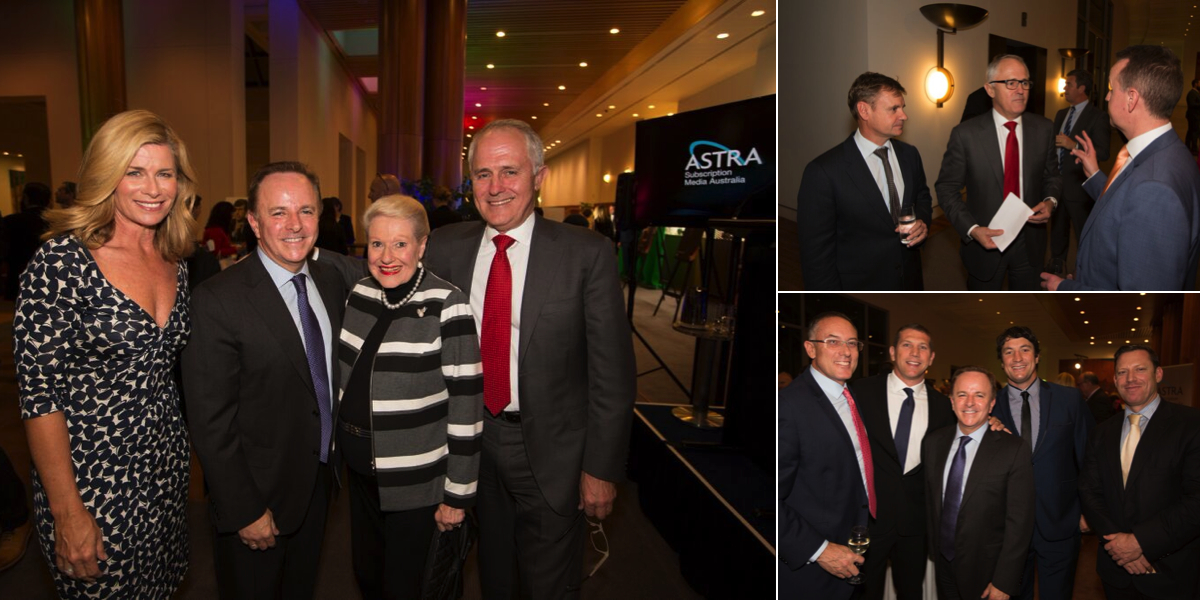 Senior executives from ASTRA and the subscription TV sector descended on Canberra yesterday for meetings with politicians and the annual ASTRA cocktail reception held inside Parliament House.

ASTRA provided a well-stocked lolly bar and guests were shown a preview of the new BBC First series Banished. There was also a goodie bag on offer with promotional products from various subscription TV channels.