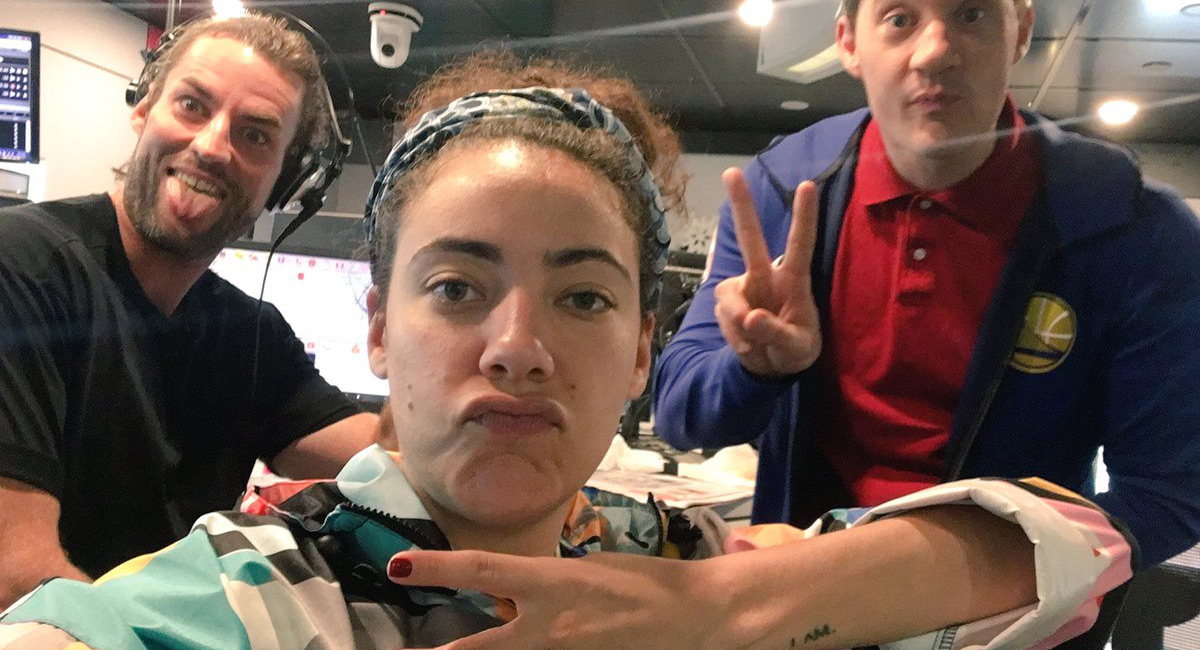 It has been a few memorable days for broadcaster Ash London… until today.

She had recently accepted a marriage proposal from her boyfriend and they are due to move into a property she described as her “dream home” this week. On Monday London started hosting the Hit Network summer breakfast show with Ed Kavalee and Ash Williams.

On Monday much of the discussion surrounded London’s proposal and her impending marriage (May 2018).

However, on Tuesday things went off the rails when she made unflattering comments about former One Direction singer Louis Tomlinson before they played an interview with the pop star.

The 1D army turned on London, which saw her trending on Twitter for all the wrong reasons. 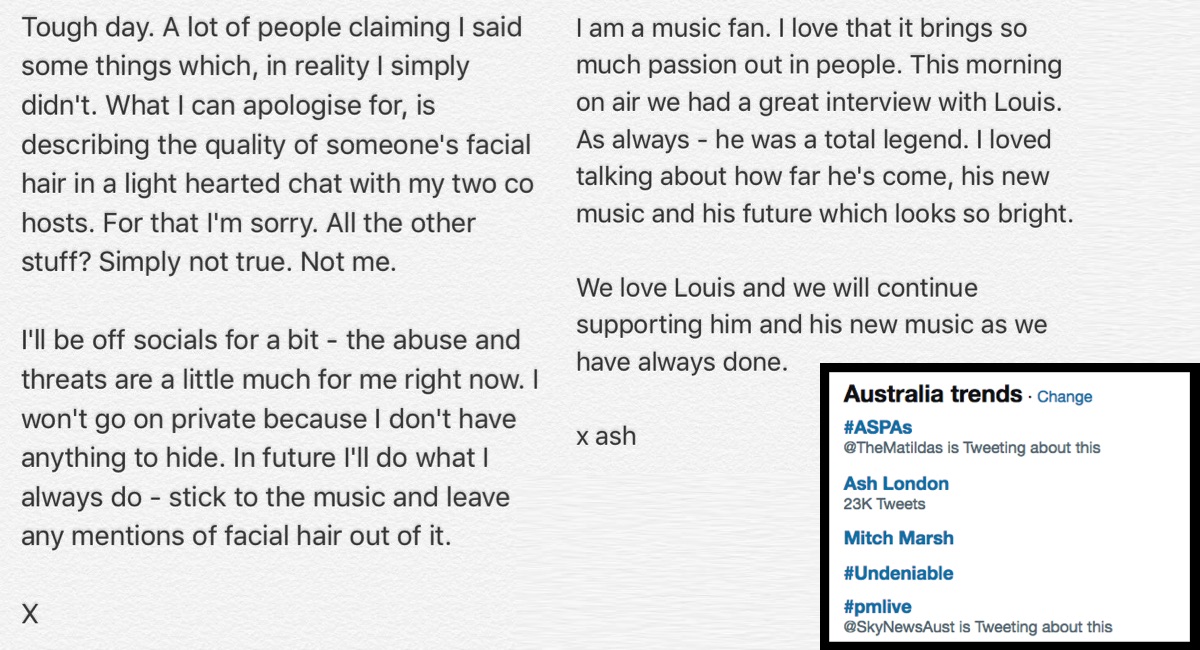 The statements London posted yesterday after the 1D backlash

London released several statements on Twitter, noting that she would be going off social media for a little while.

Meanwhile there was more controversy on the program today. After an interview with tech guru Trevor Long from ETFM.com.au, Williams and Kavalee admitted they would be investing in Bitcoin today.

Images: London in the studio with Ash Williams and Ed Kavalee