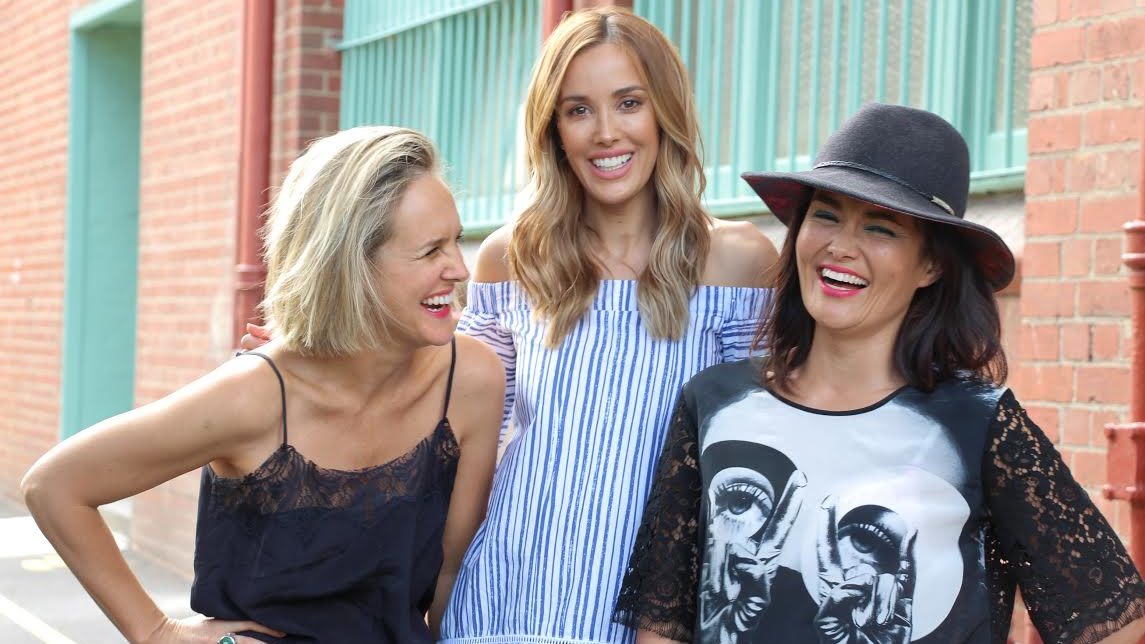 In her Fairfax Media magazine column on the weekend, ARN Melbourne broadcaster Meshel Laurie wrote about the challenges she faced in 2016, how busy she was and how the year made her tired and grumpy. So much so that she felt the need to go on holiday alone at the end of last year.

It comes as no surprise then to learn that Laurie has backed away from her co-hosting role on ARN’s daily 3pm Pick Up show for 2017.

ARN has announced a new lineup for the show, also just days after SCA’s Hit Network revealed Carrie Bickmore and Tommy Little would be hosting a national one-hour program weekdays at 3pm.

This is how ARN reported the changes this week:

ARN is excited to announce the evolution of The 3PM Pick Up in 2017, welcoming high profile personalities Rebecca Judd and Yumi Stynes to host alongside Katie “Monty” Dimond on the national 3pm-4pm show on the KIIS Network in 2017.

ARN’s National content director Duncan Campbell explains the evolution of the show: “The 3pm Pick Up is an hour of fun stories and hot topics of the day, brought to you by intelligent, interesting women who have a fantastic sense of humour.

“ARN was the first-to-market with a show in this unique 3pm time-slot and position back in 2011, creating an entertaining afternoon show that helps our listeners keep in touch with the real conversations that women are having every day around the country.

“Our new 2017 hosts Monty, Rebecca and Yumi are a mix of media professionals, bloggers, business owners, and Mums who have a serious social media footprint that has turned them into personalities with real influence among their engaged audience.”

The hosts: 3pm Pick Up

Known for her frank, fresh opinions and sense of fun, Katie “Monty” Dimond joined the KIIS Network in 2014 as a co-host on The 3PM Pick Up and she also has a huge following on her women’s lifestyle website Show + Tell, the “home of conversations that connect women”. While juggling her media commitments, Monty also loves being a mum to two young boys, Baxter and Arlo.

“I’m so pumped to work with Yumi and Bec this year. I love these girls and what they do and think our 3pm audience will have a real hoot listening. I suspect it will be like eavesdropping on some juicy conversations. It’s fair to say the three of us don’t have many boundaries”, said Monty.

A household name before establishing her popular blog Rebecca Judd Loves, mum-of-four Rebecca Judd will make her radio debut as part of the new 3PM Pick Up lineup.

Rebecca is one of Australia’s busiest and best known personalities and can now add radio host to her long list of accolades including being a Channel 9 television presenter, model, speech pathologist, wife, mother and blogger.

Rebecca said: “I’m so excited about joining the girl gang on The 3PM Pick Up. This will be my first foray into radio, I haven’t done anything like this before! I have the pleasure of being able to speak to so many different women through Rebecca Judd Loves so it’s going to be great to be able to engage with them alongside Monty and Yumi on so many topics each week.”

No stranger to radio, Yumi Stynes will return to the airwaves on the KIIS Network after hosting ARN’s Breakfast Show in Sydney and a break for maternity leave.

With a media career starting in the year 2000 when she won the Channel [V] music reporter search, overnight Yumi went from making ham-and-cheese sandwiches in a Melbourne takeaway to being snogged by Robbie Williams on live national TV.  Since then she’s written for major publications across Australia and worked on TV and radio interviewing actors, comedians, directors and musicians all over the world and is known for being a versatile and witty presenter.

Yumi said: “I have four kids and a rock n roll heart and, like so many other parents, I’m knee-deep in lunches, homework and schoolyard politics.  I still love to laugh though, and feel so privileged to be able to share the humour, the pain and humanity of life on The 3PM Pick Up.  I know the audience because I am literally the woman we’re talking to.”

Meshel Laurie, who co-hosted The 3PM Pick Up with Monty in 2016, will focus on KIIS101.1’s Matt & Meshel breakfast program among her many other media commitments.