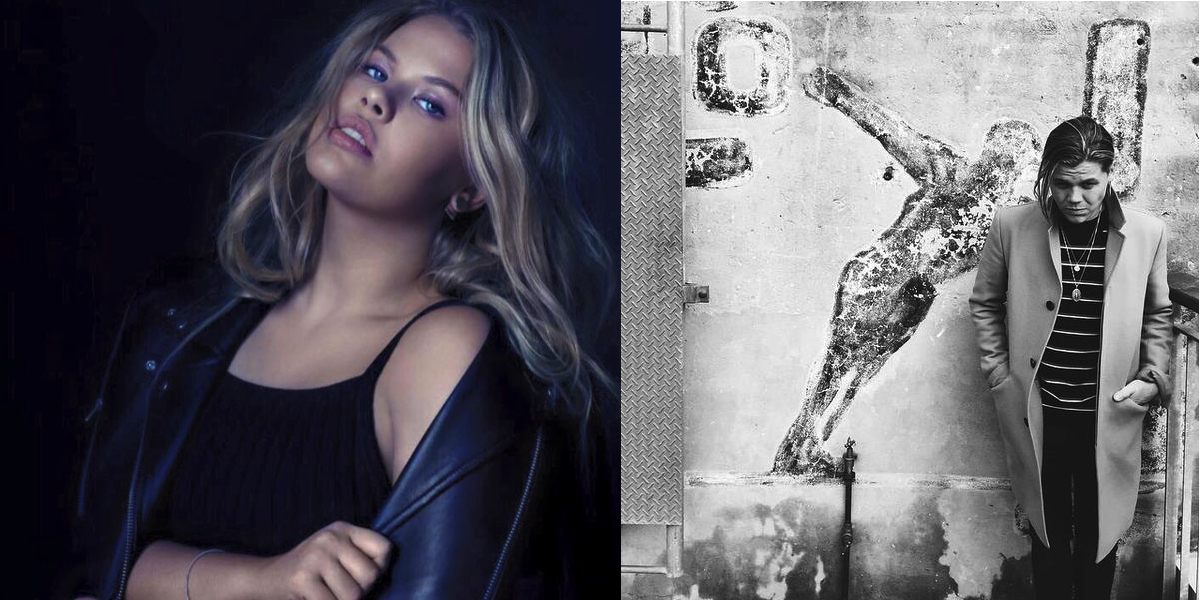 It’s been a good year for the Sewell family from Brisbane, but it stepped up a notch on the weekend. Earlier this year Grace Sewell scored a #1 on the ARIA Singles Chart with “You Don’t Own Me” spending a week on top at the end of May. The song is still top five after eight weeks on the chart.

Now Grace’s brother Conrad Sewell has topped the chart too, making the Sewells the first Aussie-born siblings to each get a #1 single. Conrad’s “Start Again” makes top spot after four weeks on the chart, climbing from #2 last week.

Three newcomers in the top 10 this week were all from further down the top 50:
#3 Rachel Platten with “Fight Song” goes top 10 again after 13 weeks on the chart and up from #21 last week.
#5 Meghan Trainor with “Like I’m Gonna Lose You” is up from #19 last week.
#7 “Powerful” from Major Lazer is up from #15 last week in its third week.

Just one new entry in the top 50 in the past two weeks is The Weeknd with “Can’t Feel My Face”.

Inside the top 50 from lower down the chart are Rita Ora with “Poison”, Robin Schulz with “Headlights”, Fifth Harmony with “Worth It” and Silento with “Watch Me”.

Florence + The Machine have joined other recordings artists this year who have seen one of their albums spend two or more weeks at the top of the chart. That exclusive club this year includes Taylor Swift, Ed Sheeran, Sam Smith and Lee Kernaghan. And the 50 Shades Of Grey soundtrack too!

Florence + The Machine’s “How Big, How Blue, How Beautiful” has bounced around the top five in the past three weeks going 1-3-1 as it returns to the top.

The highest new entry in the chart is Adam Lambert with “The Original High” at #4. He presented a New York showcase last week at the iHeartRadio Theatre and will no doubt visit here later this year to promote the new release. 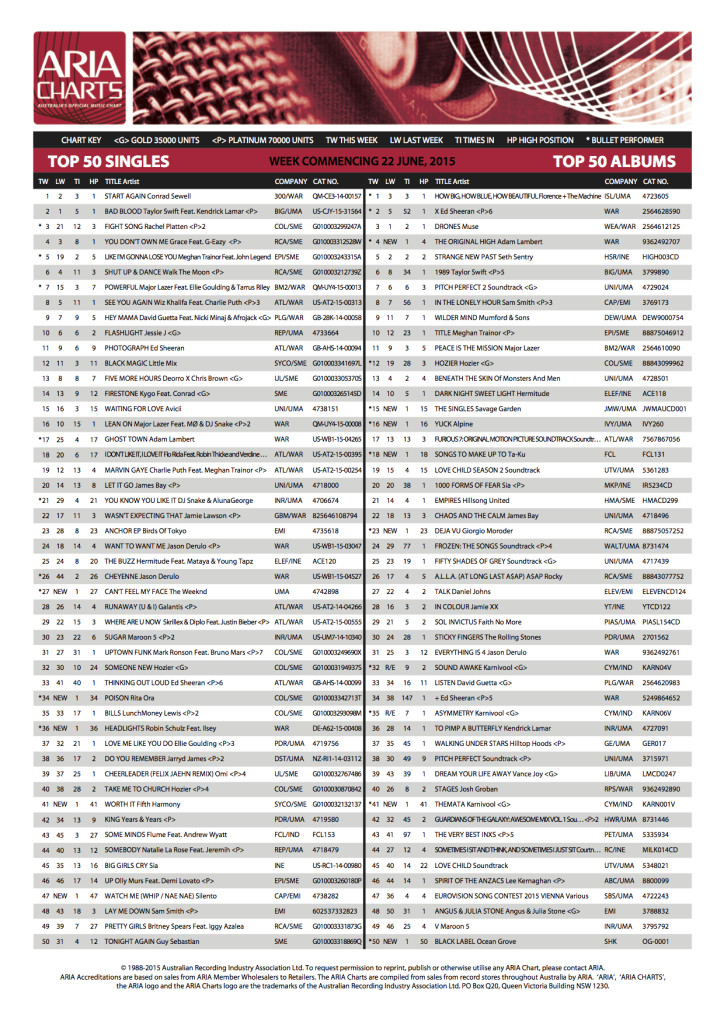