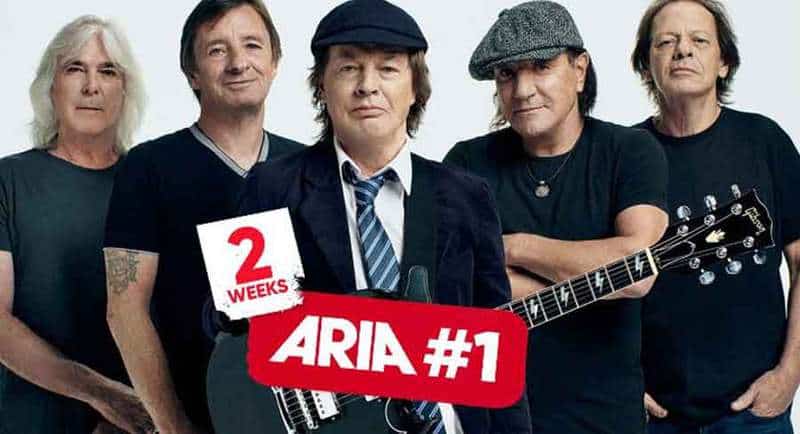 A seventh week at #1 for Mood from 24kGoldn featuring Iann Dior.

Only change to the top 10 was the arrival of Shawn Mendes and Justin Bieber with Monster at #7. This is the second track from the forthcoming fourth Mendes album Wonder due at the end of this week.

New to the top 20 at #14 was Miley Cyrus with Prisoner featuring Dua Lipa. This Cyrus track also appears a week before the release of her next album Plastic Hearts.

As BTS debut high again on the album chart this week, they have a number of tracks appearing on the singles chart. Highest of them is Dynamite at #16 in its 14th week on the chart with Life Goes On a new entry at #27.

Two other chart debuts in the top 50 this week:

#40 Hooligan Hefs with Send It! First time in the ARIA Singles top 50 for the Sydney hip hop artist. His EP Living in Sin did make the top 10 on the album chart back in August this year.

#48 Meduza with Paradise featuring Dermot Kennedy. Third time in the ARIA Top 50 for the Italian production trio after two appearances in 2019. Here they are working with the Irish singer/songwriter Kennedy who cracked to Top 50 Album chart last year with his debut album Without Fear.

ARIA Award winners didn’t have an obvious chart impact, yet, but it was nonetheless another cracking week for Australian music with six albums in the top 10 plus Delta and Kylie both hovering just outside the top 10.

AC/DC spend another week at #1 with PWR/UP and three of the new releases in the top five are Aussie:

#2 BTS with Be. The highest new entry this week from the K-pop stars is their fourth entry on the ARIA Album Chart this year. The group scored a #1 back in March with Map of the Soul. Sydney electro pop twins Cosmo’s Midnight produced and co-wrote the track Fly To My Room.

#3 Tim Minchin with Apart Together. It took him a while, but Minchin has finally released his first studio album. The musician, comedian, actor and writer who wrote the musicals Matilda and Groundhog Day has previously released five live albums until 2013 before a seven-year album hiatus.

#4 Something For Kate with The Modern Medieval. The first album for eight years is the seventh studio album from the on-again of-again Melbourne alt-rock trio led by Paul Dempsey and featuring long-time colleagues Stephanie Ashworth and Clint Hyndman. Four singles have been released from the album starting with Situation Room earlier this year. The band had #1 albums in 2003 with The Official Fiction and 2006 with Desert Lights.

#5 Nick Cave with Idiot Prayer – Nick Cave Alone At Alexandra Palace. The audio version of the performance film recorded in June this year featuring 22 tracks from early Bad Seeds and Grinderman, right through to the most recent Nick Cave & The Bad Seeds album, Ghosteen.

Eight other albums also cracked the top 50 on debut, including:

#17: Skegss with Holiday Food/Everyone Is Good at Something. The re-issue of EPs from 2016 and 2017 is the second 2020 chart entry for the Byron Bay trio. The band also charted this year with the re-release of the 2015 EP 50 Push Ups for a Dollar.

#26 Josh Groban with Harmony. A collection of new tracks written by Groban and covers from artists as diverse as Kenny Loggins, Joni Mitchell and Elvis.
#37 Hilltop Hoods with Walking Under Stars (Instrumental Edition). One of a series of four vinyl-only instrumental versions of their last four albums. Each release limited to 1,000 copies globally.
#41 Megan Thee Stallion with Good News. Modest chart debut for the first studio album from the hip hop artist who spent six weeks at #1 this year for her work with Cardi B on WAP.
#44: Tired Lion with Breakfast for Pathetics. Second album from the Perth band which follows Dumb Days which peaked at #21 in 2017.
#45 Killer Be Killed with Reluctant Hero. Second album from the US heavy metal supergroup comes six years after their debut.