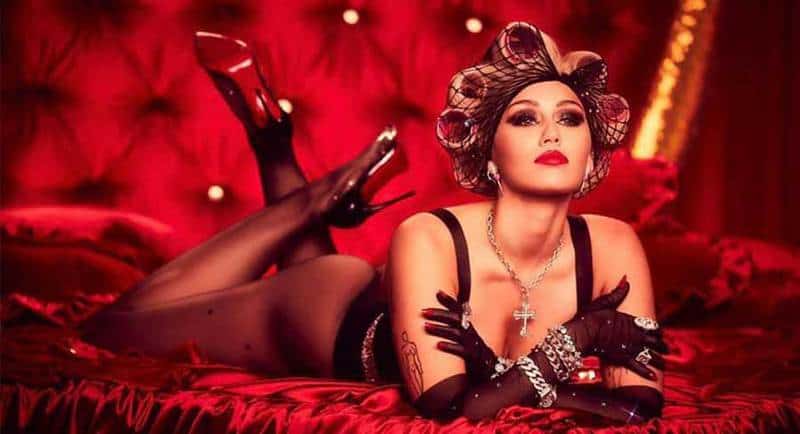 No change at the top again with Mood from 24kGoldn featuring Iann Dior at #1 for an eighth week. That is now the second most weeks topping the chart in 2020 after The Weeknd’s Blinding Lights spent 11 weeks at #1 to start the year.

The only arrival into the top 10 was Midnight Sky from Miley Cyrus which jumped from #13 to #7 after 16 weeks. The move coincides with the arrival of her new album Plastic Hearts in the top 10.

There was just one new entry into the top 50 this week:

Plenty of chart re-entries this week though as Christmas fever grips the nation!

#16: Mariah Carey with All I Want For Christmas Is You. The song has charted for a total of 35 weeks since its original release in 1994, finally peaking at #1 last year.
#40 Wham! With Last Christmas. Andrew and George light up the chart for a 28th week (on ARIA charts) since the original release in 1984.
#41 Michael Bublé with It’s Beginning to Look a Lot Like Christmas. A fifth week on the chart for this Bublé track after this recording was first released as a single in 2012, a year after the track first appeared on his Christmas album.

A third week at #1 for AC/DC with PWR/UP. The longest run at #1 this year was Taylor Swift with Folklore topping the charts over four weeks. Also spending three weeks at #1 was Music from the Home Front. A number of artists did two weeks at #1 including Harry Styles, Lady Gaga, Drake and BTS.

A total of five albums made their debut in the top 50 this week:

#2 Powderfinger with Unreleased (1998-2010). A ninth time in the top 10 albums for the Brisbane band. A second time on the chart this year after the band re-entered at #2 with the 20th Anniversary Edition of Odyssey Number Five.
#3 Miley Cyrus with Plastic Hearts. A sixth time in the top 10 with her seventh album.
#23 Spacey Jane with No Way to Treat an Animal. The Fremantle band score a second top 50 appearance this year after charting with their debut album Sunlight which peaked at #2 in June.
#26 Steps with What the Future Holds. The sixth album for the British pop act and the first since 2017.
#36 The Smashing Pumpkins with CYR. The 11th album from the US rockers comes after 10 tracks were first released as singles. Their previous album Shiny and Oh So Bright, Vol. 1 / LP: No Past. No Future. No Sun didn’t make the top 50 here. The band last cracked this top 50 chart in 2012 with Oceania.