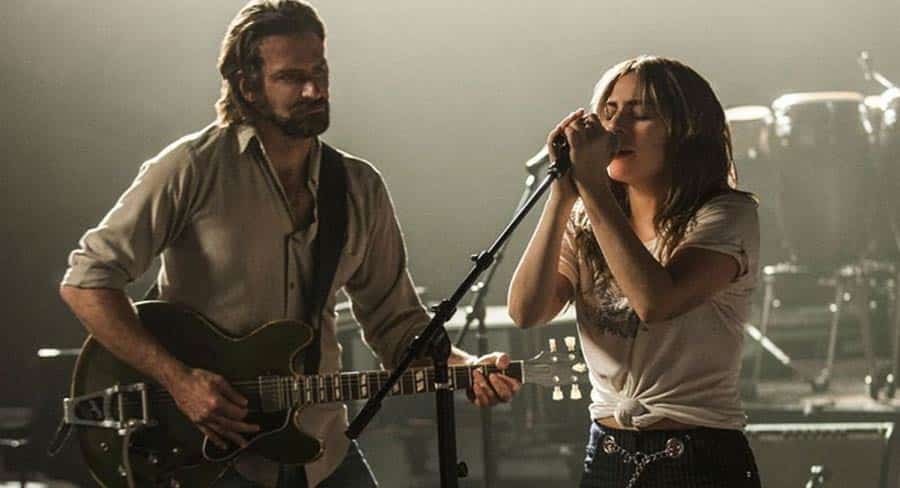 • Singles: Unlikely pop duo of Lady Gaga and Bradley Cooper top chart
• Albums: And get this – Gaga and Cooper have the #1 album too

George Ezra has surrendered top spot to a track from A Star Is Born as Ezra’s Shotgun drops from #1 to #2 after 15 weeks on the chart. The two stars of the hit movie – Lady Gaga and Bradley Cooper – perform the music on the soundtrack. This is the first time Gaga has topped the chart since February 2011 when Born This Way was #1.

The only other change to the top 10 was Billie Eilish debuting at #10 with When The Party’s Over. This is the second top 10 entry for the 16-year-old US singer-songwriter.

Five other tracks made it into the top 50 on debut:

#13 Post Malone & Swae Lee with Sunflower (From Spider-Man: Into The Spider-Verse)

#18 Lady Gaga with Always Remember Us This Way

#30 Khalid with Suncity featuring Empress Of

#33 Dua Lipa with Kiss And Make Up

A real cleanout of the top 10 this week with seven new entries and a further three new releases debuting inside the top 50.

A Star Is Born week continues on the albums chart with the soundtrack catapulting Lady Gaga and Bradley Cooper to the top from #3 last week in their third week on the chart. This is Gaga’s third #1 album and the first since Born This Way in May 2011.

#2 Rufus Du Sol with Solace. Third top three album for the Sydney act after the previous two albums debuted at #1.

#5 Queen with Bohemian Rhapsody. Soundtrack to the movie, which is released this week.

#6 Various Artists on Triple J’s Like A Version 14. A top 10 debut after the previous album landed at #1 in October last year.

#10 Greta Van Fleet with Anthem Of The Peaceful Army