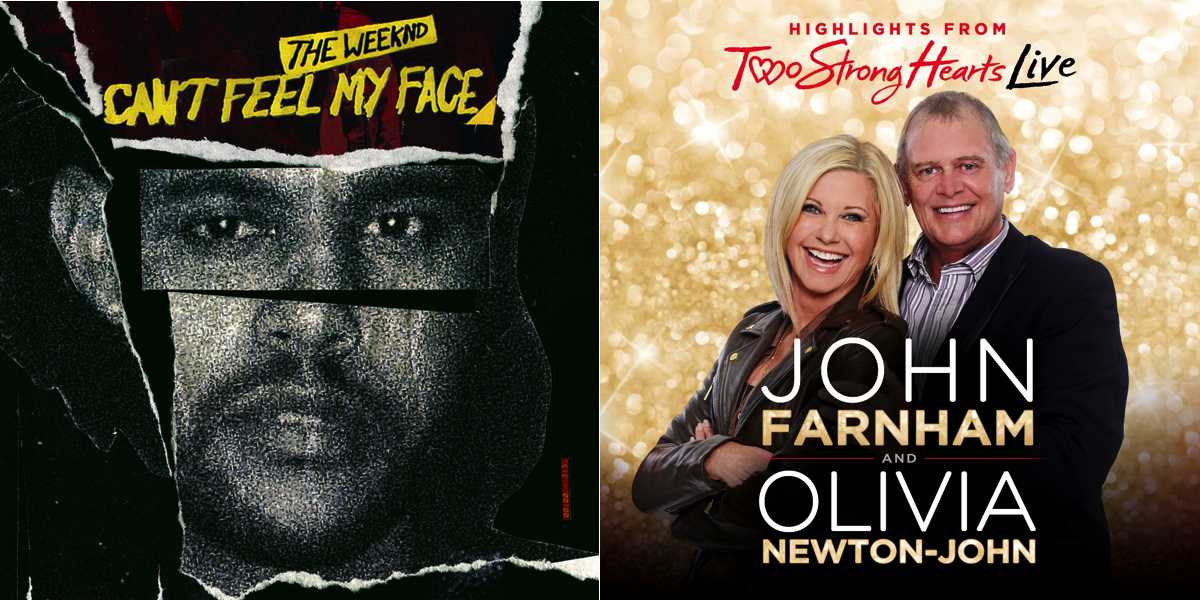 Meghan Trainor has secured a second week topping the chart with “Like I’m Gonna Lose You” featuring John Legend. Trainor is the chart champion this week with the #1 single and the #2 album. Take that Ed Sheeran and Taylor Swift! Trainor spent four weeks on top last August with “All About That Bass”.

Making a charge for the #1 spot perhaps next week are the two new entries in the top 10.

Canadian PB R&B artist The Weeknd jumps from #13 to #4 with “Can’t Feel My Face” in its third week while Robin Schulz zooms from #22 to #6 with “Headlights” featuring Ilsey.

Other top 10 candidates making there way higher this week were:
#16 to #11 DJ Snake and AlunaGeorge with “You Know You Like It” after seven weeks
#41 to #16 Selena Gomez featuring A$AP Rocky with “Good For You” after two weeks
#28 to #17 Silento with “Watch Me” after four weeks
#36 to #18 Travie McCoy featuring Sia with “Golden” after two weeks
#89 to #37 Tinie Tempah featuring Jess Glynne with “Not Letting Go” after three weeks
#83 to #41 Lost Frequencies with “Are You With Me” after two weeks
Just two new releases debuted inside the top 50:
#22 Sydney dance trio Rüfüs with “You Were Right”
#46 Sydney pop-rockers Little Sea with “Change For Love”

Four new entries in the top 10 and seven in total new to the top 50 this week.

One of the “newcomers” has pushed Ed Sheeran out of top spot – chart veterans John Farnham and Olivia Newton-John. Their “Two Strong Hearts” rocketed to first place, with ARIA calculating its the ninth time at the top with an album for Farnham, and third time at the top for Newton-John. The album features highlights from their tour earlier this year.

The other top 10 debuts are:
#7 Thy Art Is Murder with “Holy War” – Blacktown deathcore (!) with their third album
#8 Tori Kelly with “Unbreakable Smile” – US singer/songwriter who performed a Sydney showcase for EMI in May
#10 Refused with “Freedom” – Swedish hardcore heroes
Holding their spots in the top 10 are four album chart regulars – Meghan Trainor, Ed Sheeran, Taylor Swift and Sam Smith – who between them have racked up 173 weeks on the chart with their current albums.
The other three new top 50 entries this week are:
#26 Meek Mill with “Dreams Worth More Than Money”
# 33 Kacey Musgraves with “Pageant Material”
#43 August Burns Red with “Found In Far Away Places”