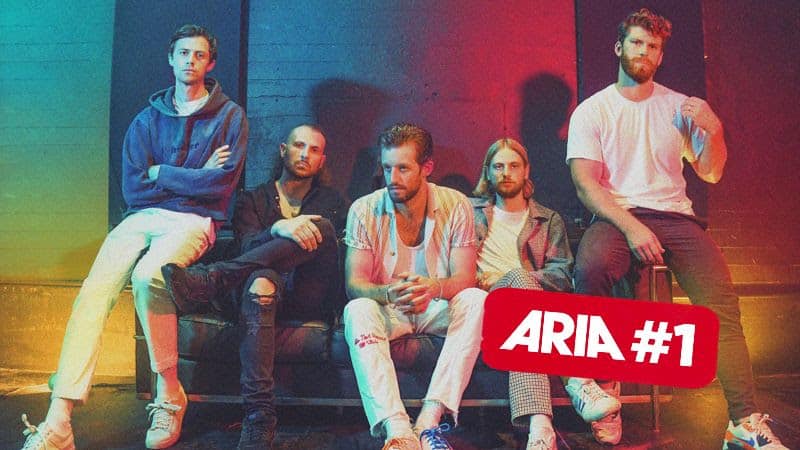 A fourth Australian artist tops the chart in 2021

Another week at #1 for Olivia Rodrigo with Drivers License making it six in a row.

The highest new ARIA Chart entry, and one of five singles new to the Top 50, was at #3 from Lil Tjay and 6lack – Calling My Phone. ARIA notes Lil Tjay previously charted as the featured artist on Pop Smoke’s Mood Swing (#5 September 2020). 6lack last charted when he collaborated with Khalid and Ty Dolla Sign on OTW (#27 June 2018).

P!nk is back on the chart this week and she and her daughter Willow Sage Hart debut at #15 with Cover Me in Sunshine. The home recording was released as a Valentine’s Day gift for fans. This is P!nk’s first time charting as a solo artist since Hurts 2B Human charted briefly in May 2019. She made the top 10 Singles in September 2020 alongside Keith Urban on One Too Many.

Another new arrival from a chart veteran is Love Story (Taylor’s Version) landing at #21 for Taylor Swift. This new version is a re-recording of a release from 2008. The song was Swift’s first #1 in Australia, spending two weeks atop the chart in 2009.

Also new this week is We’re Good from Dua Lipa at #27 and Astronaut in the Ocean from Australian rapper Masked Wolf (aka Harry Michael) at #47.

Yet another Australian artist has debuted at #1, this time it’s The Rubens as 0202 becomes their first chart-topping album. The band are no stranger to the album chart though with their previous three albums all peaking in the top three.

The Rubens said after getting the news: “We are absolutely thrilled to take out #1 with our fourth album, the first time to land the position for us. We uploaded our first track on triple j unearthed 10 years ago and to be still doing what we love and connecting with fans all over the world means so much to us, especially after such a tough year for our industry as a whole. To Ivy League Records/Mushroom, Grow Yourself Up and the rest of our team, thanks for your hard work and support. To our families, absolute rocks. To our fans old and new, thank you for coming on our journey and getting behind us. We cannot wait to hit the road to share the new album live.” The band are playing dates along the east coast in April and then head to WA in May.

ARIA CEO Annabelle Herd added: “A huge congratulations to The Rubens on hitting number #1 for the first time with their new album 0202. It’s an incredible feat 10 years into a career, and I look forward to seeing them continue to knock down more milestones into the next 10 and beyond. I also want to congratulate everyone in The Rubens team, Ivy League Records and Mushroom.”

The Ruben’s new album is the fourth Australian #1 album on the ARIA Charts so far in 2021. Seven other albums were new to the Top 50 this week:

#7 Luca Brasi with Everything Is Tenuous. The Tasmanian band score a new ARIA Albums Chart peak with their fifth studio album and a second Top 10 appearance after Stay in July 2018.

#10 The Amity Affliction with Chasing Ghosts. The Gympie band return to the top 10 after the vinyl release of an album that peaked at #1 in 2012. It was the first of four #1 albums for the Queenslanders.

#11 Slowthai with Tyron. The British rapper makes his ARIA Chart debut with his second album.

#12 Sia with Music – Songs from and Inspired by the Motion Picture. The Australian artist’s first appearance on the Top 50 album chart since 2017 when Everyday is Christmas peaked at #7 in November. Sia had #1 albums with 1000 Forms of Fear in 2014 and This is Acting in 2016.

#15 The Pretty Reckless with Death by Rock and Roll. The highest chart debut here for the release of the New York rock band’s fourth album.

#43 Florida Georgia Line with Life Rolls On. The fifth album from the US country duo whose previous two releases both hit the top 10. The band is best known here for Meant to Be, their single with Bebe Rexha which peaked at #2 in 2017.