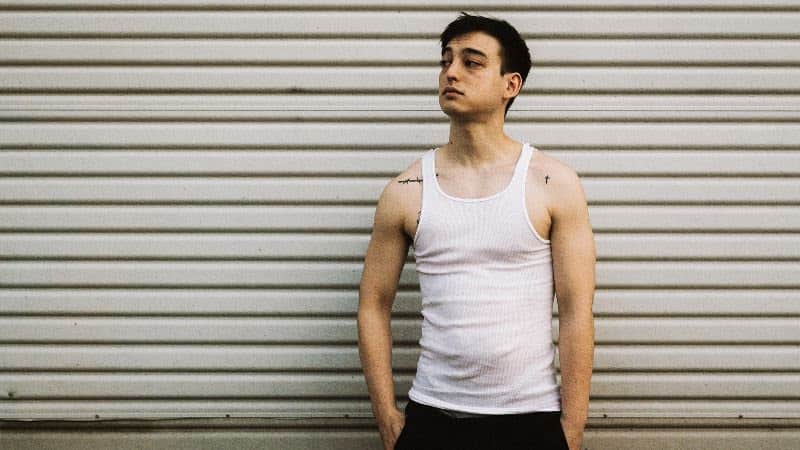 It doesn’t happen often so let’s celebrate a new #1. After seven weeks 24kGoldn featuring Iann Dior lands on top after seven weeks on the chart with Mood. It is the first #1 in Australia for the US rapper also known as Golden Landis Von Jones. It’s only the second time on the singles chart for 24kGoldn after City of Angels peaked at #25 earlier this year. Both tracks probably to feature on his forthcoming debut studio album El Dorado.

The only other change to the top 10 was the arrival of Canadian Tate McRae at #10 for a new peak with You Broke Me First after eight weeks on the chart. The arrival of McRae in the top 10 gives Sony Music five of the 10 highest-charting singles.

The highest of just three debuts in the top 50 is at #31 – Travis Scott featuring Young Thug & M.I.A. with Franchise. This is Scott’s third time in the top 50 this year after his collaboration with Kid Cudi on The Scotts (#4 May 2020), as well as the 2016 single Goosebumps (#45 May 2020). His most recent album was 2018’s #1 Astroworld although he recently told GQ magazine about a planned collaboration album with Kid Cudi.

The other chart debuts this week:

#46 Sam Smith with Diamonds. The track is a preview of Smith’s third album Love Goes which is set for release in the last week of October.

#50 Salem Ilese with Mad at Disney. Another tune that owes much to the success of TikTok.

Re-entering the chart at #39 is Fleetwood Mac with Dreams. Surprisingly the song has only ever spent 10 weeks on the chart previously with a chart peak of #19. The song has been getting some love on TikTok in a clip accompanying a skateboarder. The clip received the seal of approval from the band who reshared it on their social media channels.

This week’s new album champ at #1 is Joji with Nectar. The chart-topper for the Australian-Japanese artist follows the 2018 release Ballads which peaked at #17. Nectar includes collaborations with Benee, Lil Yachty and Diplo, among others. ARIA notes Joji is the first artist part of the hip hop collective 88rising to have a #1 album in Australia.

Dan Rosen, the outgoing CEO of ARIA, said: “I’d like to congratulate Joji on scoring his first ARIA #1. Joji is challenging and redefining what a musician does in the modern age. He plays many roles and has many talents, and I’m glad that he can add ‘chart-topper’ to his long list of achievements.”

A total of eight albums debuted in the top 50 this week, five of them in the top 10:

#2: Machine Gun Kelly just missed top spot with Tickets to My Downfall. His move from rap to pop-punk has moved the genre back into the mainstream. The US artist has been hard to miss with promotional activity online, radio and TV this week in a successful PR campaign from Universal Music. Musical guests on the new album, a follow-up to Hotel Diablo in 2019, include Halsey, Iann Dior, blackbear and Trippie Redd.

#3: Deftones with OHMS. The alt-metal US band’s ninth album follows Gore which actually topped the chart back in April 2016. Eight of those albums have all found a home in the top 50.

#6: Alpha Wolf with A Quiet Place to Die. Burnie’s beastliest metal merchants (now menacing Melbourne) crack the ARIA top 10 for the first time with their second studio album. The first, Mono, made it to #29 in 2017.

#7: Idles with Ultra Mono. The British rock band’s third album is their ARIA top 50 debut. The Bristol band formed in 2009 but released their first studio albums in 2017 and 2018. They’ve been busy this year, first releasing a live album, Live at Ramsgate Music Hall, before turning attention to Ultra Mono. Called a “punk” group continuing a fine British tradition by some, British rock bible Kerrang! said “Frightening times call for a frightening band” as they scored the release 4 out of 5.

#32 Sufjan Stevens with The Ascension. Tenth album for the prolific US singer/songwriter.

#45 Little Peep with Hellboy. The final mixtape from the US rapper is part of a re-release of his material to note the fourth anniversary of his death.

#48 Helen Reddy with Helen Reddy’s Greatest Hits. A tribute to the Aussie superstar who died this week. It should have motivated more downloads though and a top 10 spot. If you enjoy the work of Helen Reddy you’ve probably already checked out the Stan Original movie about her life. If not subscribe today to the streaming service and enjoy one of the best films of the year.