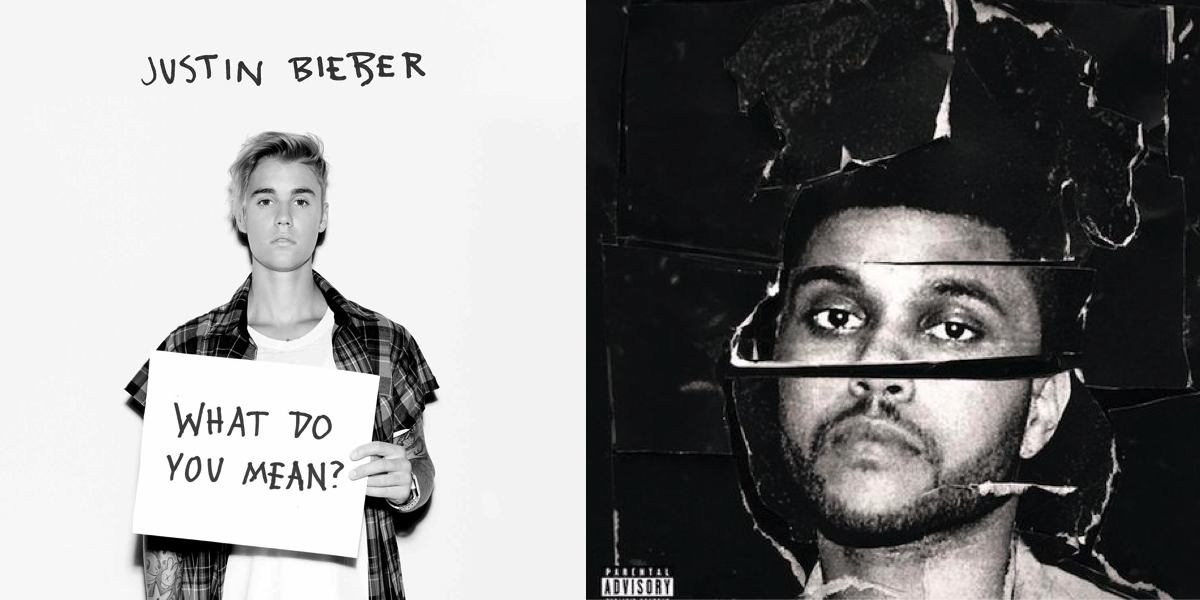 ARIA Charts: Canadian chart takeover as Justin Bieber and The Weeknd both debut on top

Singles: It’s all about Justin Bieber…and the return of Macklemore and Ryan Lewis
Albums: A new chart and a new #1, and #2 and #3: Hello to Weeknd, Halsey and Foals

Justin Bieber started the week at the MTV VMAs where he unloaded his new single and shed a tear or two at the end of his live performance. The week ended with details of a visit down under and his first #1 single here. Bieber’s first single from his forthcoming fourth album improves on his previous best “Baby” which peaked at #3 in May 2010.

“What Do You Mean?” was also an instant hit in the UK, landing Bieber his first #1 single in that country too. The arrival of Bieber meant that Calvin Harris & Disciples only spent one week leading the chart with “How Deep Is Your Love” dropping to #7 this week.

Another significant chart mover was Macklemore and Ryan Lewis who stormed into the top 10 too on debut with “Downtown” a reminder of how they dominated the chart in 2014. Their singles “Same Love” and “Thrift Shop” dominated the charts at the start of 2013 and at one stage were #1 and #2.

Three other tunes also debuted inside the top 50 this week:
#25 Ellie Drennan with “Ghost”
#34 5 Seconds Of Summer with “Jet Black Heart”
#45 Omi with “Hula Hoop”

Finding its way into the top 50 on its second week on the charts was “Whip It” from LunchMoney Lewis up from #57 to #33.

Eleven newcomers barged their way into the top 50 with an all-new top three.

The Weeknd continues his remarkable recent chart success with “Beauty Behind The Madness”, the second album from the Canadian recording artist, which pushed Disturbed aside at the top as their “Immortalized” dropped to #6 in its second week.

New at #2 is American singer/songwriter Halsey with “Badlands” while UK indie rockers Foals are at #3 on debut with “What Went Down”.

The other player in the top 10 for the first time is Melbourne folk-rock outfit The Paper Kites with “Twelvefour”.

Meghan Trainor departs the top 10 for the first time in 11 weeks with “Title” at #12. Prior to that Trainor had a consecutive run of 19 weeks in the top 10 meaning she’s only been out of the top 10 on four weeks out of her 34 on the chart. There’s no budging either Taylor Swift or Summer Bay’s Ed Sheeran from the top 10 though.