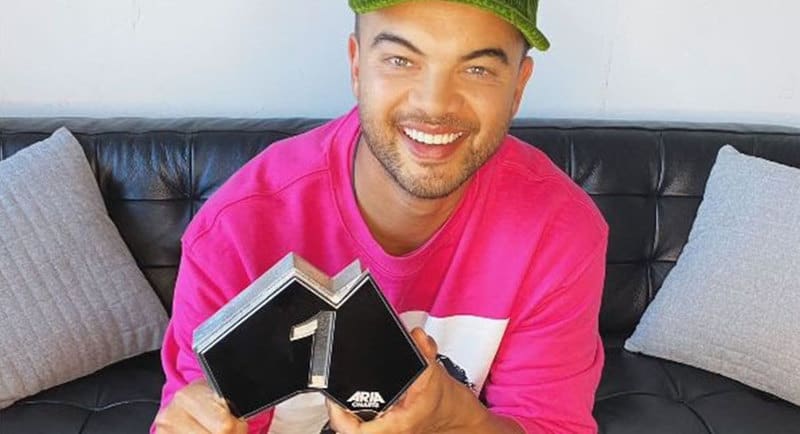 The only change to the top 10 is at #10 with Ritt Momney moving up two places after five weeks on the chart with Put Your Records On. Corinne Bailey Rae’s version of the song peaked at #30 in Australia in April 2006. This is Momney’s first time with a top 10.

The sole new entry into the top 50 comes at #14 – Justin Bieber & Benny Blanco with Lonely. This marks Bieber’s fifth time in the top 50 this year. Bieber’s latest chart success comes as YouTube Originals announced a release date for Justin Bieber: Next Chapter, a follow-up to the hit 10-episode docuseries, Justin Bieber: Seasons, which followed the recording of his album, Changes: Next Chapter. The new doco will premiere on October 30. 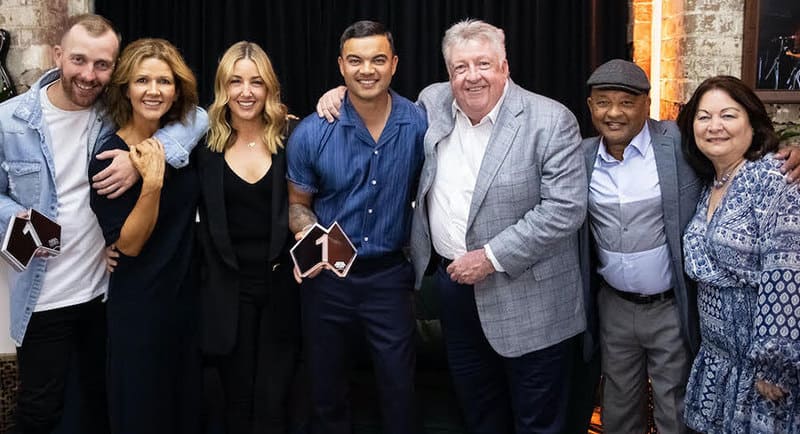 Upon hearing the news, Guy Sebastian told ARIA, “What a journey it’s been. I still can’t believe that one of the most personal albums I have released has resonated with so many people.

“It has been quite an extraordinary year for everyone, and I am really humbled that these songs have connected and helped along the way. Thank you to Denis Handlin, Pat Handlin and my Sony Music family as well as Jen Fontaine and her Private Idaho team and everyone who has supported this album. I am forever grateful.”

Dan Rosen, CEO of ARIA, said, “A huge congratulations to Guy Sebastian on his return to the top of the ARIA Chart. He continues to deliver incredible music, and well into his second decade in the industry he is at the height of his powers. It has all been done with hard work, creativity and talent. He is always one to give back, as showed last year hosting our ARIA Awards. I am absolutely thrilled to see him back at #1.”

There were five other albums new to the chart this week: #4: Skegss with 50 Push Ups For A Dollar. The second album from the Byron Bay garage rock trio Skegss secures a second top 10 entry. The band’s debut My Own Mess peaked at #2 in September 2018.
#10: Powderfinger with Odyssey Number Five: 20th Anniversary Edition. The band’s rerelease of their #1 album from 2000 is back in the chart again after arriving at #2 in September when it was reissued.
#22: Eagles with Live From The Forum MMXVIII. Recorded at The Forum in Los Angeles over three nights in September 2018, this is the band’s first release to feature new members Deacon Frey (son of the late Eagles co-founder Glenn Frey) and country artist Vince Gill along with Don Henley, Joe Walsh, and Timothy B. Schmit. While the Eagles previous live album Hell Freezes Over peaked at #23 in 1994, it did brilliant business in this country as a DVD release where it achieved 20x platinum status. A subsequent Live from Melbourne DVD in 2005 is 13x times platinum.
#23: BTS with Skool Luv Affair. A busy 2020 for the K-pop superstars with their third album chart entry for the rerelease if their second EP from 2014.
#28 Angus Gill & Seasons of Change with 3 Minute Movie. Golden Guitar nominated singer/songwriter and producer Angus Gill teams up with the members of Paul Kelly’s band for this release.
#32 Matt Beminger with Serpentine Prison. The debut full-length solo release for The National’s front man was recorded over 14 days with legendary producer, musician and songwriter Booker T. Jones.