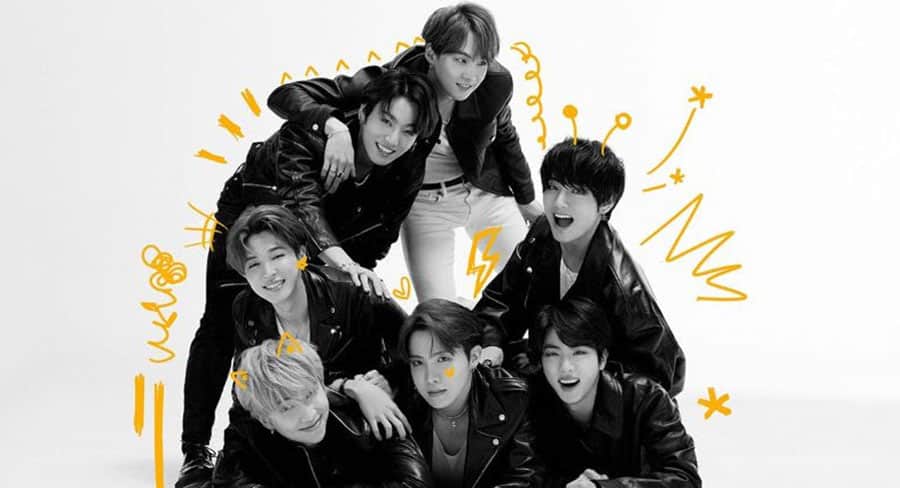 Another week with little new music managing to find its way even close to the top and four new arrivals into the top 50.

The Weeknd has spent another week on top giving Blinding Lights its sixth week at #1. Ironically the highest new entry into the chart, and just missing a top 10 debut, was also from The Weeknd, with After Hours entering the chart at #11.

On from BTS was the next best in terms of new arrivals with a chart debut at #29. It is a track from the fourth album from the Korean superstars and the album features a version of the single featuring Sia. The band performed the new single inside New York’s Grand Central Station last week during a performance on Jimmy Fallon’s Tonight Show.

Two more artists managed to debut just outside the top 40:

#42 Lil Mosey with Blueberry Faygo. An American rapper, singer and songwriter from Seattle, Washington known to his family as Lathan Moses Echols.
#43 Endor with Pump It Up. A remix release from the British DJ which has already raced to 40m streams globally.

No shortage of newcomers at the top of the album chart with four new arrivals holding down the top four spots this week – three of them metal acts. The differences between the top of the two charts regarding longevity are substantial.

#1 BTS with Map of the Soul 7. The seventh album from the Korean superstars (fourth sung in Korean). The band has just postponed a string of April dates in the South Korean capital’s Olympic Stadium because of coronavirus concerns. This is their second #1ARIA album.
#2 The Amity Affliction with Everyone Loves You…Once You Leave Them. The seventh album from Gympie’s finest and it could be the first of the last five releases not to go #1 if it doesn’t creep higher which would be unlikely given the way albums shoot up and then down the chart.
#3 Polaris with The Death of Me. More metal new this week, this time from the Sydney band Polaris with their second album.
#4 Ozzy Osbourne with Ordinary Man. The 12th solo album (and first in a decade) from the British music legend and the first apparently made while completely sober! Also the first solo album from Ozzy in the top 10.

Of the four other newcomers this week, one of them made it into the top 10: