• Singles: The Weeknd still #1 as new Tones and I enters chart

Chart déjà vu (again) this week with Blinding Lights from The Weeknd still #1, a spot it has held now for nine weeks. When Australians like a particular track they really like it. There has only been one other artist at #1 since August 5, 2019 other than the Canadian performer and Tones and I. That was Mariah Carey who occupied #1 on the last singles chart of 2019 with All I Want For Christmas Is You.

And get this – the second highest new entry this week is from Tones and I – Bad Child enters the top 50 at #18 as the artist’s first new single for 2020. The busker-turned-global pop superstar is also still on the charts with Dance Monkey at #8 (41 weeks) and Never Seen The Rain at #21 (35 weeks).

The highest new entry is for an older track – Tame Impala with The Less I Know the Better at #17. The tune is from its third album released in 2015, but has grabbed attention recently for its appearance on the triple j Hottest 100 of the 2010s where it ranked #1.

Just two other tracks were new to the top 50 this week: 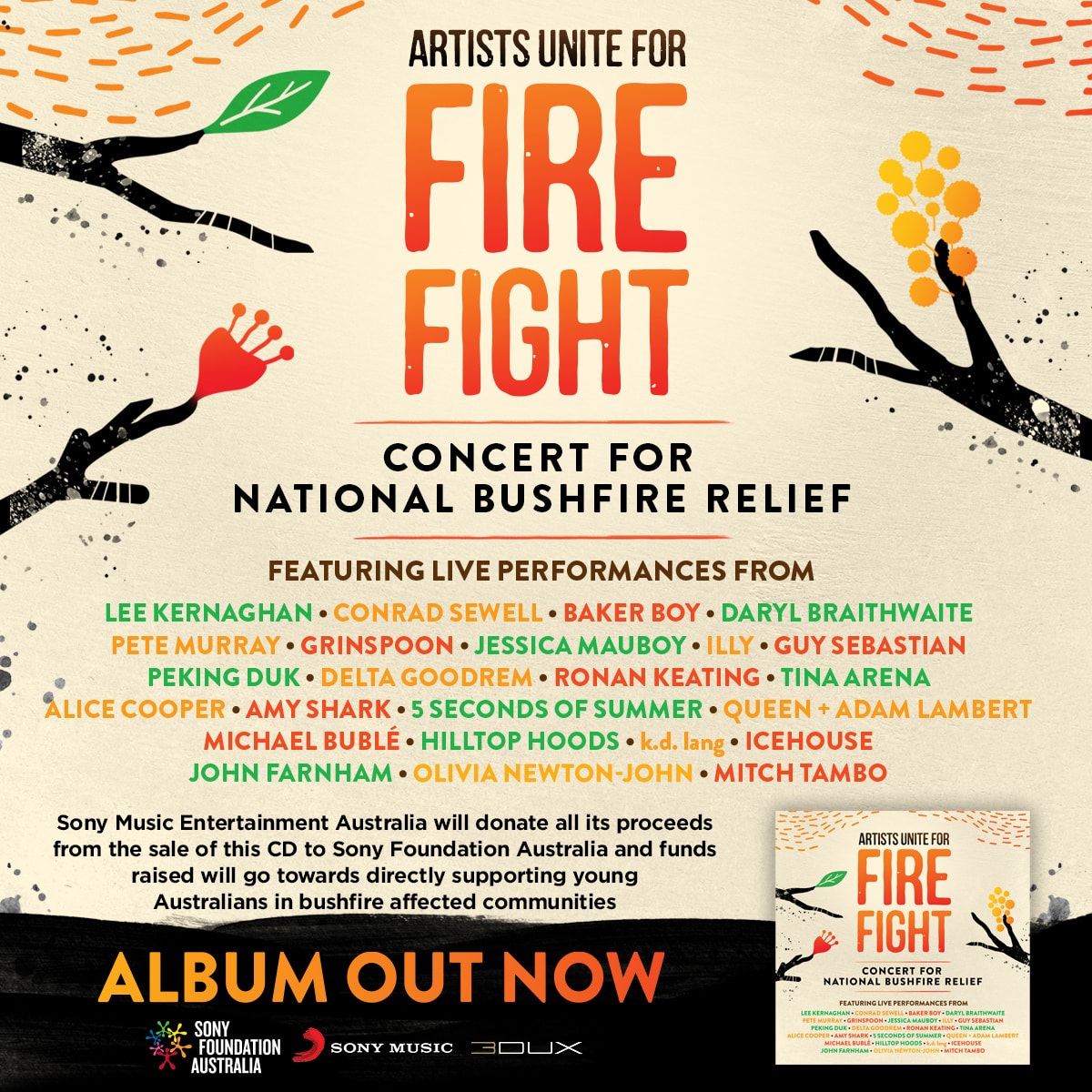 While it remains harder to get off the singles chart than it is to get on, there was no lack of fresh material flooding the album chart. Five new entries in the top 10 this week and two more newcomers lower down the chart.

Taking top spot was the live album from the recent benefit concert, Artists Unite for Fire Fight, going straight to #1. While understandably the double album doesn’t feature every track performed at the event (some 10 hours worth!) it does feature a contribution from all 23 artists – and yes – that includes Queen + Adam Lambert with Hammer to Fall. Sony Music and Cotton On have also produced a special package of the double CD and a concert T-shirt which is available to purchase here.

The remainder of this week’s charting new releases:

#2 Niall Horan with Heartbreak Weather. Second solo album from the former 1D member. The first, Flicker, debuted and peaked at #2 in 2017.
#6 Adam Brand with Speed of Life. Fifteenth studio album, first since 2017 and sixth to go top 10.
#8 Ocean Grove with Flip Phone Fantasy. Melbourne nu-metal act’s second album after their first also went top 10 in 2017.
#10 Fanny Lumsden with Fallow. Third album from western NSW country artist who recently won her second Golden Guitar award in two years.
#14 Kingswood with Juveniles. Third album from the Melbourne rockers after their first two both went top 10.
#20 Don Toliver with Heaven Or Hell. The first studio album from the US rapper/singer/songwriter who has been releasing singles and mixtapes since 2017.