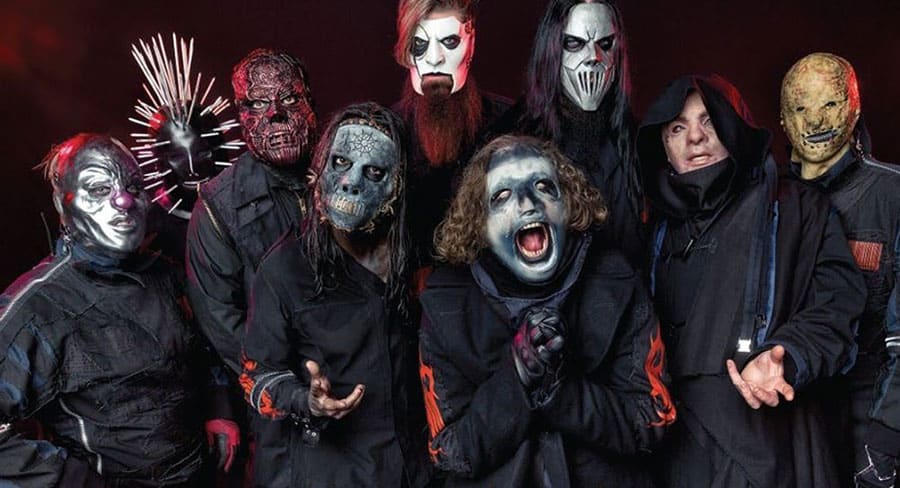 It’s a third week at the top for Tones And I, racking up some valuable weeks at #1 for an Australian single. ARIA reports it has been over a decade since an Australian female solo artist has spent at least three weeks at the top of the ARIA Singles Chart – that was Gabriella Cilmi with Sweet About Me (four weeks at #1, May-Jun 2008). Not only is Dance Monkey still #1, Tones And I still has two other tunes on the top 30 – Johnny Run Away at #18 and Never Seen The Rain at #22.

The highest of just two new entries was at #15 where Lil Tecca is charting with Ransom. The 16-year-old US rapper makes his ARIA top 50 debut with the song.

The only other chart debut this week is Katy Perry with Small Talk at #33. This is Perry’s second single release this year after Never Really Over peaked at #7 in June.

Ed Sheeran has been dethroned after four weeks at #1 as No 6 Collaborations Project slips to #2 in its fifth week of release.

American masked rockers Slipknot did the damage with the release of their sixth album We Are Not Your Kind crashing into the chart at #1. This the band’s third ARIA #1 after .5: The Gray Chapter (#1 October 2014) and All Hope Is Gone (#1 September 2008). The band start an Australian tour in Perth on October 17.

#7 Fleetwood Mac with 50 Years – Don’t Stop. The band is touring Australia with new members Neil Finn and Mike Campbell. If you are not a music streamer, you can get into this 3CD or 5LP box set.
#8: Bon Iver with i,i is the American indie folk act’s fourth album, and their third to go top 10 in Australia.

Special mention to Conrad Sewell who has rocketed back into the top 10 with his former #1 album Life jumping from #25 to #10 after 13 weeks on the chart.

Six other albums debuted outside the top 10, but still in the top 50:

#13 Safia with Story’s Start Or End. The Canberra trio’s second top 10 appearance with their second album.
#14 Seeker Lover Keeper with Wild Seeds. The second album for the superstar trio of Sarah Blasko, Sally Seltmann and Holly Throsby, follows their self-titled debut, which peaked at #3 in June 2011.
#24 ! from Trippie Redd. The second album from US rapper notches up his third chart entry with his second album. His first album Life’s A Trip peaked at #14 in 2018 and a mixtape A Love Letter To You made it to #36 also in 2018.
#25 Bazzi with Soul Searching. The mixtape release follows a recent promo tour to Australia. His first album Cosmic peaked at #41 in April last year.
#26 Route 33 with Coro Drive. Second album from the Brisbane Country duo.
#37 Palm Beach Soundtrack. The Rachel Ward-directed ensemble comedy/drama that features her husband Bryan Brown is made all the more enjoyable by its soundtrack that ranges from Aussie classics from The Easybeats and James Reyne to the next generation in The Teskey Brothers plus classic tunes from Frank Sinatra, Roberta Flack and Steppenwolf.