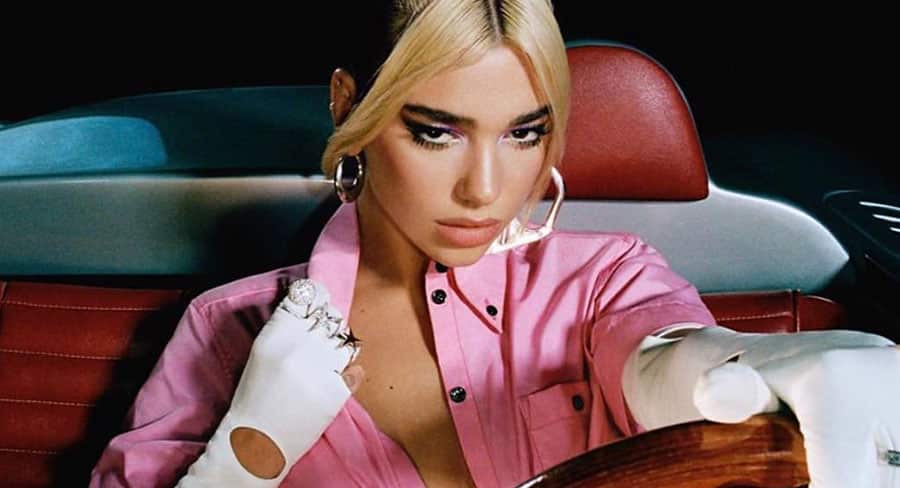 The chart moves again this week indicate what a tough battleground the singles chart is to get into, and out of. Only one newcomer crashes the top 10 this week and there are only two chart debuts in the top 50.

The top 10 new arrival is from Surfaces as the US duo jump all the way from #11 to #10 with Sunday Best.

The highest of the two new entries was Canadian singer/songwriter JP Saxe with If The World Was Ending featuring Julia Michaels, a tune originally released late in 2019.

The sole other top 50 new arrival is Rover from S1mba featuring DTG.

It doesn’t usually take an artist a few weeks to land at #1 on the albums chart. But slow and steady is how it has worked for Dua Lipa with the UK singer/songwriter getting to the top after three weeks on the chart, climbing from #2 where Future Nostalgia spent its first fortnight. The album backs up Dua Lipa’s self-titled debut which peaked at #8 in April 2018. Three singles from the album are spread across the Top 50 singles chart this week Don’t Start Now (#4), Break My Heart (#8) and Physical (#9).

Last week’s Aussie #1, Violent Soho’s Everything Is A-OK, fell like a rock this week, down to #15.

The top 10 newcomers this week are Finnish symphonic metal and another Canadian rapper, singer, composer and producer:

#7 Nightwish with HUMAN.:II: NATURE. The Finns crack the top 10 for the first time with a ninth studio album, improving on their previous best with Endless Forms Most Beautiful in 2015.
#10 Tory Lanez with The New Toronto 3. The fifth studio album from the multitalented Canadian and the follow up to Chixtape 5 which made the top 20 in 2019. Lanez previously released The New Toronto and The New Toronto 2 as mixtapes in 2015 and 2017.

#21 The Strokes with The New Abnormal. The Rick Rubin-produced sixth studio set is the band’s first since Comedown Machine peaked at #7 in 2013.
#28 Joe Satriani with Shapeshifting is the 17th album from the guitar god. It comes after What Happens Next peaked at #20 two years ago.
#29 Dream On Dreamer with What If I Told You It Doesn’t Get Better. This is the final album from the Melbourne post-hardcore band. The COVID-19 crisis has made a mess of their plans for a final tour to support its release. Their previous four albums all peaked in the lower half of the Top 40.