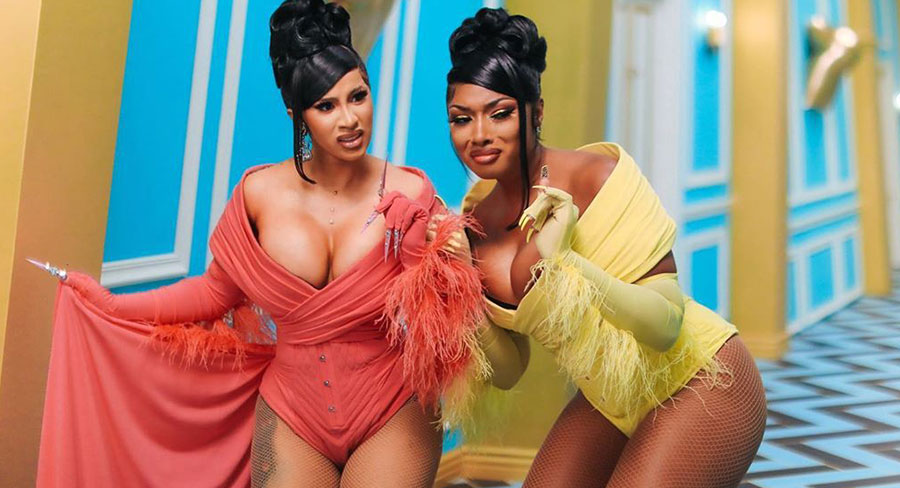 As Savage Love from Jawsh 685 and Jason Derulo sits at #1 for a sixth week it becomes the longest time at #1 by a New Zealand artist (Jawsh 685 – real name Joshua Nanai), breaking a record set by OMC with How Bizarre in 1996. Nanai revealed recently he only had the Tik Top app for about a month before the platform helped Savage Love achieve global success.

Four new tracks debuted in the top 50, two in the top 10 and two just scraping onto the chart.

Highest debut belongs to Cardi B with WAP featuring US rapper Megan Thee Stallion, a track from her forthcoming second album. Surprisingly this is Cardi B’s first time in the top 10 with her own track and WAP is now her highest-charting single after I Like It made it to #14 in July 2018.

Juice WRLD continues to enjoy success in the year following his death with a third track in the top 50. Smile features The Weeknd and is a track on a re-released version of the #1 album Legends Never Die.

Amy Shark’s Everybody Rise is still bubbling away on the chart six weeks after arriving. It climbs six places this week to #34.

The 17-year-old Canadian singer and dancer Tate McRae is also new this week at #47 with You Broke Me First. The first Canadian finalist on the US version of the TV series So You Think You Can Dance, McRae’s song has been helped along by Tik Tok and is her first music release.

At #48 Sia’s Together just made it on the top 50 this week with her first single to chart in two years. The tune is from the soundtrack to Sia’s forthcoming film Music which she wrote and directed. Artists have not been hanging around the top of the album chart this year, unlike artists who top the singles chart. In fact Taylor Swift’s Folklore becomes the first album to top the chart for three weeks this year. Our sketchy record keeping indicates the last time anyone did any better was Post Malone with Hollywood’s Bleeding which resided at #1 for six weeks during 2019. A chart run that interestingly kept Taylor Swift’s Love from top spot for several weeks after it debuted at #1.

This week’s eight chart debuts are:

#2 Luke Bryan with Born Here Live Here Die Here. The third top 10 album for the US country star’s seventh album is also his highest-charting.
#3 In Heart’s Wake with Kaliyuga. The fourth top 10 album from Byron Bay’s loudest is the metalcore act’s fifth album. The band’s chart high is 2015’s Skydancer which peaked at #2.
#6 Glass Animals with Dreamland. The first album in fours year from the British psychedelic pop act is their first time in the top 10.
#13 Deep Purple with Whoosh! Classic British hard rockers are still going after forming in 1968. Three of the current five members – Ian Paice, Roger Glover and Ian Gillan – have been with the band since 1969 with the “newcomers” only on board for the past 20 years or so. The band’s 21st album has generally been favourably reviewed and features some familiar Deep Purple trademarks like advancing walls of music and guitar licks from Steve Morse who had to fill the big shoes of Ritchie Blackmore and (briefly) Tommy Bolin.
#22 Bronson with Bronson. The debut release from Australian DJ/producer Golden Features and US electronic music duo Odesza.
#23 Stand Atlantic with Pink Elephant. Chart debut from Sydney pop punk band with their second album
#25: sleepmakeswaves with These Are Not Your Dreams. A collection of EPs from the Sydney post-rock trio effectively becomes their fourth album and their first time on the chart since the third album Made of Breath peaked at #15 in 2017.
#33: Teeny Tiny Stevies with Thoughtful Songs for Little People. The third album from the Melbourne children’s music duo.